MONDO has a new poster for PREDESTINATION, the Spierig Brother adaptation of Robert Heinlein's ALL YOU ZOMBIES!

Hey folks, Harry here...  Have you read, Robert Heinlein's short story, ALL YOU ZOMBIES?   If not...  don't worry about it, just see the movie.   The Spierig Brothers have done an absolutely stunning adaptation.   They've subtracted almost nothing from the original short story, but have added a bit, which just gives more weight to the proceedings!  The Brothers have made the best Robert Heinlein accurate adaptation to date.   The short story is available online via a simple search for ALL YOU ZOMBIES, but the film, PREDESTINATION is so good that I have to recommend, if you haven't read, don't spoil the surprise yet, becaust this film is absolutely killer.   I've watched it 3 times in quick succession because I had to show people that I was dying to talk to about the experience of the film.   Firstly, my wife, who was completely captivated by this very powerful story that Heinlein constructed.   If you have read the short story, then you know that the film would probably need to add something to flesh it out.   What the Spierig brothers added was weight and threat to the story, it works perfectly with what Heinlein intended to be in the story - the the "tale" that is told in that original short story, it is intact, visualized and incredibly captivating. 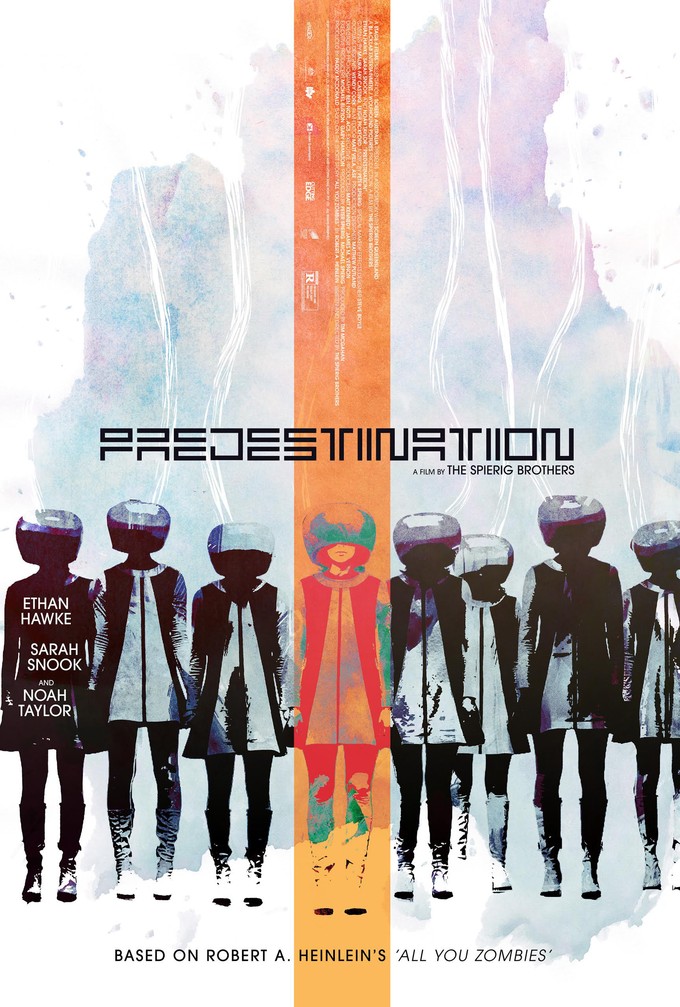 And just in case you haven't seen the trailer, which doesn't really spoil that much... here ya go: