OK - This STAR WARS: THE FORCE AWAKENS has just gotten real... here's the first LEGO VERSION of the Teaser!

Hey Folks, Harry here...  Seems JJ did a great job here with the trailer, cuz it got one fan so geeky that he spent all day making the LEGO version and got it uploaded it at 4am today...   SO...  Gather the kids and the adults in Underoos around, cuz all is right in the STAR WARS UNIVERSE now that we have Boyega & Ridley in brick form!   And I love the LEGO version of Sithcalibur!!!

Also - Fyi...  If you're thinking that the ROLYPOLY DROID or R0-LL or whatever we're gonna call it, realize... that represents the first idea that Ralph McQuarrie had for R2-D2.   Here's a bit out of an old STAR WARS INSIDER: 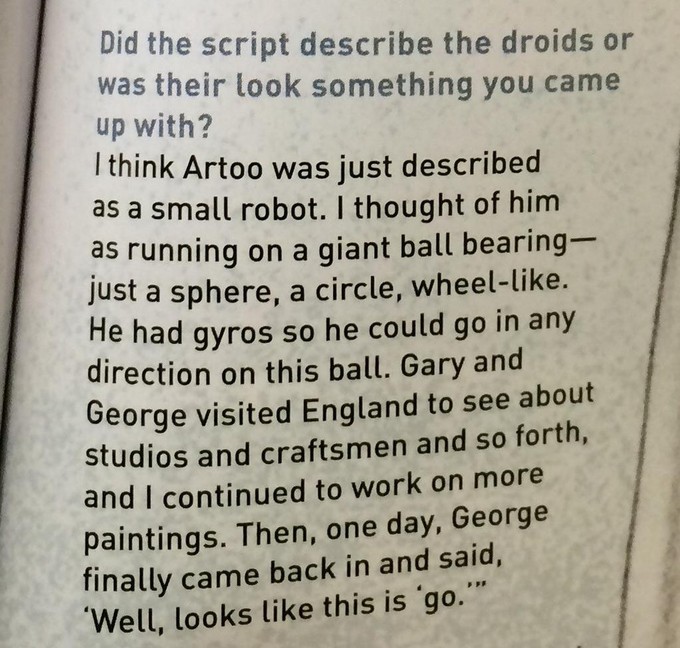 Thanks to @Fastbak77 for the quick scan!