Rest easy...Josh Boone's THE STAND will be split up into four films! 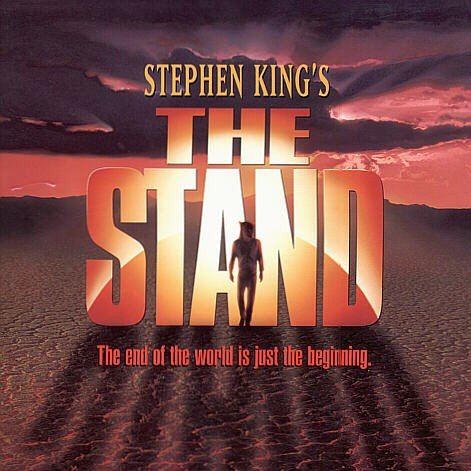 Remember when it looked like THE STAND was going to be one three-hour movie, and we were relieved it wasn't going to be only two hours long?

SlashFilm picked up a major tidbit that director Josh Boone offered Kevin Smith on his Hollywood Babble-On Podcast (which you can stream below). Basically, WB isn't in the market to distribute $87 million, 3-hour dramas, but what they do have interest in is creating a big-budget franchise out of THE STAND. More specifically, it seems that they're going to be telling the story of Randall Flag, Stu Redman, Nick Andros, and the rest over the course of four tentpole films that will be easier to market overseas than one long, talky drama.

In Boone's own words

[Those drafts] were not so much where I thought they should be going with it. [They were] much more like a big summer blockbuster. When I thought about The Stand it’s so much about the vast network of characters, and all their problems. It’s kind of a morality play set in post-apocalyptic America. The battle between good and evil is the battle for these peoples’ souls. They make choices which dictate the fate of humanity.

I really wanted to do an A-list actor, really grounded, credible version of the movie. I sold them on that and they hired me…I sold them on a single, three hour movie. I went and got [Stephen] King sold on it, everybody’s really excited…I told the story non-linear and that was the way I was able to compress that book and get everything into that script. You open with Mother Abigail dying and sending the guys off, and then you jump back in time… So what happened is the script gets finished, I write it in like five months, everybody loves it, King loves it, $87 million is what it was budgeted at, really expensive for a horror drama that doesn’t have set pieces.

They came back and said “would you do it as multiple films?” and I said “fuck yes!” I loved my script, and I was willing to drop it in an instant because you’re able to do an even truer version that way. So I think we are going to do like four movies. I can’t tell you anything about how we’re going to do them, or what’s going to be in which movie. I’ll just say we are going to do four movies, and we’re going to do THE STAND at the highest level you can do it at, with a cast that’s going to blow people’s minds. We’ve already been talking to lots of people, and have people on board in certain roles that people don’t know about. We’re looking to go into production next year, maybe in the spring.

I like the framing device with Mother Abigail, and obviously I love the idea of getting as much of King's Complete and Uncut Edition onscreen as humanly possible. Can't wait to see which A-list actors he's referring to (aside from the dream casting of McConaughey as Randall Flagg).