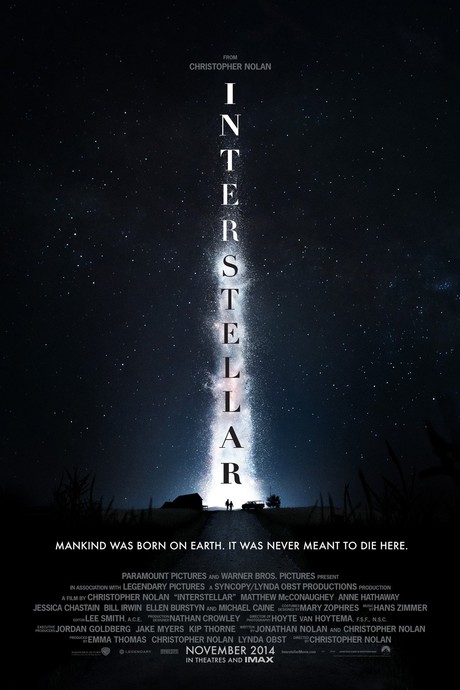 This probably won't be a long review (I can hear the Guide singing to me its harpy temptation love song now), but I definitely had an opinion on Nolan's film and felt like sitting down a spell and talking some of it out with you folks.

Like most even-tempered people I try not to let early word on a film sway my pre-judging. Most critics will tell you that they walk into every movie a blank slate. Bullshit. Total bullshit. Every single film viewer is biased in some way or another. It doesn't matter if they're a critic or a soccer mom taking her kids to the mall theater, everybody walks into a movie with their own personal biases. If you like a certain actor or genre or practical effects over digital (or vice versa) or cinematographer or a certain story trope you are biased. The mere act of ever having an opinion on a film in your life means you likely favor one thing over another.

You can't control that, it's how we're wired and why movies are such an amazing artform because no two people see a movie exactly the same way. You can, however, control expectations and attitude. It seems more than just about most any other working filmmaker Nolan extremely divides his audience. Those that love him would overlook any flaw and those that hate him would ignore the mountainous display of technique he pours into every single film just to have an extremist opinion.

The reality is that Nolan is like every other confident filmmaker out there. He doubles down on every decision and some of them might not work. I think his weakest film by far is The Dark Knight Rises because the actual storytelling gets muddied and traditional superhero cliches started creeping in there (the nod to Robin, the death/not death of a hero, etc). But technically it's an amazingly produced film. The visual storytelling is sharp, the acting is top notch and he somehow made an incredibly boring villain iconic in his weirdness. The trouble is with the story he chose to tell and how that fits into his trilogy.

My point is people typically walk into a Christopher Nolan movie in either a “it's already a masterpiece” or a “prove you're worthy of my time” state of mind, whether they admit it or not. I'm more in the pro-Nolan camp for the simple reason that he's clinging to the practical old school way of filmmaking (precise editing and camera movement, shooting on film, using real locations and props as much as possible) that just feels like cinema to me, but I must admit the mixed word of mouth from my colleagues had my expectations lowered more than just about any first run Christopher Nolan film I've seen to date.

I'd hesitate to say I loved the film, but I sure seemed to like it more than most of the critics and film bloggers I am happy to call friends. I saw it on 70mm film at Austin's Bob Bullock IMAX with a packed house at the first public screening Tuesday night. The Bob Bullock is a for real IMAX, for better or worse. It's not one of those retrofitted regular screens (that I still refer to as LieMax), but a giant theme park-sized IMAX.

The trade off you get at going to see this film at a place like the Bob Bullock is the transition between the stuff shot in 70mm and the stuff shot in 35mm is a bit more jarring (the aspect ratio changes) and any dirt caught on the print looks person-sized on a screen that big... but when you're watching an intense space sequence shot and projected in 70mm you're completely lost in the film before you.

70mm projected in 70mm invokes the same kind of feeling I got watching any movie as a young child. The screen isn't just a surface with light and shadow projected onto it but a window into another world. Although I'll love the 2.35:1 aspect ratio until the day I die, I really wish this kind of film presentation was more the norm in terms of theater gimmicks. If I could hit a button to make 3D go away and replace it with a public thirst for 70mm I'd lay into that motherfucker with everything I have.

So on a technical level, if you have the option to see Interstellar in true 70mm IMAX take it. It's worth it.

But let's talk about the film itself. Cameras and film stock and projection options are all well and good, but at the end of the day the important thing is the story being told.

The core of the movie rests on a father's love for his daughter. That's a little fucked up considering he also has a son that he just seems to kinda like, but whatever. It's a father/daughter movie where the father has to abandon his daughter to save her. And the rest of the planet and, I guess, his son, but mostly her.

Not a lot of time is spent on why the Earth is fucked, but it's slowly becoming uninhabitable and it's only a generation or two away from humans going bye-bye forever. There's one last hope, a black hole that seemed to open up in our galaxy around the same time as things started going south on Earth. A team of astronauts were sent through already to scout out other inhabitable worlds, but there has been no communication since they went into the black hole. Now it's up to one last ship to go out and see what they found.

This is the last of us. The success of this mission is the only option left for the continued survival of the human race. The stakes are there, the emotional connection to McConaughey's Cooper is there (he's charming and a talented pilot, but hurt deeply by being forced to sever his relationship with his daughter) and the visuals are there, so what's everybody complaining about?

I won't get into details, but there's a turn the film takes in the third act that either hits you dead center emotionally or throws you off of the whole damn thing, rolling your eyes clean out of your head. This particular decision also stands a high chance at confusing people, so if you're a dyed in the wool optimist and emotional softie you could still be thrown by this choice. If you're a more cynical viewer then I'm willing to bet the movie's going to lose you.

Personally, I was thrown for a good two or three minutes, but as it played out I found myself warming to it more and more because it could have easily been used as a way for Christopher Nolan (and his brother and co-writer Jonathan) to cop out for an unearned happy ending. But that's not exactly the way they chose to go. I'd get into more specifics, but we're talking for real end of the movie spoilers here, so I'll leave it there.

One of the big reasons I dug the movie and feel more and more fondly about it the more distance I have from it is that the tone could have been Kubrick cold, but it isn't. The emotional element is a big part of that, but also the choice not to go dour once McConaughey is in space. There's humor, thanks in large part to the at-first-goofy looking robots that become more and more awesome as the movie goes on.

In fact, I'd say my biggest complaint with the film is that we don't get more robots. TARS and CASE always seem to come in at the right moment to liven things up or be unexpectedly badass and now I want one and fuck you guys for telling me they're fictional and I can't have one.

Looking at Nolan's filmography as a whole, Interstellar is definitely closer to Inception than anything else he's done. It's grand filmmaking on an epic scale exploring original ideas in a way that no other filmmaker outside of Spielberg seems to have the power to do in today's Hollywood. Inception is a bit more straightforward (believe it or not) and the basic idea of that movie gels a bit more because once you buy it you're in for the long haul. Interstellar requires you to buy into a sci-fi concept and then throws you a hell of a curveball before the tale is finished.

Still, in terms of big screen spectacle Interstellar did its job. I was engrossed, I was invested and I wasn't the only one. There was a tense moment close to the third act where a character doesn't listen to some good advice and things go wrong. Right in the middle of this tension I heard loud smack sound as someone on my row literally punched his own open palm because he was so frustrated at the choice this character made. He threw out his hands in a “what's wrong with you!?!” manner and I couldn't help but smile.

Love him or hate him, Nolan gets people sucked into his movies. I can't tell you how happy it made me that both times I watched Inception theatrically I could see large portions of the audience trying to will that spinning top over at the end.

So, I liked Interstellar a lot, but I also tend to really dig Nolan's movies, I'm an easy mark for a solid emotionally manipulative story, I don't understand why people hate Anne Hathaway so much and I love big screen sci-fi that keeps a foot planted solidly in practical effects. I guess what I'm saying, to put a nice little bow on this review, is this movie played to a lot of my personal tastes and biases.