Why is BIG BAD WOLVES #2? I debated long and hard about whether this or my #1 pick would be at the top of my list. If there ever was a year for a tie, it would be this one as BIG BAD WOLVES seals the deal that I had a notion of after I watched Aharon Keshales & Navot Papushado’s first film RABIES; that these two filmmakers are going to go far in the realm of horror and suspense. BIG BAD WOLVES is unrelenting and while some might snub their noses at it since there is a sort of torture porn aspect to it, the depth of the characters and the intensity of this film from start to finish make it more of a film to experience rather than watch. By the end, you’ll have plenty to say to those you watch it with. This isn’t a film you turn off and move on to the next flick in your cue. It asks hard questions and answers them in ways some may not be prepared for. And the final moments of this film caused shock waves for me that I still can’t seem to shake. 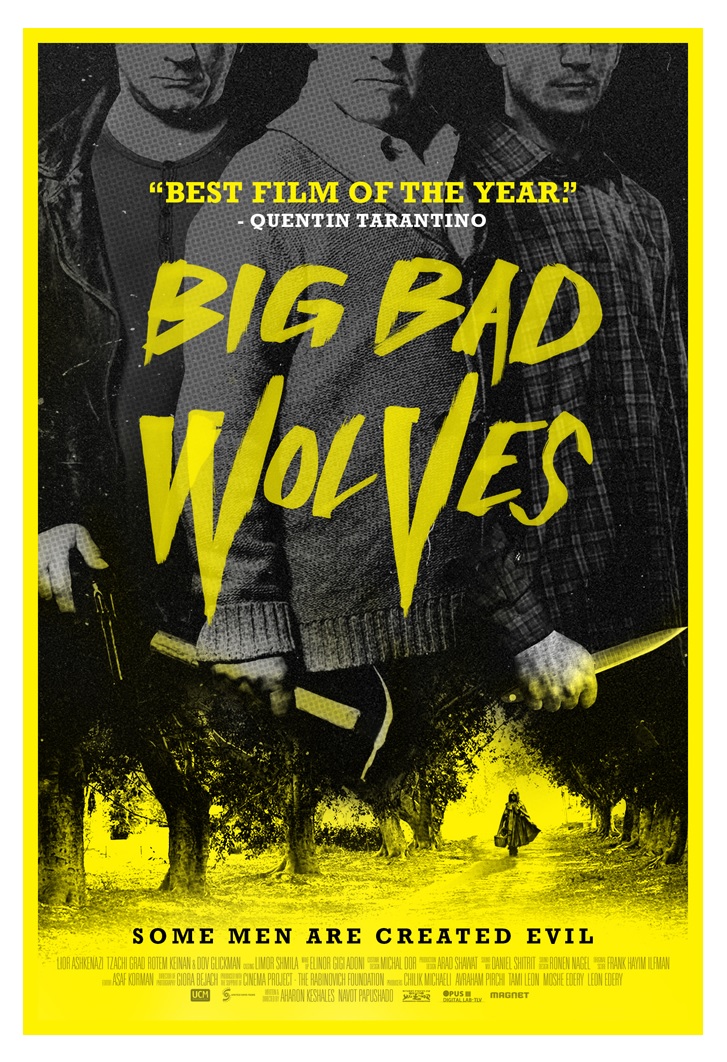 Most likely one of the best, if not THE best horror film of the year is BIG BAD WOLVES. Though it is not horror in the sense of having monsters with giant teeth and fangs or insubstantial ghosts or walking corpses or handheld cameras, it does convey the horror of humanity in a manner that will hit you hard with a gripping story, powerful acting, and scenes that will most assuredly leave a deep gash in your heart.

Much like their previous accomplishment RABIES, writer/directors Aharon Keshales and Navot Papushado map out an intricately charted tale that involves a lot of moving parts, character intersections, and plotlines that twist and turn in all directions. Though the cast is somewhat smaller than RABIES, the motivations of all of the players involved flow in and out of the story and all seem to come together in the ultra-powerful ending. Keshales and Papushado do a fantastic job of not only juggling these storylines so that they make sense from start to finish with the viewer, they also thread them together in ways you could never guess. Though comparisons are going to be made to Tarantino, I often find his plot construction to be much more obvious and failing in terms of subtlety. More like Hitchcock, Keshales and Papushado deal with multiple storylines, but do so with a gentler, more deceptive handling of suspense and pacing. Scenes which we know will end badly are prolonged to the nth degree just to make the viewer and the unfortunate person strapped to a chair squirm all the more.

BIG BAD WOLVES deals with the theme of child abduction and victimization and how the accusations of these crimes can ruin a person. It also deals with the weight of the crime itself, as well as the reactions we all have when the young are endangered. Looking at this concept from such a broad scope might be difficult to pull off, but the filmmakers do this expertly by casting memorable characters which represent each standpoint. But though each of the characters involved represent one view, the actors Lior Ashkenazi, Tzahi Grad, Rotem Keinan, and Doval'e Glickman portray them as real characters and not just visual representations of an idea.

Though there’s much more to the story, here’s the basics. A series of child abductions and murders have plagued the city for a while now. Lior Ashkenazi plays Miki, a burnt out cop who recognizes the faults of the system and relies on his gut, which tells him that Dror (Rotem Keinan), a school teacher, is responsible for the abductions. Tzahi Grad plays Gidi, the father of a girl who has gone missing and has the same feelings about Dror. Though he isn’t convicted of the crime, Dror finds himself bound in the basement of Gidi’s home. The rest of this film plays out mostly in this basement, and this latter half of the film is made of stuff tighter than the highest trapeze wire.

Though I don’t recognize any of the Israeli actors, all of them deliver performances of the tip toppest of calibers. Ashkenazi is fantastic as the desperate cop whose life is crumbling around him. Keinan juggles the truth like a circus clown, and while one minute you’re convinced he did the crime, the actor flips and you believe he is falsely accused. Grad’s calm demeanor is haunting to watch. He is a shell of a man without his daughter and is out to make someone pay. And despite the fact that he looks somewhat similar to Larry David, Doval’e Glickman is fantastic as Gidi’s father, the comedic relief/voice of morality of the film. Seeing these four actors slam into one another is amazing.

Be they long takes of the camera following a hammer down a long hallway or tight shots of the facial reactions of Dror strapped to his chair or the calm demeanor Gidi seems to have through it all, the filmmakers make every scene count big, working towards an ending that resonates on levels upon levels. I was moved so much by the ending of this film and feel it’s one of the most powerful in modern cinema.

BIG BAD WOLVES doesn’t have big stars or over the top effects, but it is packing some of the most potent emotional power you’re going to find in a film this year. Keshales and Papushado are going to be huge once they hit the mainstream. See BIG BAD WOLVES and their previous film RABIES now and be one of the cool ones who knew them before they broke out. 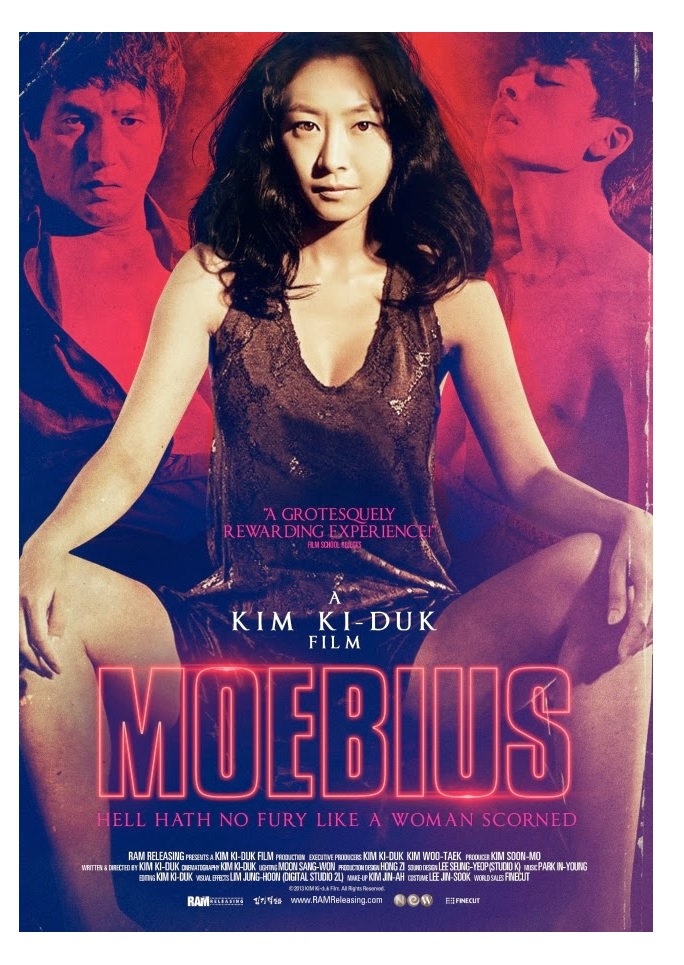 Another take on the dire consequences of one act of violence and how that sparks one retaliation after another is MOEBIUS a horrific take on familial abuse to one another. The film focuses on one of the most fucked up family’s you’re bound to ever see on film. Not for the squeamish or the literal minded, this is one of the most intricate and intimate looks at abuse I’ve ever seen. The film is without dialog, but still, it is filled with moments of sheer terror, tension, and raw emotion. Highly recommended for those who like their horror with some dramatic heft.