Why is HERE COMES THE DEVIL #6? Man, I juggled the top six around over and over again while making this list and while I love the top five greatly, HERE COMES THE DEVIL was hard to place in this spot. Not that #6 is anything to scoff at, but there are dark alleys and bizarre moments that this film takes you into that most filmmakers are too terrified to go. As a result, you get an unconventional story involving all kinds of taboos that is definitely hard to shake after viewing. 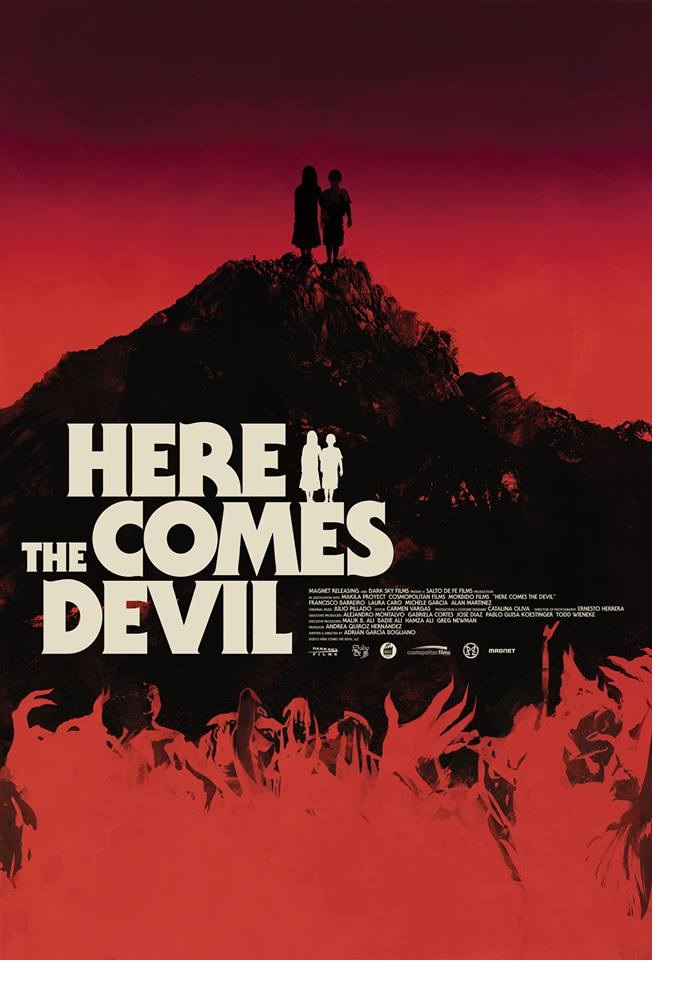 Adrián García Bogliano, the filmmaker behind last year’s feast for the eyes and ears COLD SWEAT, is at it again with a much calmer and more mature take on horror in HERE COMES THE DEVIL. This time around he tackles subject matter that feels much more personal in tapping into the fear that anyone with loved ones can identify with. When Felix (WE ARE WHAT WE ARE’s Francisco Barriero) and Sol (popular Mexican singer Laura Caro) let their children play by a hill while they fool around in their car, their children go missing. A day later, the children are found…or are they?

As with COLD SWEAT, Bogliano once again makes a sexy horror film by playing around with the sex and death motif with an opening sex scene between two women, followed by the aforementioned incendiary scene between two parents in a car while their children are off playing; both scenes end badly with Bodliano playing around with guilt associated with sex. The fact that these parents are showing love for one another makes the disappearance all the more weighty in that they are guilt-ridden at neglecting to look after their kids, tearing into one another afterwards by blaming each other. The relationship between the parents is a complex one, as are most real-life relationships, and feels so much more real than what we are used to seeing in American films in that these are not perfect parents by a long shot. As Sol begins to suspect that her children aren’t telling her the whole truth as to what went on the night they went missing, Felix refuses to believe her, causing a rift between them even more.

The film definitely is dark and is going to turn off some folks with the perverse areas it goes into involving what went on that night in the cave. As this family begins to fall deeper and deeper into the abyss, it’s the patience Bogliano shows in the very slow-moving first half hour that makes your heart ache at every wrong turn the parents take. This is very much a horror film, but also serves as a pretty fantastic family drama. It is evident later in the film (and by the film’s title) that demonic possession factors in, both in a literal sense and in a poetic sense as Felix identifies himself as the devil when he confronts someone he suspects of assaulting his children that night. The layers are deep in this film, serving as a cautionary tale to watch over your children and a morality tale dealing with taking law into ones own hands.

Bogliano sets a dire mood with some fantastically timed shocks as well as doling out information with a tentative measure. What impressed me the most is the leap in maturity and sophistication from COLD SWEAT, which was a very in your face-style film, to HERE COMES THE DEVIL, which crawls beneath your skin meticulously. Much like ROSEMARY’S BABY, it’s the mood set and the amplification of emotion that causes the real shocks in HERE COMES THE DEVIL. I have to admit, I kind of saw the ending coming midway through, but that doesn’t make the ride there any less thrilling and impactful.

Though possession stories have been told time and time again, usually they turn out to be knockoffs of THE EXORCIST. HERE COMES THE DEVIL stands out by delving into the possession subgenre in such a multi-leveled manner, involving all shades of horror and perversion. I’ll be keeping you all in the loop as to when and where you’re going to be able to see HERE COMES THE DEVIL. It’s definitely not a Hollywood film in that it has the balls to take you to uncomfortable places both psychologically and emotionally. 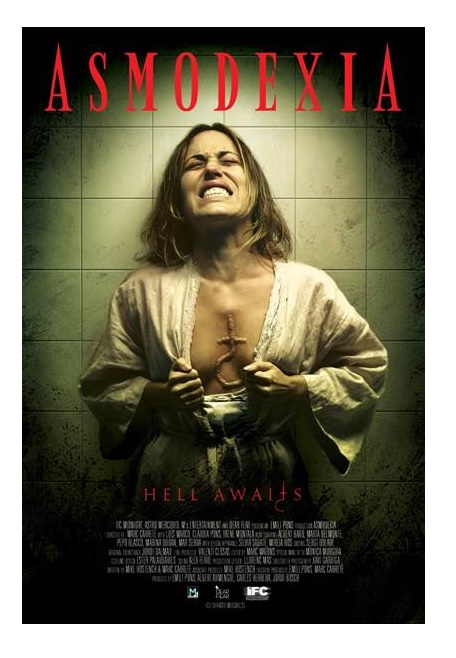 Just barely missing the countdown is this good and evil twisting flick about the coming of the Antichrist and one exorcist who appears as if he would do anything to stop it, even if it means sacrificing his young neice, an exorcist in training. Filled with all sorts of sacrilegious iconography and effects, ASMODEXIA is unlike any exorcism flick you’ll ever see.