Why is BLUE RUIN #18? Because this film from start to finish has an overwhelming sense of dread that you can almost touch. Everything about this film is set to put you in the shoes of someone overcome by vengeance. It’s one of those immersive films that is unrelenting in tone and delivery and is tough to shake once the credits role. Not being your typical horror film, I shied from placing this higher on the list, but it is definitely one of the best genre films of the year.

You can find BLUE RUIN on Amazon here and on Netflix here. Below is my review of BLUE RUIN!! 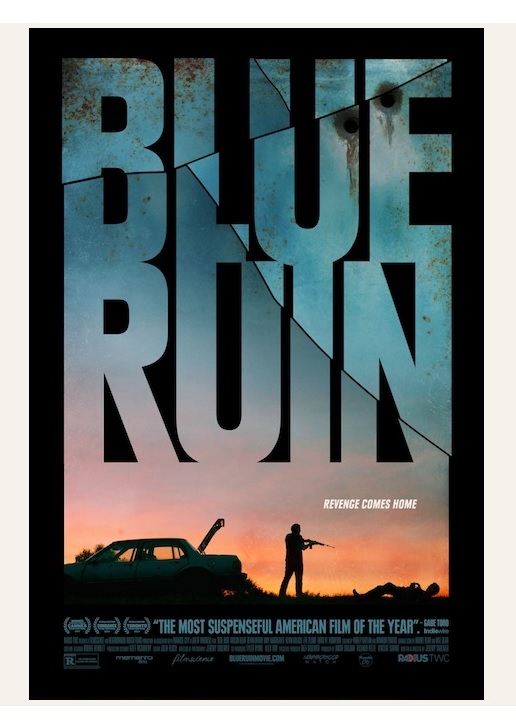 While this one is not high on the list for feel good comedy of the year, it is one of the most powerfully gripping tales of revenge to hit the small and select wide screens this year. Jeremy Saulnier's tale of Dwight (Macon Blair) an empty man living destitute out of his car who finds himself refilled with a healthy dose of vengeance when the murderer of his own parents is released from prison. Starting up the car and arming himself to the teeth, Dwight sets off to track down the murderer which turns into a game of tag with bullets between Dwight and his murderer's family until there are very few left alive to play the game. 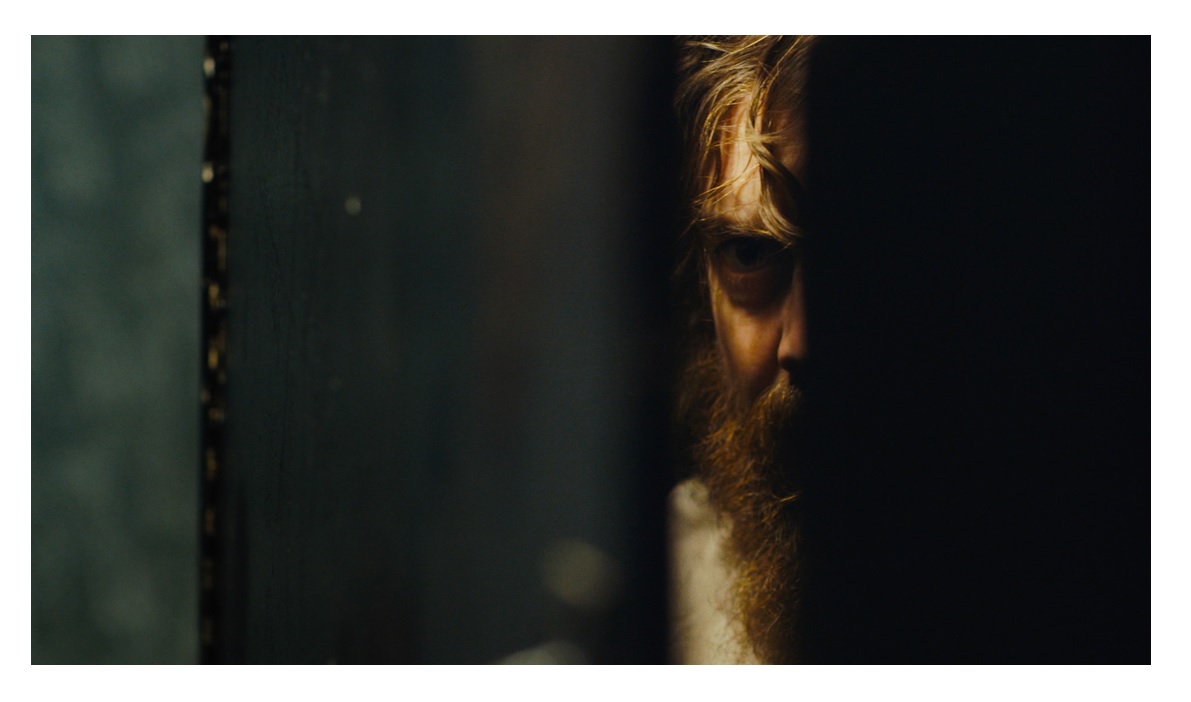 The film plays like a teapot on a stove, slowly increasing in pressure throughout. Unlike other films which like to razzle and dazzle every ten minutes or so with an action peice, the tension in this film grows and grows from the opening scenes of Dwight living a quiet life in a field next to a beach and begins its slow trek to a conclusion which is somewhat telegraphed, but still surprising the whole way through. Along the way, you befin to find out more about Dwight, whose patience is inspiring as if he were a vengeful worm hiding out in that cocoon of a car, counting the days until he can emerge as a wrathful butterfly to rip apart those who wronged him.

As we follow Blair as Dwight, through nothing but silent scenes of moving here to there, it's a testament to Blair's skill as an actor to communicate through mounds of facial hair emotions that are undeniable. I have never really noticed Blair; who has a sort of harmless, Bud Cort kind of style and demeanor, in his previous smaller roles in MURDER PARTY and HELLBENDERS, but this is a star making role for the actor and the power of this film rests on his thin and sloping shoulders. He is terrifying once he is armed to the teeth as we know by the time he ammos up that he will stop at nothing until vengeance is served. All of that effect, though, comes from the first fifty minutes of the film where your heart goes out and eventually breaks knowing this is a man on a path he can never come back from. 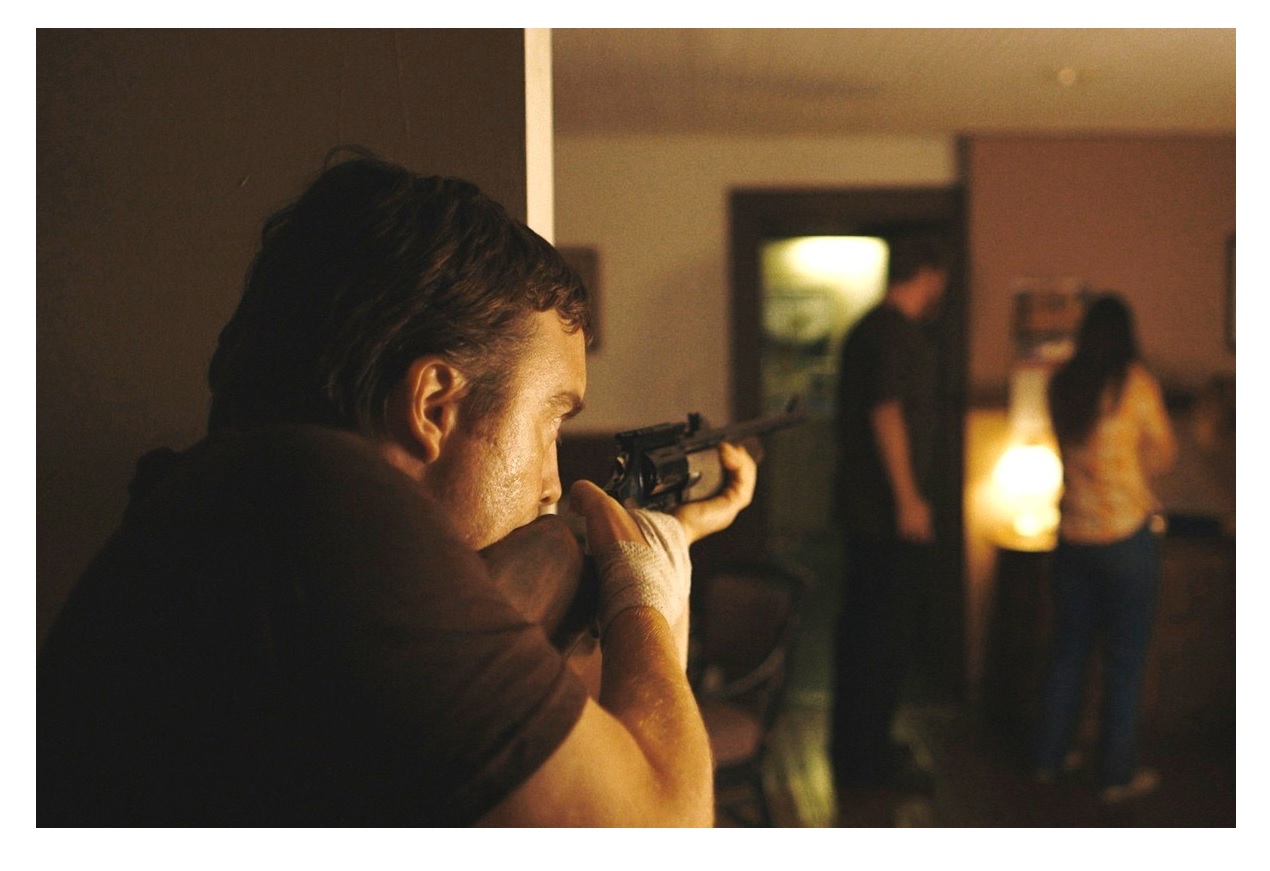 But what I love most about BLUE RUIN is that it is a simple film. But one man killing another man for killing another has been a part of the human condition since the dawn of man. Because this is such a universal and simple concept, it makes this story so much more relatable and forces you to ask yourself what you would do given this situation. Exploring those possibilities to its fulest extreme is what this film does time and again during the runtime. The final deafening silence highlights the apex of Dwight's reason for staying alive for this long as he descended into mental illness and solitude years before when his parents were killed. Appreciating this film for the explosive ending is one thing, but I love this film for the tender and intimate silences that help us walk in the shoes of someone who has nothing but payback to live for. BLUE RUIN does this with such finess that all involved have me interested in what they have up their sleeves next. And while there are very few laughs or moments to relieve the tension built by BLUE RUIN, which is the cinematic equivalent of slowly tightening a guitar string until it eventually snaps and smacks you in the face. 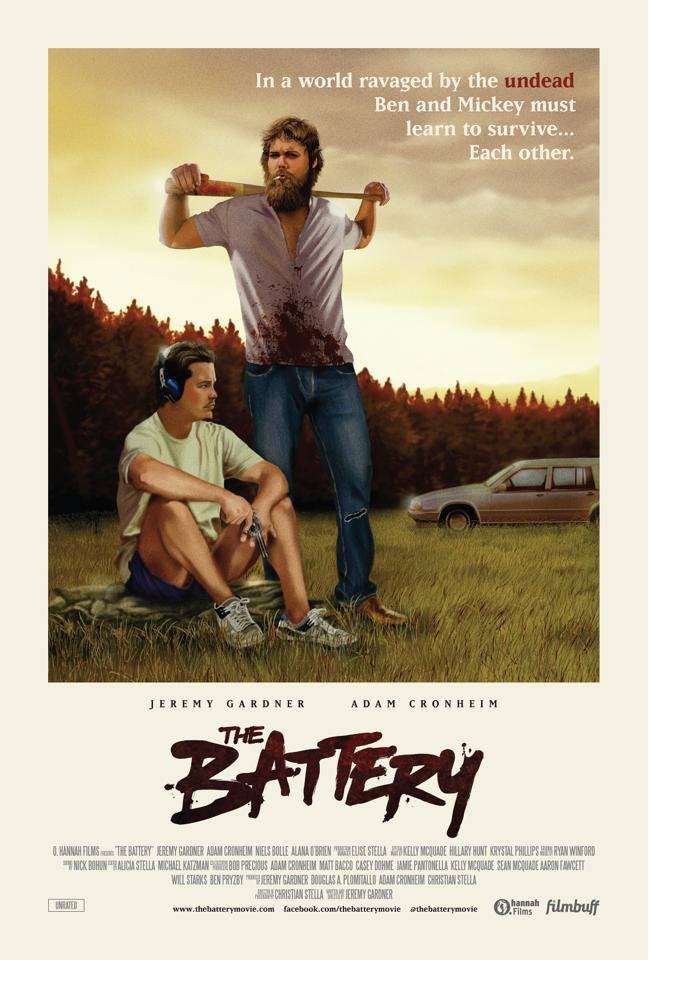 Worth Noting: THE BATTERY!

Playing almost like the flipside of BLUE RUIN which opens in an old abandoned car, THE BATTERY ends in one and while it did show up pretty high on last year’s column, it was released on BluRay recently and worth checking out if you’re in the mood for an original zombie film that I felt was the best one to shamble my way since 28 DAYS LATER.