Why is THE GUEST #9? Some may attest that this is not a horror film and while I think it’s a valid argument, there are enough things going on that make it feel right at home in the genre. First and foremost, it’s done by two filmmakers who are very much considered horror genre alum, Adam Wingard and Simon Barrett who have had an installment in THE ABCS OF DEATH and showed up in this countdown last year with YOU’RE NEXT. Secondly, this film reeks of John Carpenter influences, from the opening scenes to the goofy and over the top way the whole thing ends. Thirdly, it is about an unstoppable force that cannot be stopped and will kill anything in its way to get to it. Sure the unstoppable force is a pretty boy from DOWNTON ABBEY, but still it is a pretty formidable monster. By that description, I think it fits into the horror genre nicely, and well deserves a place this high on the countdown.

Below is my review of THE GUEST from September! 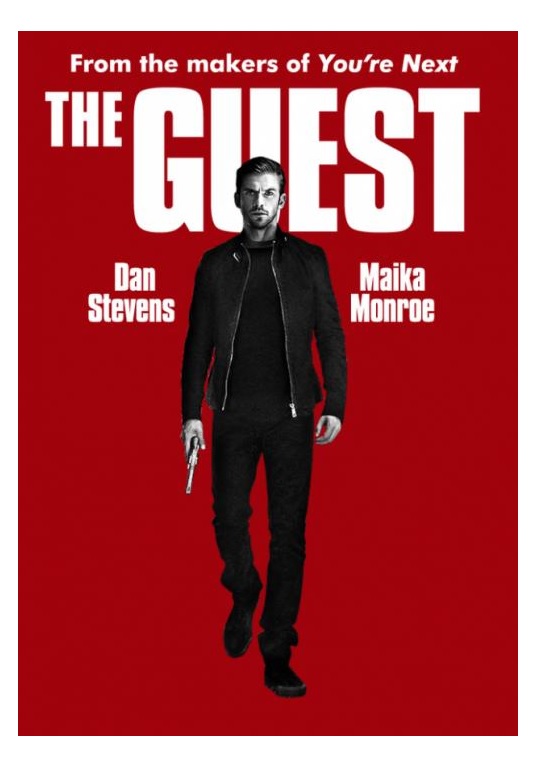 Warning; I’m going to use the word “cool” a million and one times in this review. And while I do own a thesaurus and try by hardest to use it as often as I can, there’s one word that I keep returning to when I think of THE GUEST and that’s “cool.” 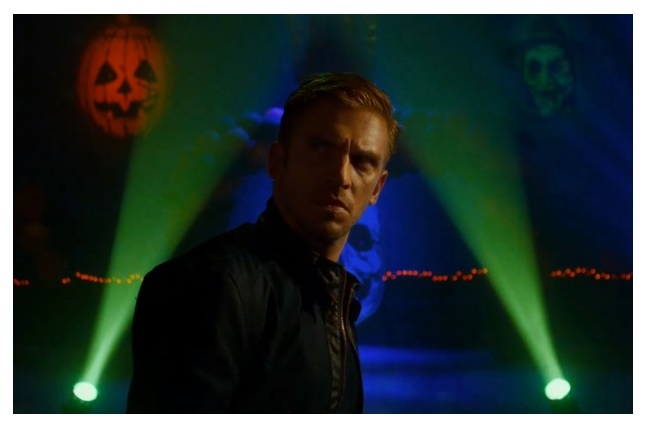 To call THE GUEST a horror film would not really be accurate. While THE GUEST certainly has horrific elements and a sense of mystery, it really does feel more like a mission statement from (up to now) horror director Adam Wingard and (up to now) writer Simon Barrett to let everyone know that this is a writer/director team worth paying attention to. While I liked last year’s YOU’RE NEXT quite a bit, I feel like it was a fun sort of rollercoaster ride, but looking back on it, the film felt rather uneven—as if it didn’t know what kind of film it really wanted to be. THE GUEST is a much more confident film. It’s its own monster and comfortable being that, which makes it a much more entertaining film in the end.

The story begins with an enigmatic guest who calls himself David (played by DOWNTON ABBEY heartthrob Dan Stevens) arriving at the modest Peterson home. Identifying himself as serving with their deceased son in the war, the family invites the stranger into their home and while David is charming as all get out, soon we see that he’s not the peachy-keen nice guy he wants them to believe. I don’t want to reveal anything else other than the fact that this is a film that narratively snowballs to gargantuan proportions by the end of the movie, swelling to sizes and proportions I haven’t seen in a movie since the early days of Carpenter and Cameron; two directors that this film owes a lot to. 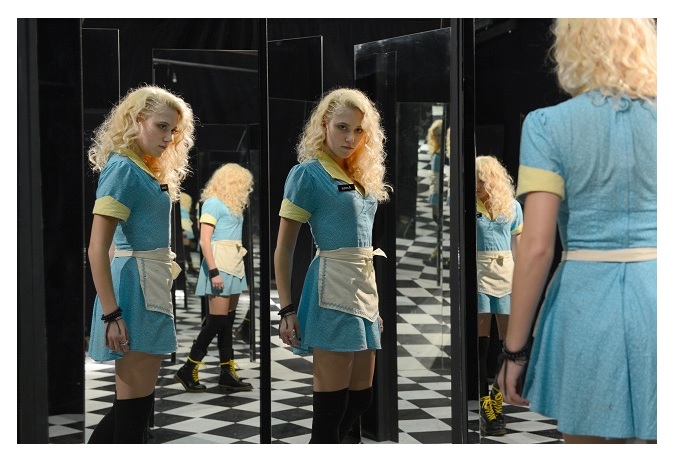 The highlight of the film is watching Dan Stevens charm his way in and out of every sticky situation he faces. In this movie, Stevens is the always the coolest guy in the room and while later in the film, cracks in the cool armor begin to show, he maintains that level of awesome that will make this film THE film people refer to when Stevens becomes a big star. Whether he is fighting in a bar, shooting someone in the face, or just carving a jack o’ lantern, Stevens commands every scene comfortably and confidently in this star-making role.

But it would be pretty boring if Stevens just sat there and did nothing but look cool for the duration of the movie. That’s where the unpredictable and downright brilliant story by Simon Barrett comes in. Unfolding like a typical action movie, Barrett channels films like THE TERMINATOR, LITTLE NIKITA, UNCLE BUCK, NOWHERE TO RUN, THE WRAITH, and tons of 80’s simple but awesome action films and funnels it through Adam Wingard’s eyeball (which as you all know from watching V/H/S/2 is a camera) who imbues it with John Carpenter-esque music beats and a heavy dose of the electro-magic that permeated another retro-cool film DRIVE. 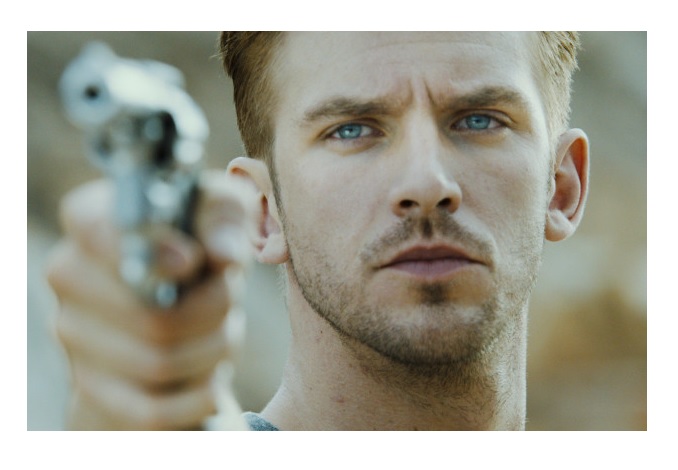 By the end of this film, the action, dialog, and story has escalated to such a level of ridiculousness that I should have checked out of THE GUEST, but since everything leading up to it was so…cool, I didn’t give a shit. In the end, there are bullets, fire, kicks, mist, knives, blood, punches, music, and pulse-pounding action. All of it was stuff I’ve seen in other films before, but this particular amalgamation of it all felt so original that I couldn’t help but just sit back and quit trying to remember what movie this part reminded me of and just soak in the coolness. From it’s awesome electro-emo soundtrack to the fantastic performances by the entire cast (especially the fantastic Maika Monroe who is going to be overshadowed by Stevens here, but should garner equal praise in a fair and true world), THE GUEST is a film that will make you stand up and cheer by the end of it.

And while I don’t think a sequel explaining things going on leading up to this film and continuing after it is necessary, I’d love to see one. The ambiguity of THE GUEST, though, is part of its charm and I kind of hope this film just remains a little gem of a film and stays like that while everyone involved moves on to bigger things as a result of it. No explanation is necessary here. THE GUEST doesn’t try to explain itself. It simply is. And what it is—is cool! 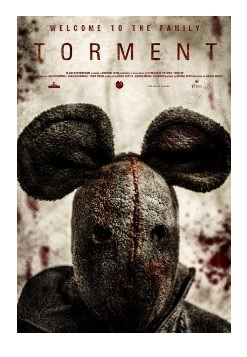 Another tale about an uninvited house visitor is TORMENT which while it is almost too much like THE STRANGERS, it still possesses some very effective elements of terror. It also stars Katherine Isabelle who is turning into one of the most talented and high profile scream queens out there. This one took me by surprise and almost made the countdown if not for its many similarities with THE STRANGERS, but since it looks like it will still be a while before a sequel to that film comes out, this is the next best thing.