Why is CHEAP THRILLS #10? While it is not your typical horror film, it definitely takes the viewer, along with the participants in this twisted game of dares on a pitch black journey and feels more like a statement about the desperation and plight of many a soul in this day and age when money is tight and pressure is tighter. Acted superbly, written cleverly, and ended unexpectedly, CHEAP THIRLLS is an impressive debut film from filmmaker E.L. Katz and worthy of this spot in this year’s top ten. 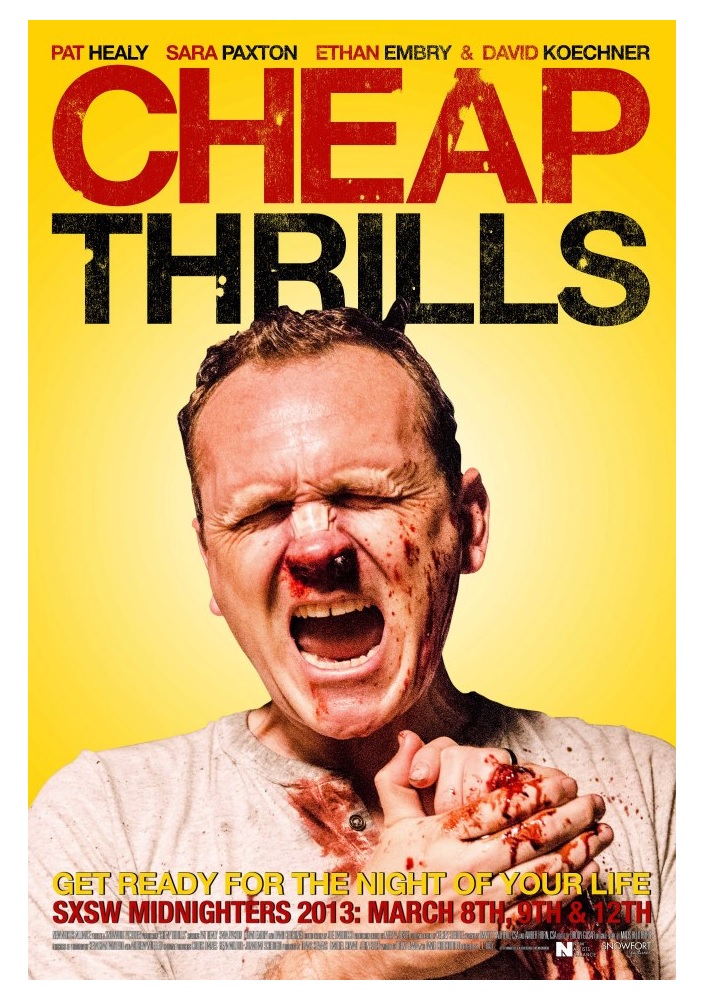 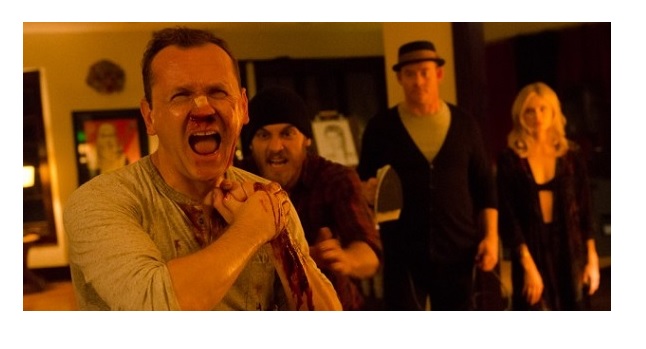 Having heard about CHEAP THRILLS for what seems like years now, I was so glad when I finally had a chance to see it, but also was a bit leery that I had elevated it to such a mythic status that there is no way it could be as good as what I’ve heard or the film I had already seen in my mind.

Turns out I was wrong.

CHEAP THRILLS seems to have gotten a bit of the YOU’RE NEXT treatment in which it was the apple of critics eyes at fests, but it was shelved for so long that it started to show its age in between all of the initial hype and its eventual release. But it looks like the film is finally going to be able to be seen by the masses in theaters soon and now on Video On Demand. And I’m here to say that the hype was well deserved. 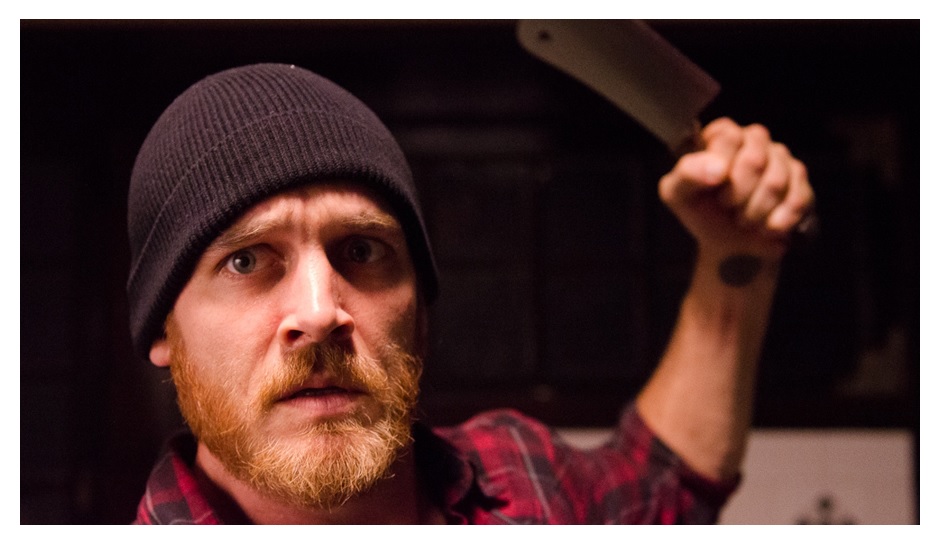 CHEAP THRILLS is a simple game of truth or dare with the truth portion tossed out the window. The basic tale of four people who happen upon each other one night in a bar and the horror the night becomes as it proceeds. In many ways, it’s a nightmarish game show with David Koechner playing Monty Hall, Sara Paxton playing the quiet Vanna White, and Pat Healy and Ethan Embry playing the dim witted game show contestants.

The story opens with Healy’s Craig waking up next to his wife RED, WHITE & BLUE’s Amanda Fuller. His meager apartment and lifestyle barely gives Craig enough time to pursue his writing career and we come to find that he has to make ends meet working in a car garage changing oil. Though his wife encourages him to ask for a raise and the eviction notice on the door makes additional pay all the more important, Craig instead comes to find that he has been terminated once he gets to his place of employment. Too ashamed to go home, Craig goes to a bar to drown his sorrows for a bit and runs into long lost high school buddy Vince (Embry). As the two catch up, they cross paths with a boisterous Daddy Warbucks named Colin (Koechner) and his nonplussed wife Violet (Paxton) who manages to toss a smirk up at them before returning her attention to her phone. When Colin begins tossing out money, both Craig and Vince see this as a way to make their dreams come true. But as Colin continues to up the stakes and both the bets and the rewards get bigger, the friendship Craig and Vince have is put to the side over the pursuit of the all mighty dollar. 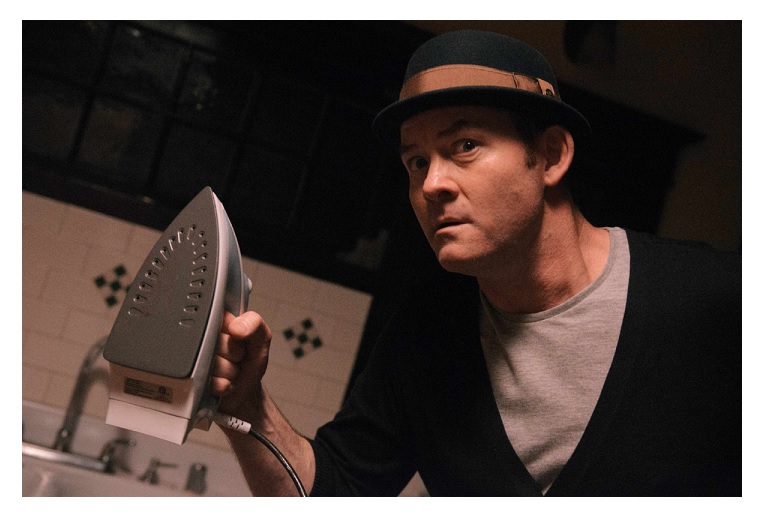 What works best with CHEAP THRILLS is the careful and steady way that it dissects the complexities of old friendships--how two buddies who grew up together could grow apart and time often can make rekindling these friendships a difficult thing to do. When Vince and Craig first meet, it’s as if they’d never been apart with laughter and old war stories, but when money becomes involved, the two are like a pair of dogs in a dogfight ready to tear each other apart. This shift from BFF’s to bitter enemies is a subtle one mapped out ingeniously by director EL Katz and writers David Chirchirillo & Trent Haaga with the mature hand of expert surgeons, filling every moment with an ever-increasing tension as old rivalries and resentments emerging between these two old friends, making every round of this nightmarish game more fascinating to watch.

This is a film that could not have worked had there been four other actors involved. All four make each role distinct when it could have easily delved into the realm of cliché. As Craig, Healy possesses a pushover quality that could make one frustrated as it is apparent the guy rarely fights to attain anything in life. Still it’s impossible not to like Healy’s character and root for him because we as the viewer know his dire situation. Embry is every bit that friend from high school that you shouldn’t have hung around with, but did because he was so damn fun in his role as Vince. Embry’s smile, which always rang as somewhat naive, has taken on a charm as the actor has aged and this role hopefully will open new doors because in many ways Embry is the heart of this movie. David Koechner as Colin could have been your typical loudmouth, but reels it in here. Sure we all know him from his many over the top comedic roles, but here he is able to show a serious side, a quiet side that is somewhat of a ticking timebomb and downright frightening at times. Sure he’s likable, but there’s a scene when he explains that Craig and Vince will remember this night for the rest of their lives that is both chilling and inspiring and Koechner shows depth and range I’ve never seen him do before. 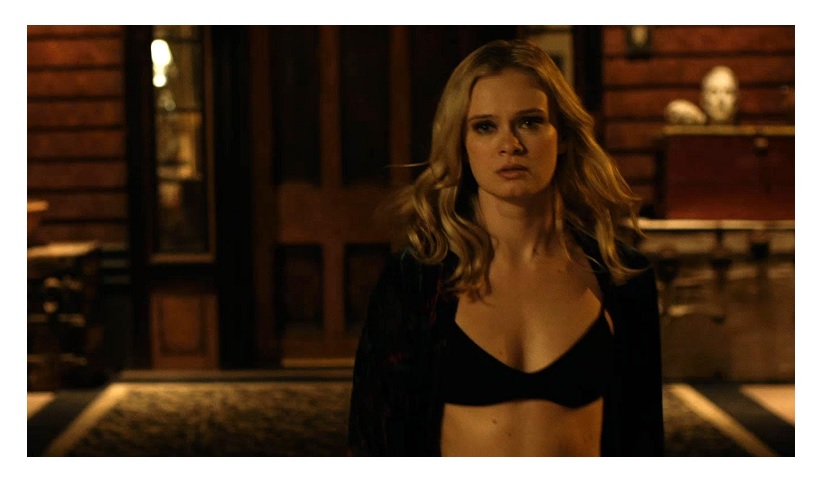 Finally, holy shit, Sara Paxton! Sure she was adorable as all get out in THE INNKEEPERS, but as Violet, Paxton sizzles as an inscrutable temptress, an innocent looking flower that is poisonous to eat. The simple glances she tosses in this film to manipulate are priceless and the actress shows she isn’t all sugar and spice and everything nice in this role. Seeing all four of these characters bounce into and off of each other in this film is something special indeed.

In many ways, this is a modern retelling of Tarantino’s FOUR ROOMS final segment which in itself is a riff off of an old ALFRED HITCHCOCK PRESENTS episode where a desperate man is offered a large sum of money to cut off his finger. I could see some criticizing this film for being as such. But it’s the performances here that make every nook and cranny of this film shine like polished silver. Filled with moments of laugh and gasp out loud behavior, yet bathed in an ominous tone that makes you feel like nothing good is going to come of all of this, CHEAP THRILLS is anything but. It’s a film that will make you laugh, cry, and shout—a full blown evening that not only the characters involved but you as the viewer will not forget. 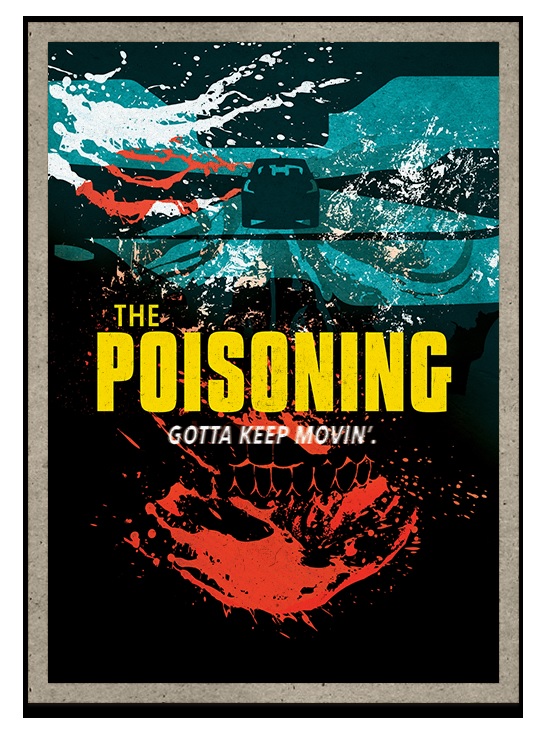 Worth Noting: THE POISONING!

Like CHEAP THRILLS, this is another journey into dark, dark territory with people starting out with the best of intentions. I was blown away by this low fi film when I saw it earlier in the year and it almost made it to the countdown proper. There is an air of danger from the get go, but nothing will prepare you for the culmination of this slow burner that sizzles you in the end. THE POISONING is another impressive example when fun and games go horribly wrong.
Check out my full review of the film here and you can check it out here on Amazon!