Why is CRAWL OR DIE #13? Because it is a film that takes claustrophobia to new heights and depths, that’s why. If you found yourself gasping for air while watching THE DESCENT, you’re going to have to be put in a straight jacket and a respirator after seeing spunky and gorgeous Nicole Alonso squirm and burrow her way through an even-shrinking tunnel system as she attempts to escape from a monster who is right on her tail. Oklahoma Ward does so much with so little here. It’s a simple cat and mouse game, but the intensity of Alonso’s performance and Ward’s visuals make it one of the best of the best this year. 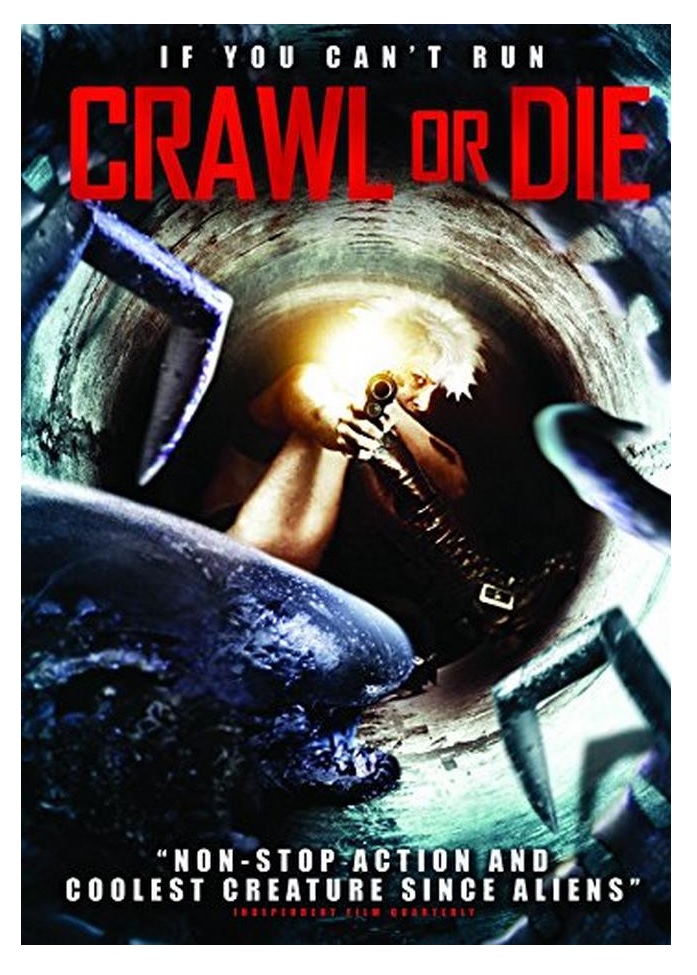 I didn’t know I was claustrophobic until I saw this movie. Wow, CRAWL OR DIE is one grueling heartstopper of a movie. 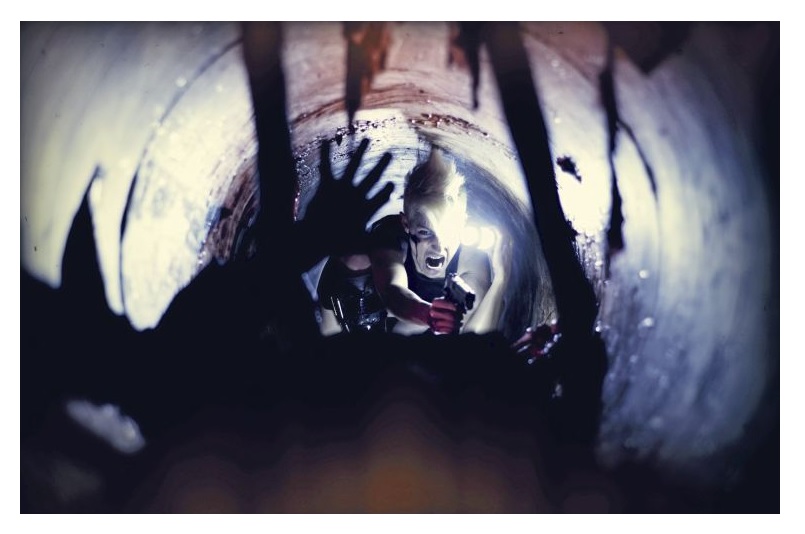 Set in an indistinct future where Earth has been leeched of most of its resources and a new Earth called Earth 2 is being populated as a replacement. A group of military mercs are sent in to rescue the last fertile and healthy female on the planet and get her past a war zone against what looks to be a grungier version of Giger’s xenomorph. But in order for that to happen, they’ve got to crawl!

The simple concept and the perseverance to stick with it is what makes CRAWL OR DIE so effective. The film starts out with the military team acquiring the female (simply known as Package through the film) and after most of them are picked off by the pursuing alien, a small portion of the group are forced to shimmy through what seems like miles of cramped tunnels and close quarters in order to survive with the alien hot on their heels. And while THE DESCENT had its moments of close-quarters horrors, this film buries you and gives you little wiggle room to escape. 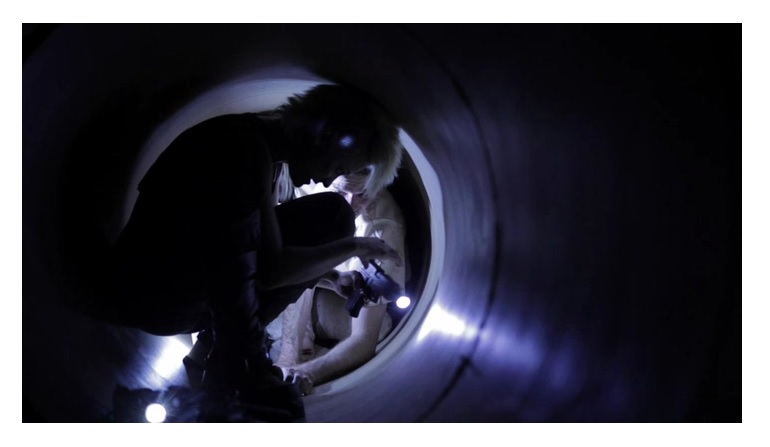 And though this is literally a film about some folks trying to crawl through tunnels the whole time, writer/director Oklahoma Ward keeps every second electric by switching up angles, getting intimately close to the trapped actors, and occasionally showing us just how far the actors have to go in order to get to the next, even more tighter area. But while the directing is rock solid, it would be nothing without the star-making performance by the gutsy and gorgeous Nicole Alonso as Tank, the Mohawk sporting uber-babe who shimmies her way through this entire film. Alonso loses all of her soldier gear to fit through these tunnels and if it all weren’t so intense and dire, it’d be sexy as hell seeing her stripped down to her skivvies to survive. While there is some cheesecake going on here, Alonso’s performance commands respect as she fights her way through tunnels that seem impossible to fit through.

The unflinching intensity of this film cannot be denied. Imagine if RUN LOLA RUN were set in a long, tight underground tube and you might get a feeling of the intensity of this film. Oklahoma Ward, Nicole Alonso, and everyone else behind CRAWL OR DIE (which originally sported the fantastic name of CRAWL BITCH CRAWL) have churned out a truly scintillating achievement in horror. Ward and Alonso are names you’re bound to hear more of and CRAWL OR DIE is a film you should not miss. 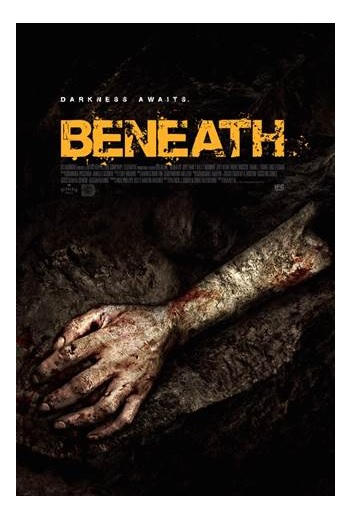 While the claustrophobia isn’t as well realized in BENEATH (not to be confused with the big fish movie of the same name which showed up in the worth noting spot earlier in the countdown), a film by 30 DAYS OF NIGHT: DARK DAYS director Ben Ketai. With a likable cast and some genuinely scary scenes, I love the way this film keeps everything ambiguous as to whether the miners are going crazy after being trapped in a mine shaft or if the shaft is really haunted. This is an effective little gem and worth seeking out for those who get a thrill from buried alive and claustrophobic horror.