Why is THE SACRAMENT #14? Because this film had me by the throat from start to finish, that’s why. It helps that the camera focuses on two fantastic genre actors; Joe Swanberg and AJ Bowen, both delivering the goods in terms of being two filmmakers out of their depth. Much more like CANNIBAL HOLOCAUST than BLAIR WITCH PROJECT (sans animal torture and cannibals), this found footager cheats a bit and the ending is a direct lift from a real life incident that’s a bit too much on the nose. But I don’t think I breathed once during the tension-laced interview between the cult leader named Father (Gene Jones) and AJ Bowen. 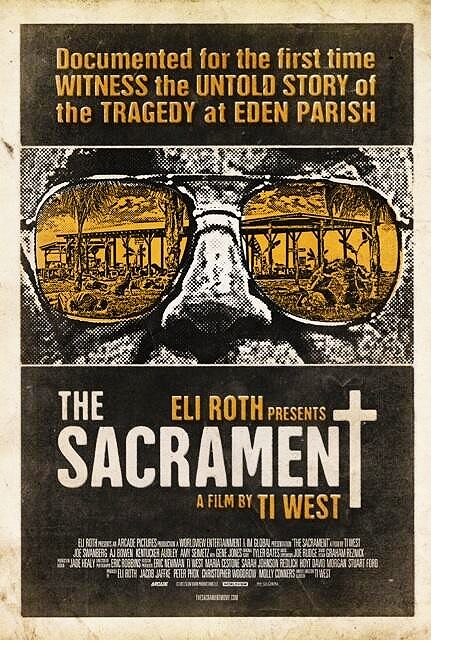 I had a chance to check out Ti West’s new film THE SACRAMENT which played this weekend at the Chicago International Film Festival. The director continues to impress me with his patient hand at storytelling as well as his decisions to not repeat himself. THE SACRAMENT is very unlike his previous films in tone, subject matter and style and by far his biggest budget yet, all of which makes for the director’s best film to date. 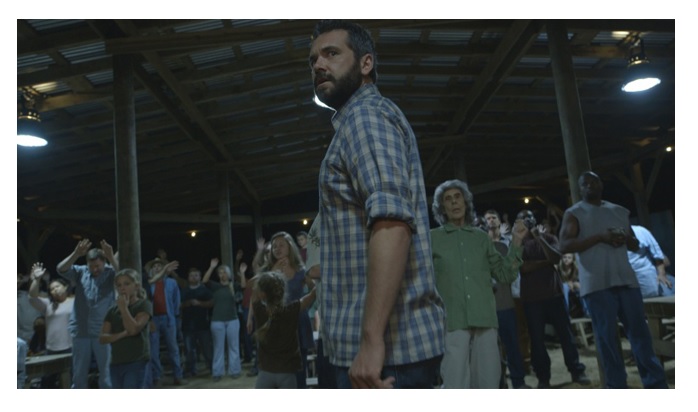 The story follows a VICE reporter Sam (AJ Bowen) and his cameraman Jake (Joe Swanberg) who during an interview with Patrick, a photographer (Kentucker Audley) find out that his drug-addicted sister Caroline (Amy Seimetz) had gone missing and that he had received a letter from her recently telling him that she is ok and living in a religious commune called Eden Parish. Smelling a good story, Sam and Jake follow Patrick who is invited to visit the commune which is at an undisclosed location and can only be reached by helicopter. All of this is setup which occurs in the first ten minutes of the film, the rest follows the gonzo reporters as they try to figure out what the appeal of the commune is to the bright faced people they meet upon arrival and soon uncover that not everything is cheery at Eden Parish.

I don’t want to reveal too much more of the plot mainly because it is a very simple one as the original goal to get Caroline home from the parish changes rapidly to everyone and doing anything just to get out alive. This being a horror film, I don’t think it’s a spoiler to reveal that the commune is not on the up and up. The beauty of this film is in the way West doles out the suspicious activity in tiny, growing beats first with some strange things happening here and there and ending in a full scale Armageddon. The fears that Caroline is in a cult is there throughout with West spending the better part of the first half of the film trying to convince us otherwise. 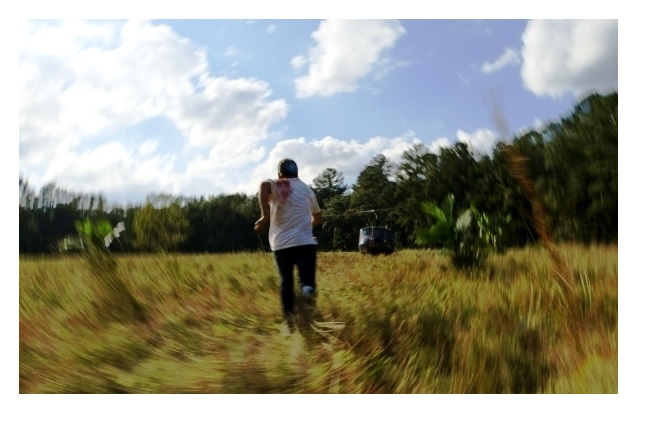 One might think that the film would be boring with most of the action happening in the last 40 minutes, but because of compelling performances all around, even the quiet bits are utterly engrossing. AJ Bowen and Joe Swanberg are two actors I never try to miss. They are fantastic genre stars in their own right, but paired together as they were in A HORRIBLE WAY TO DIE and YOU’RE NEXT and you’re bound to find gold. Here the two actors offer up somewhat restrained performances—more restrained than I expected, I have to admit. Bowen is especially likable in this film as Sam, who has a pregnant wife at home about to give birth. This is a detail that makes you root for him to get out of this alive all the more. Swanberg’s Jake is equally likable and seems to have an almost Zen mellowness about him. While I was disappointed there was less snark and witty banter between these two character actors, I understand why West might have not wanted that in this film as it might have steered the film from its serious tone. There does seem to be a friendship between the two characters in the film, but it feels like the characters were there to do a job and were doing it with no time for smart remarks. My disappointment was only momentary though as their performances were strong throughout.

The standout role though goes to Gene Jones who most will remember from the “Friendo” scene in NO COUNTRY FOR OLD MEN. Jones plays the commune leader dubbed Father by the parishioners. Every second of the time he is on camera he commands the scene. The film builds to an interview between Sam and Father which is held in front of every member of the commune. During these moments, Father is probably the most terrifying character you’re going to see in a film this year. His kind Southern drawl and tendency to quote the bible to give reason to everything is both convincing and menacing all at once. Bowen and Jones are amazing in this scene with the role of manipulator and manipulated changing hands throughout. Bowen shows range he hasn’t before in this scene and Jones’ verse-coated threats are mesmerizing. 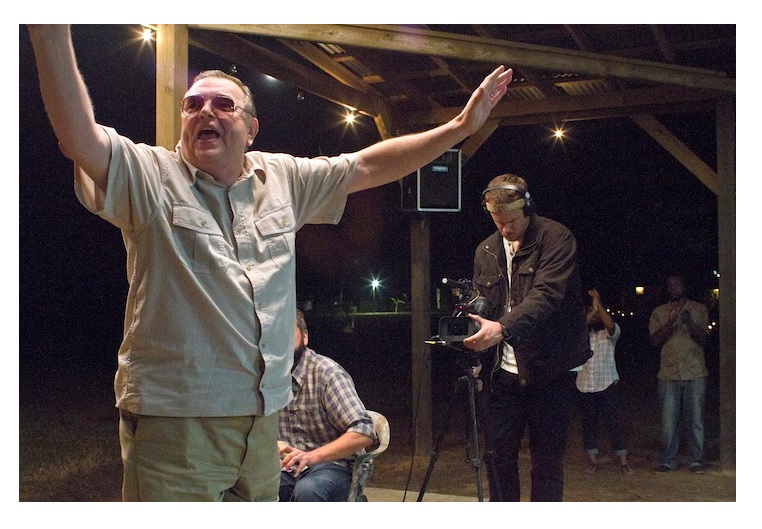 Shot in a faux documentary style, West does toss in some editing cheats here and there in order to tell the story he wants. If you are to believe that this footage has been edited and processed in some kind of tell-all documentary format, the cuts are understandable, but the film is not presented in that manner at the beginning. Had this started with the opening credits to the VICE HBO specials, it would have been more believable. But I doubt the more candid behind the scenes stuff at the beginning would have made the cut in a real doc. West also uses a score in this film which supports the faux documentary feel, but again, the opening hour was presented more as a found footage film and the score just doesn’t fit. The music during the scenes of tension and suspense were appropriate in a cinematically shot film, but here it raised more questions for me about the format and had me looking for a keyboardist and a cellist playing in the Eden Parrish pasture.

Those bits aside, the final moments of the film are as shocking and horrifying as you’re going to get. West’s slow buildup only works if the payoff is worth it and as all hell breaks loose in the final moments, I found that the wait was most definitely worth it. Like West’s previous films, this isn’t a film that’s going to give you a jump scare every five minutes. What THE SACRAMENT does is invite you in and gets you comfortable before it shows its claws and because of that, it left an undeniable mark on my psyche that I will be haunting by brain for days to come. It’s a fantastic film with performances that will be seen as classics some day and a tone that will trap you unsuspectingly. 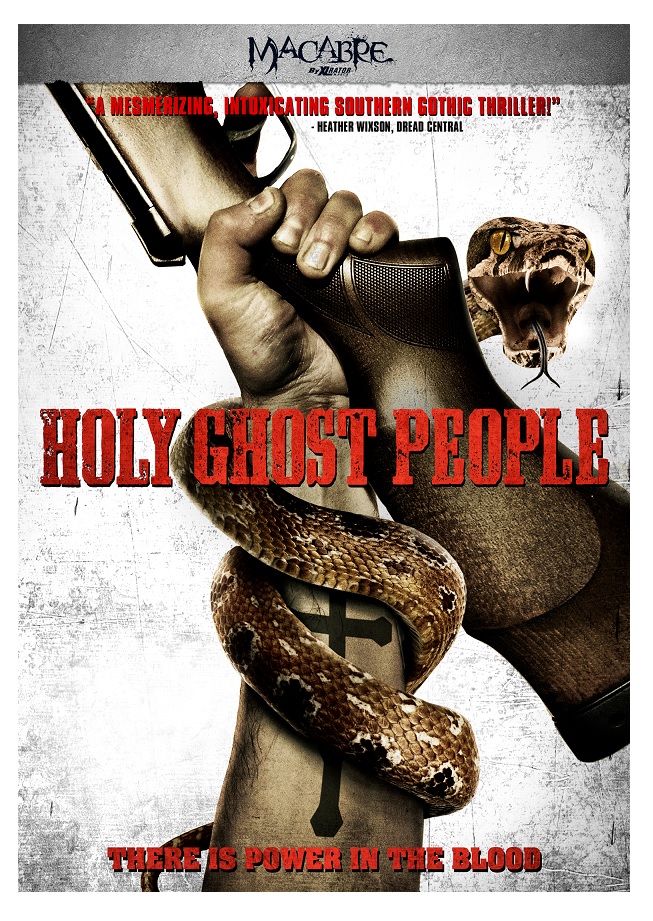 Very similar in theme to THE SACRAMENT, but slightly less successful in the delivery is HOLY GHOST PEOPLE from the Butcher Brothers who brought us THE HAMILTONS, THE THOMPSONS, and THE VIOLENT KIND. HOLY GHOST PEOPLE definitely shows growth in terms of mastering their craft by the Butcher Brothers as this is a good looking and surprisingly well acted film. Standout performances go to the spunky yet lovable Emma Greenwell who plays a young woman in search of her missing sister who disappeared into a holy commune in the hills called Sugar Mountain led by a charismatic preacher named Brother Billy (played by Joe Egender, another big standout in talent in this film). While this one falters towards the end, it was a film which stuck with me long after viewing.

Check out my full review of the film here and you can check it out here on Amazon and on !