This ANT-MAN doesn't just change size, he can also rewrite his own script! 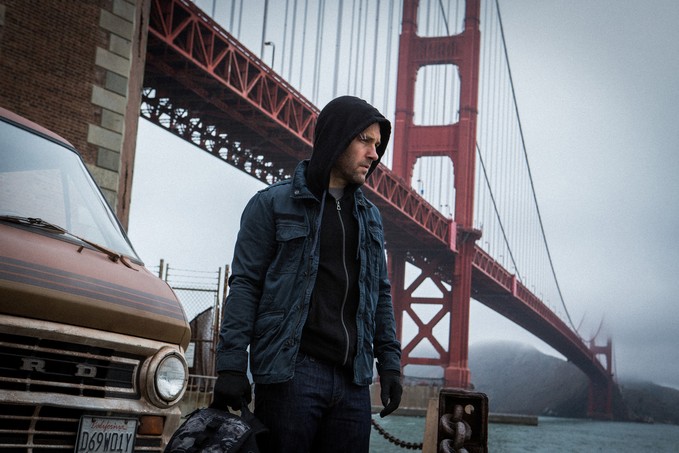 We all knew that pleasing Paul Rudd was a huge factor in choosing a replacement for Edgar Wright when he left ANT-MAN. The cast, up to and including Rudd, had been hand-picked by Wright, and if they didn't want their leading man to jump ship, they were going to have to bring someone he a. liked and b. could work well with. So along with bringing in Peyton Reed to direct, they brought in his ANCHORMAN buddy Adam McKay to rewrite Wright's latest draft.

In an interview with Collider, McKay revealed that he wasn't alone in polishing Marvel's big Phase Three kickoff:

“I’ve always known Paul Rudd’s a really good writer from improvising with him on set, but I had no idea he was that good—he’s really great with dialogue.  So the two of us holed up in hotel rooms on the east and west coast, and I think it was like six to eight weeks we just ground it out and did a giant rewrite of the script.  I was really proud of what we did, I really thought we put some amazing stuff in there and built on an already strong script from Edgar Wright and sort of just enhanced some stuff.”

He talks a little bit about why he took on the controversial gig:

“[Rudd] called me when Edgar Wright stepped away from the project and told me what was going on.  I went and met with Marvel, and I was a little dubious just because I’m friends with Edgar and I didn’t know what the story was, and then when I kind of heard what happened, that Edgar had parted ways, and then I saw their materials, I was like, ‘God this is pretty cool’.  Ultimately I didn’t want to jump in as a director, I had too many other projects going and it was too tight, but I thought, ‘You know what, I can rewrite this, and I can do a lot of good by rewriting it.’"

We assumed that most of the pre-viz and storyboards would carry over from Wright's tenure on the production, but McKay says that a bunch of new set pieces have been conceieved since:

“We added some new action beats.  I grew up on Marvel Comics so the geek in me was in heaven that I got to add a giant action sequence to the movie; I was so excited.  So we did, we added some cool new action.  There’s a lot that’s already in there from what Edgar did, there’s a lot of dialogue and character still in there. We just shaped the whole thing, we just tried to streamline it, make it cleaner, make it a little bigger, a little more aggressive, make it funnier in places—we just basically did a rewrite.  Edgar had a really good script.  But we just had a blast, and Rudd was just so much fun to write with.  I walked away saying, ‘Hey, you and I gotta write a script together.’"

So Adam McKay is jumping through hoops to explain that he and Rudd (as well as, presumably, Peyton Reed) have really had their way with Wright's draft, and have made ANT-MAN their own. But he'd have to say that, right? He can't be all, "There was money already thrown down, and Rudd didn't want to be in Marvel's first bomb, so he and I worked tirelessly to keep this hack job from feeling like a hack job." Plus, if he was really this passionate about the material, wouldn't he have taken the gig instead of passing it on to a lesser name like Reed?

Still, McKay and Rudd are funny dudes, and I have no doubt at least one big laugh in the final film will be directly sourced from these alleged hotel room conference sessions. Rudd may have been given way more leeway with the material than he would have if Wright was onboard, so maybe the actor has made the movie a little more personal and closer to his own tastes than it would've been otherwise.

But I still don't see how this is not Edgar Wright's movie when they're already admitting that the dialogue and most of the action were largely conceived and visualized by Wright. I wonder where his name will be on the poster: it seems way beyond a "Story by" credit from all this talk, no?