A New And Lesser Poster For NIGHT AT THE MUSEUM: SECRET OF THE TOMB!!

This one’s not as interesting as the Escher-inspired promo we saw a month or so ago, but why we should be expect The Powers That Be to stick with/enhance unique ad campaigns at this stage in the game? 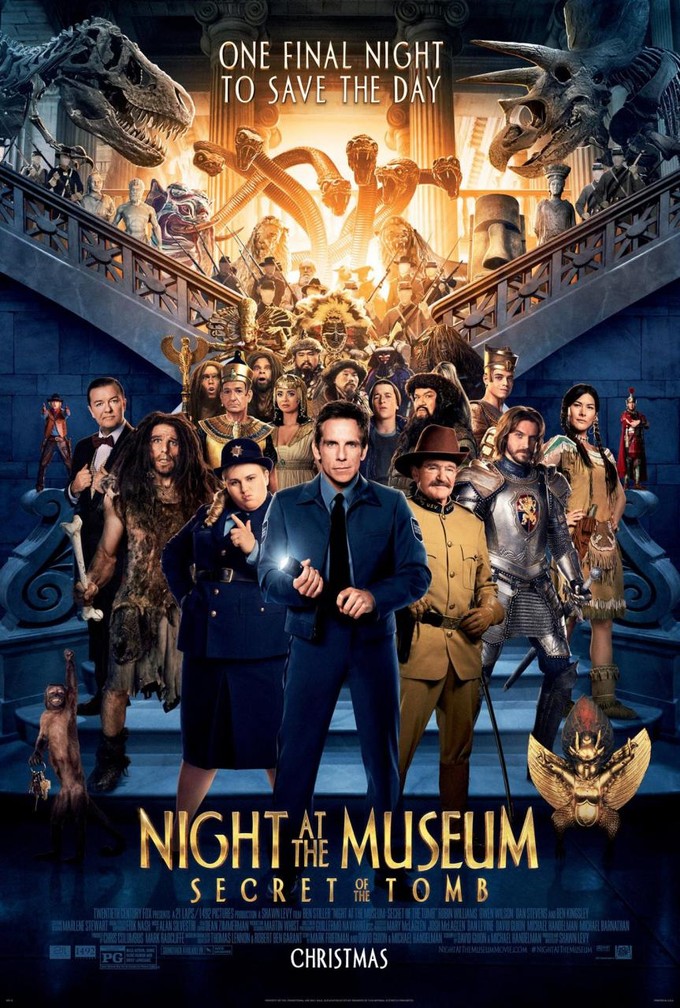 SECRET OF THE TOMB releases December 19.  Its trailers suggest the film will evolve the franchise deeper into settings beyond museums, which is fun enough I guess.  I seem to recall scripters Robert Ben Garant and Thomas Lennon once joking that they wanted to set this film in the Liberace Museum - a notion which seems pretty great.  Alas…