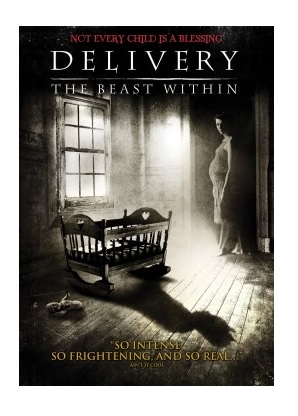 There’s something precious about a pregnant woman that’s almost taboo in horror. When Jason murders the pregnant girl in FRIDAY THE 13TH PART 3, for me, it was one of the most shocking of his kills. Usually in horror, the pregnant one lives, mainly because of the message that the unborn is supposed to be the ultimate in innocence—there to be protected at all costs and the hope that something good can come from all of the terror we have witnessed. Yet in one of the most infamous pregnancies in horror, at the end of HUMANOIDS FROM THE DEEP, and in many films afterward, the pregnancy is often used as that final shockeroo moment to keep the audience screaming. Still, what a pregnant woman is put in danger, I still can’t help but wince. 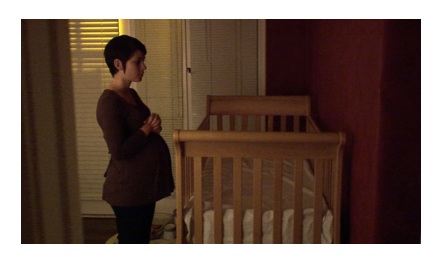 And that’s what makes DELIVERY such an effective film. Maybe it’s because of what I tried to explain above, or maybe it’s because I just became an uncle for the first time, but I found this found footage meets ROSEMARY’S BABY flick to be one of the more intense films of the subgenre. Centering around a reality television show, which at first had the intention of being a light hearted look at a couple during their first pregnancy, the tone of DELIVERY turns deathly serious when Rachel (Laurel Vail) has a scare with the baby in the pilot episode. Ever since that night, Rachel and her husband Kyle (Danny Barclay) begin to experience strange things occurring around them. Things get even more strange as the pregnancy progresses.

I want to keep things vague because I think you’ll enjoy DELIVERY if you go in expecting another hum drum found footage flick. I did that and couldn’t believe how powerful it hit me. The final moments of this film literally knocked the wind out of me. Again, the concept is one that evokes a protective feeling and Laurel Vail makes it all easy since she is extremely likable as Rachel. The set up, that the couple has experienced miscarriages before, makes it almost impossible not to root for them and the filmmakers take full advantage of that notion and use that investment to scare the shit out of the viewer time and time again. 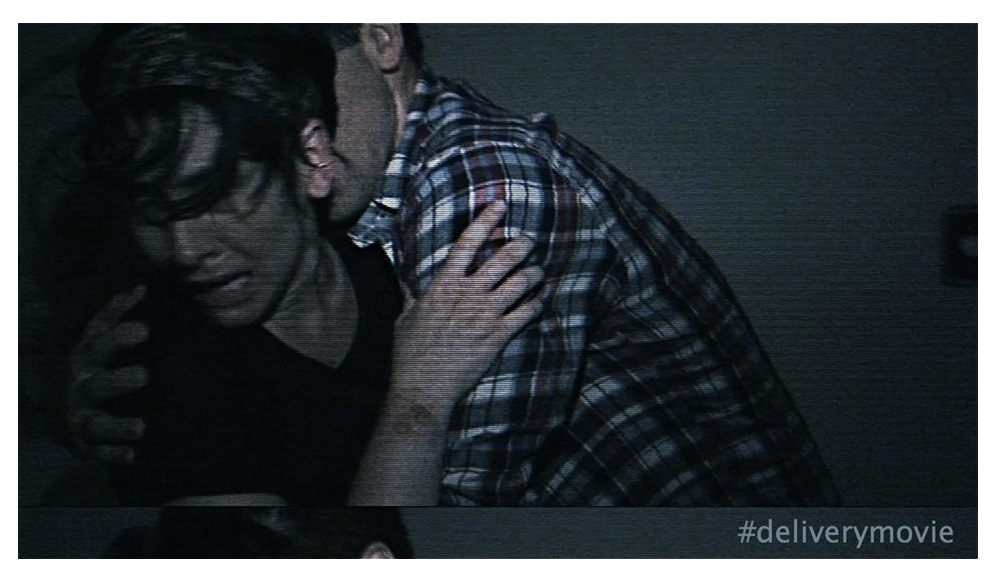 Though the first section of the film is set up to be the pilot episode of the intended series and is set to strumming guitars and quick montages of the couple maneuvering through the city, DELIVERY quickly turns more into a documentary. Rick (Rob Cobuzio) the director of the DELIVERY series, talks stoically to the camera, explaining that the rest of the film is made up of raw footage taken from the rest of the unaired season. Deciding to have Rick pop in occasionally to explain what’s going on in the periphery at first feels as if the film is taking the wind out of the scares by announcing when something bad is going to happen. But Cobuzio does such a good job here that it feels like a blessing in disguise that he warns us before hand and definitely puts a dire tone to the film which starkly contrasts with the joy the couple is feeling in the opening moments. It also gives the promise that something horrible is going to happen and holy shit does it.

I was completely entranced by this film, internally begging for Rachel and Kyle to somehow have the baby of their dreams and fearing what kind of monster is growing inside of her. The final moments of this film are so intense, so frightening, and so real that even though you know it’s a movie, you’re going to be fooled by the reality of it all. The trailer below doesn’t do the film justice, as it makes the film feel like it’s a PARANORMAL ACITVITY riff and while the haters will dismiss this film immediately, DELIVERY is more effective than the last three PA films combined. If the final moments of this film don’t affect you in some way, you must already be dead. I was hit hard by this film which feels more like a documentary than a true found footage film. The scares are intense, the mood is dire, and the people in danger are worth rooting for. DELIVERY is one hell of a pregnancy horror movie and feels like a modern day ROSEMARY’S BABY. That’s high praise from this reviewer who holds Polanski’s film up to be one of the best of the best in horror. 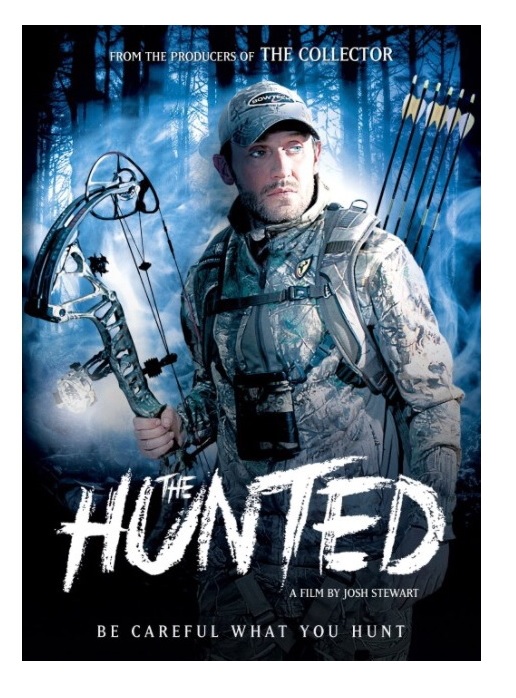 Worth Noting: THE HUNTED!

Another film that starts out as a optimistic cable show, but quickly swirls into a briny pit of horror is THE HUNTED, a film that had a palpable effect on my while watching as an aspiring hunter who wants to host his own cable show ventures out in the woods with a cameraman in order to show off his woodland prowess. Instead of a prize buck, they find something all the more terrifying. This is not a perfect film, but it does use sounds extremely well and ended up leaving me with an awakened fear of the dark.