Why is DEVOURED #20? Is it a ghost story? A psychological drama? A descent into madness? A murder mystery? Or how about all of the above? DEVOURED is all of this and more with an unforgettably heart wrenching performance by Marta Milans as a lost soul trying to keep her head above the water by working her fingers to the bone by day in a restaurant so that she can send money back to her ailing son in Mexico. This film is equal parts heartbreaking and terrifying.

You can find DEVOURED on iTunes here. Below is my review of DEVOURED from September!! 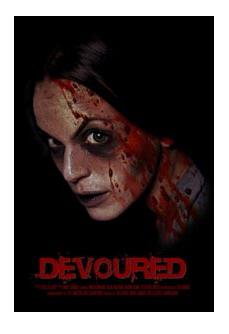 They say man is a social animal. Without contact with others, the mind tends to fray. There’s a theory about schizophrenia. It’s an obscure one, but one that I always thought was interesting. Without contact with others, the mind starts having conversations with itself. The voices a schizophrenic hears is actualyl one’s mind making up for the lack of social interaction. It’s a chicken and the egg situation as those suffering from schizophrenia are often outcasts to society. They don’t fit in. Is it the mental disorder that makes the person an outcast? Or is it the person who feels cast out and evolves to survive by making up voices to interact with?

As I watched DEVOURED, an urban nightmare, I was thinking about all of this. I watched Marta Milans play Lourdes, a cleaning lady in an upscale restaurant who lives alone in a large city, and saves every cent she makes to send home to her son in need of an operation. Though this film starts out slow, showing Lourdes banal day to day routines, we get to know her, care for her, and hope that she can find a way to solve this problem she faces. In taking this time, roughly half the film, to see Lourdes painfully hold back the tears as she talks to her son on the phone, put up with harassment at work, and go to extreme lengths to make the money she needs, we start to feel for her. Greg Olliver, from a quiet but powerful script from Marc Landau, directs with a solid stance, cementing the heft and reality of Lourdes situation.

In doing so, we feel all the more as things start getting creepy around the restaurant Lourdes spends so much time in. She starts seeing shapes moving in the trash bags she throws out, mysterious figures appear in the shadows, and doors lock and unlock, trapping her in closets then setting her free. Soon Lourdes believes that the restaurant is haunted. With no where to go and no one to help her, we feel the desperation as Lourdes tries to work even harder, despite the creepy conditions, so she can get to that ever closer dollar amount that means her reunification with her son.

The weight of this film is on the back of Marta Milans who plays Lourdes. Through simple facial gestures and blinks of her eye, we believe her dire situation and the nightmares she is experiencing. As Lourdes, she experiences a variety of emotions, all of them feeling real and reeling us in for s shattering conclusion where everything goes sideways and insane.

DEVOURED is a fantastic film of a city swallowing a lost soul whole. With a powerful performance by Marta Milans, some moody atmosphere, and some conservative, but powerful scares that crescendo to a deafening level by the end, DEVOURED is an urban horror tale that shouldn’t be missed. 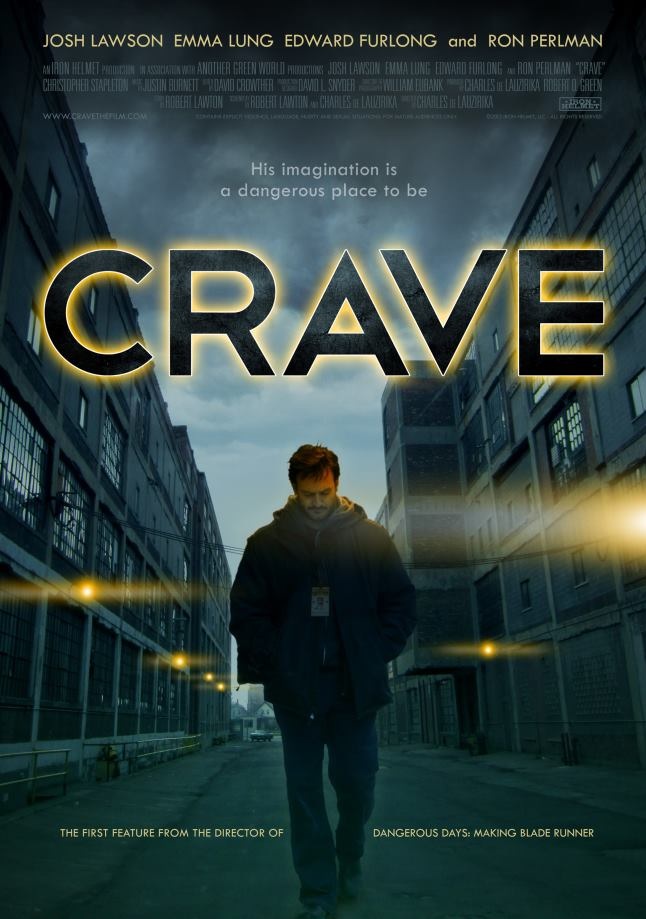 Much like DEVOURED, CRAVE deals with a city swallowing a person whole. This one also has shades of TAXI DRIVER as the protagonist seems to be operating on a level of sanity that is both crazier and saner than everyone else around him. CRAVE is thoroughly entertaining from start to finish as we follow one lonely man as he tries to find a place in a big scary place. It’s dark and twisted and has a great sense of humor.

Check out my full review of the film plus an interview with the director here and you can check out the film here on Netflix and here on Amazon!