Paul Feig has confirmed that his new GHOSTBUSTERS film will be a hard reboot with no connections to the original films! 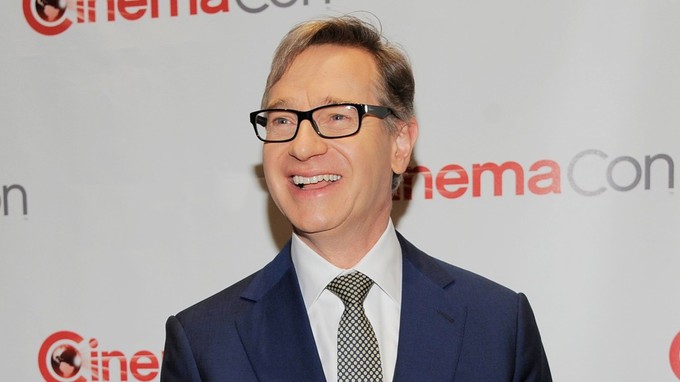 After Paul Feig confirmed his involvement on the new GHOSTBUSTERS reboot, the internet exploded with opinions on a film that hasn’t even been written yet. There was a lot of speculation about how he was going to approach this new film. My assumption was that it would be a sequel/reboot with some connections to the original film and cast.

That is apparently not the case, because in an interview with Entertainment Weekly, Feig has confirmed that this will be a hard reboot, and will also not acknowledge the events of the previous two films (probably):

"My favorite thing to do is work with funny women. I was like, what if it was an all female cast? If they were all women?  Suddenly, my mind kind of exploded: that would be really fun. And then I thought, well, what if we just make it new? It’s not coming into the world that existed before. It’s always hard if the world has gone through this big ghost attack, how do you do it again? I wanted to come into our world where there’s talk of ghosts but they’re not really credible, and so what would happen in our world if this happened today?"

He continued to clarify this approach by saying:

"I love origin stories. That’s my favorite thing. I love the first one so much I don’t want to do anything to ruin the memory of that. So it just felt like, let’s just restart it because then we can have new dynamics. I want the technology to be even cooler. I want it to be really scary, and I want it to happen in our world today that hasn’t gone through it so it’s like, oh my God what’s going on?"

There has also been a lot of speculation on cast and who would fit into the various roles that were established in the first one and Feig was asked about this:

"We want to have fun with giving nods to what came before, but we don’t want to be bound by it because Katie and I already have talked at length and we have really fun ideas for things. But we want to tell the stories that we would like to tell, which means we want to tell the character arcs that we want to tell, which means we want to start with some of our characters in a different place or with different personalities and things they have to overcome and learn through the experience of this first movie. My number one thing is always about character and what is somebody learning from or transforming through whatever happens to them in the movie. So I think there will be definitely room to play with that. We want to do clever nods to it, but not cloying nods to it. We want to have the ability to really bring it into modern day.

It’s an awesome cast. For me there’s so many ways I can go with this because there are so many funny women that’s going to be the hardest thing to narrow down is who to put in. I’ve got a lot of ideas on that but nobody set in stone. That’s part of the fun for me is figuring out what’s the best combo, what’s going to be relevant and fun. Bottom line: I just want the best, funniest cast."

He was also asked about how far along he is in the process of scripting it:

"We have a very rough, rough outline that we’re working with, but definitely know the basic story, know what we want the basic characters to do, know what we want the world to do and what the rules of our world are, but nothing I want to discuss obviously. It’s cool. I think it’s a really strong origin story that feels real—as real as a ghost story is. It’s going to be really fun and real. We’ll make it scary and funny."

Feig talked about some of the misogynistic comments and controversy that has arisen since it was announced that it would have a mostly female cast:

"I just don’t understand why it’s ever an issue anymore. I’ve promoted both Bridesmaids and The Heat and myself and my cast are still hit constantly with the question, “will this answer the question of whether women can be funny?” I really cannot believe we’re still having this conversation.

Some people accused it of kind of being a gimmick and it’s like, it would be a gimmick if I wasn’t somebody whose brain doesn’t automatically go to like, I want to just do more stuff with women. I just find funny women so great. For me it’s just more of a no-brainer. I just go, what would make me excited to do it? I go: four female Ghostbusters to me is really fun. I want to see that dynamic. I want to see that energy and that type of comedy and them going up against these ghosts and going up against human detractors and rivals and that kind of thing. When people accuse it of being a gimmick I go, why is a movie starring women considered a gimmick and a movie starring men is just a normal movie?"

There is a lot more in that interview, so go check out EW's site. These are the comments I found most interesting but that might not be the case with you. I do actually think that this could be a great idea. I don't know about going with the idea that the first film never happened (Ernie Hudson is not happy), but a sequel with only Dan Aykroyd and Ernie Hudson coming back would have been a disaster.

I also really hope that they don't just use the character archetypes that were established in the original films, but this is the co-writer of FREAKS AND GEEKS and BRIDESMAIDS and those feature some really great, interesting characters, so I'm not too worried about that.

I will definitely give this film a shot and hope that it proves a lot of people wrong.