Ahoy, squirts! Quint here. So, there was a little bit of a mix up that resulted in me getting slotted into the very last available space on this press day. A lot of journalists hate being the last interviewer of the day because the interviewee is usually tired and has answered all these questions a million times, but I've usually found that if you're a more conversational interviewer (like yours truly) that these last slots of the day can be very rewarding.

Usually the subject is excited that their press day is almost over and doubly engaging when you're not just asking the same top five questions they've gotten over the course of the day. If you're at all conversational you can even hide these standard questions in the discussion and get a fresh answer out of them.

However, there is a danger to being in that last slot, too. In the mix up I was added to the end of the day on one publicist's schedule, but not Keanu Reeves' publicist's schedule, so when it was my turn to sit down with him, I saw Reeves and his publicist exiting the room, calling it a day. The slump of his shoulders and brief look of sadness that crossed his face when he found out he still had to do one more interview struck a little fear into my heart, I'm not gonna lie. That's not exactly the headspace you want the person you're interviewing to be in.

Reeves was a professional, though, and while I think it took a few minutes for him to really begin to engage he never made me feel bad or put out “I don't want to be here right now” vibes during our little chat.

And when he lit up at the mention of Bill and Ted's Bogus Journey it made my week. So there's that. Hope you enjoy our chat about action movies and Station! 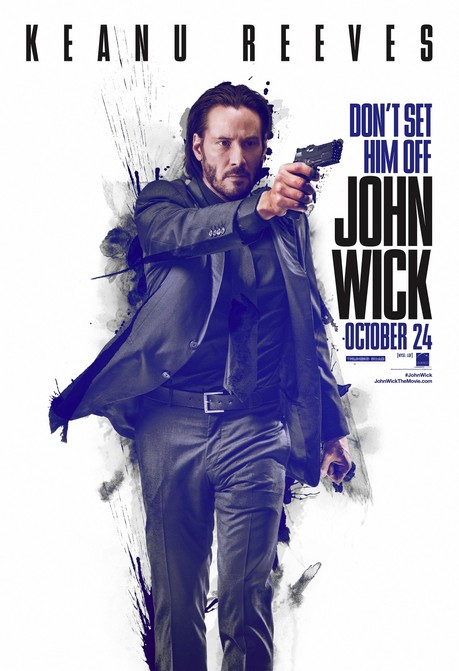 Quint: I loved the movie. It reminded me the kind of film we'd get to see before the death of the drive-in. It seems after that the only action films we got were either super cheesy and cheap or bland with big budgets. Was this project attractive to you because it hit that balance and felt like these older action films?

Keanu Reeves: I try to do work that I enjoy doing that hopefully other people will enjoy. John Wick was a script that was sent to me by Basil Iwanyk, a producer from Thunder Road. What was the question?

Quint: I guess I'm asking if you liked those older action movies that focused on character and building a world, movies that would star people like Alain Delon or Steve McQueen and if that was what drew you to John Wick.

Keanu Reeves: For John Wick, I'm sure the filmmakers had that going on. For me, on the page I guess I responded not to the cinema of it, but maybe more of the graphic novel (influence) in terms of the underworld, the world of the Continental Hotel, thieves honor, the gold coins and stuff... and then the normal world. The mythology felt graphic novel-y. But you're right, it has this Steve McQueen/Bullitt kind of thing or even Dirty Harry in a way. And Spielberg in some weird way. Jawsian, you know what I mean? Some of the framing, wide to close, and all the characters there...

Quint: One of my favorite things about Jaws is that every character, no matter how small, has a distinct personality. It could be a guy behind the counter at a shop with one line and you'd want to see more of him. John Wick does something similar here. I mean, I could watch a whole movie just about John Leguizamo's character or an entire feature set inside the Continental.

Keanu Reeves: You feel like there's something past them, a world that goes beyond that character. I think the directors really succeeded in that.

Quint: You've worked with them both many times, but in a different capacity. You knew they could pull off amazing stunt work, but what was it about them that earned your trust that they could direct this particular project?

Keanu Reeves: I met Chad and Dave on the Matrix trilogy. Chad was the stunt double for Neo and Dave was the stunt double for Smith. Chad doubled me on a couple of other films since then. Seeing the work they had done on second unit, knowing that they'd done The Expendables and even farther back 300... We had conversations about what they wanted to do. They had been developing scripts and talking about directing. When I sent them John Wick I thought it would be a project they'd like and they did, which I'm really grateful for.

I knew from being around them, working with them, how they work and I know they were interested in story and they had an opinion and a vision.

Quint: It comes through in the movie. It doesn't feel like a first time film to me. I don't know how they were on set, but it feels very confident. I'm sure a lot of the detail of that world was in the script, but it's a much more complex movie than just “Keanu shoots his way towards revenge.” It was a good call bringing them onto this film. I'm looking forward to seeing what they follow this up with.

Keanu Reeves: Yeah, me too. I know with the physical side of it, the action side of it, they wanted to do longer takes, which I like. I like whatever can put the audience into the moment of the movie, the experience of it, the emotion of it... I thought they did some cool stuff with the weapons, the “Gun-fu.”

Quint: And the car stuff is great, too.

Quint: What other fu's are in there? Beagle-fu. Well, that didn't turn out so well for the dog, so maybe not...

Quint: Which, by the way, is probably the most universal scene in the movie. You could watch that movie with 100 different audiences from anywhere in the world and get the same gasping shock at that moment. “I instantly don't like that guy.”

Keanu Reeves: No! The dog!

Quint: Even after only a couple of screenings people are already talking about wanting to see a whole series of John Wick stories. Is that of interest to you, to return to this character, or do you see this as more of a one-off?

Keanu Reeves: I don't know. We haven't spoken about that. I mean, the film has to see what kind of life it has. Conceptually, I could play that guy again. I like his clearness. He seems like a pretty honorable guy. 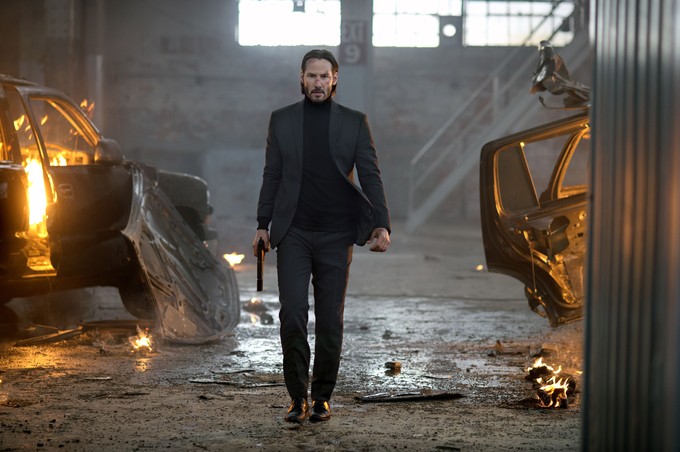 Quint: I noticed he almost has this unstoppable killing machine/Terminator quality to him, but he also has these moments where he allows the emotion to bubble up. Usually that's because he gets pissed off, but he also allows himself to grieve for his wife. To me that shows there's a lot of depth to the character, or at least more depth than the usual hard-ass assassin guy.

Keanu Reeves: For me, what was cool to have the audience react to... there is this kind of hyper reality that allows you by proxy to enjoy John having this retribution, trying to get to this guy and end his life, but the moment when John executes him it was really silent. It felt different than all the other beats. I like that the directors had that intention. It's kind of heavy. It's one shot and you don't the guy begging “Oh, John! I didn't mean to!” You just see a guy walk up and put a fuckin' bullet in someone's head.

Quint: That's probably exactly how it'd go down with someone as methodic as Wick.

Keanu Reeves: Yeah, it feels real, but somehow heightened. I don't know. I like that they were able to play with violence. And that scene has the backdrop of a violent video game. The guy who's saying “turn it off, come back to reality!” and every around him is getting sniper bullets.

Quint: The movie's smart. We don't get a whole lot of action movies that take themselves seriously, but still know how to have fun.

Quint: I'll let you get about your day, but I did want to end by telling you that when my mom married my step-father... the day that he legally adopted me and I took his last name we celebrated as a family by going to see Bill and Ted's Bogus Journey.

Quint: Yes! And I still adore that movie.

Keanu Reeves: Me, too.

Quint: It's one of the better comedy sequels and I don't think it's gets the appreciation it deserves.

Keanu Reeves: What about Station?

Quint: He's the best, are you kidding me?

Keanu Reeves: The butt-crack, the way it grows! (laughs) We're in heaven and the Lord gives us Station? It's fantastic!

Quint: What could have been a better gift? And you had Death on your side...

Keanu Reeves: Yeah, we had Death.

Quint: I just want you to promise me that if you guys ever do make Bill & Ted 3 that Station comes back. That's all I ask. 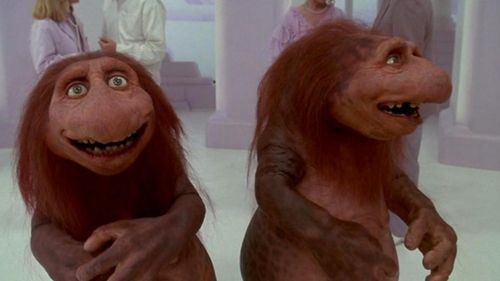 There you go! Hope you dug the chat! As usual I'm behind on a bunch of interviews, so stay tuned for some more cool stuff headed your way!