Why is AFFLICTED #23? While many cheered about THE MARKED ONES, AFFLICTED took a similar theme and ran with it like a parkour jumper on steroids. This horror version of CHRONICLE shows the slow progression from man to monster through the eyes of a camera, but it’s the convincing performances from the actors as well as the jaw-dropping effects that will have you wondering “how did they do that?” that makes this film one of the best of the year in terms of horror.

You can check out AFFLICTED on Amazon here and on Netflix here. Below is my review of AFFLICTED from March!! 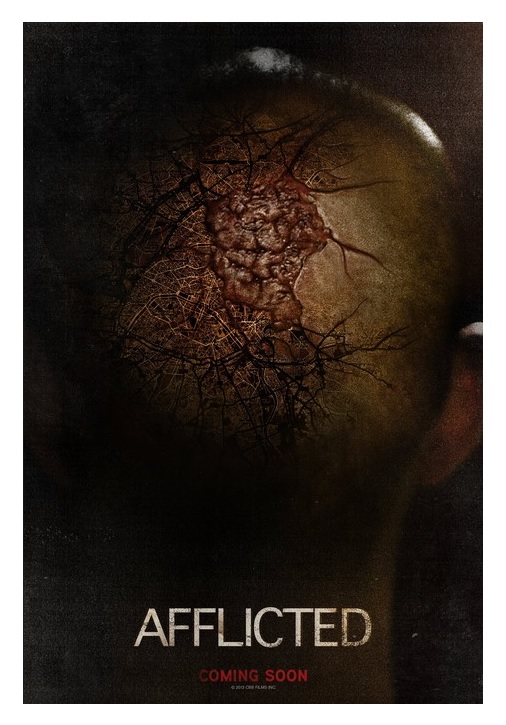 Most found footage films play out like an intricately laid house of cards and the film itself provides the light breeze that cause the plausibility of it all to topple to the ground. But some strong storytelling, strong acting, amazing effects, and a solid premise, the foundation for AFFLICTED is set solid in stone, making the film one of the strongest found footagers you’re bound to find this year. 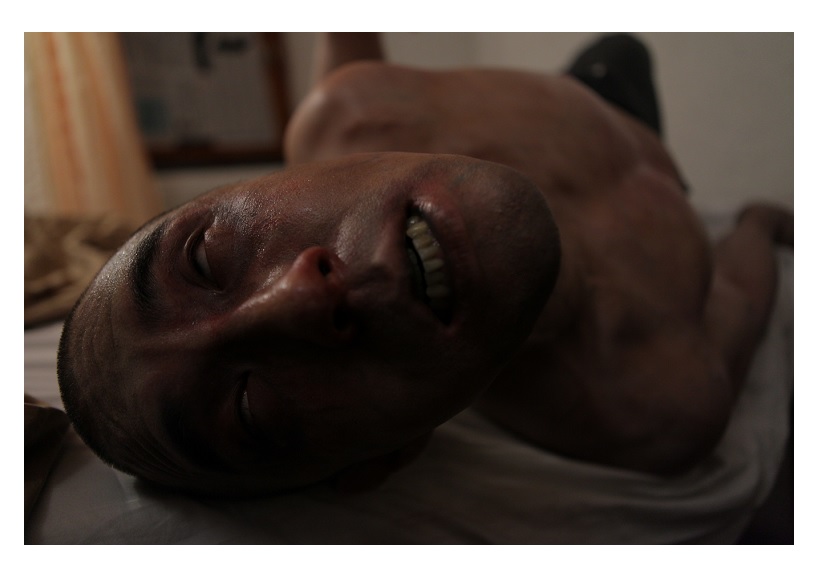 The story follows Derek Lee and Clif Prowse (playing themselves and also sharing the directing and writing chores for the film) as they plan to take a trip around the world, seeing sights and doing things the two lifelong friends have never done before. Derek has just been diagnosed with a brain tumor and though his health is of concern to his doctors, his family, and his friends, including Clif, he refuses to cancel the trip because of this horrible news. Honoring Derek’s wishes, Clif comes along to document and co-experience this trip with Derek, and also makes a promise to his family to look out for him and make sure he is ok. While Clif’s intentions are sincere and his friendship with Derek is strong, no one could prepare for what happens when Derek takes a woman home from a bar and is found some time later by Derek, attacked and bloody in his hotel room. Soon after, Derek begins to change, and what first started out to be a documentary about Derek living life to the fullest turns into a nightmare as we witness first hand Derek’s metamorphosis into…something inhuman.

Though CHRONICLE is the first film that came to mind when I saw this trailer, the film immediately separates itself from the found footage hit by taking a much darker and surprisingly heartfelt melancholy tone. As they reveal the reasons Derek is taking these chances and going on this trip, you immediately begin to root for these guys to survive and live their lives to the fullest. You feel for Derek, who does a fantastic job of making you care for him in very little screen time. Clif is equally if not more likable as the friend everyone wishes they could have, sacrificing everything to help and be there for his friend. The strong foundation of friendship is what holds this entire film together. 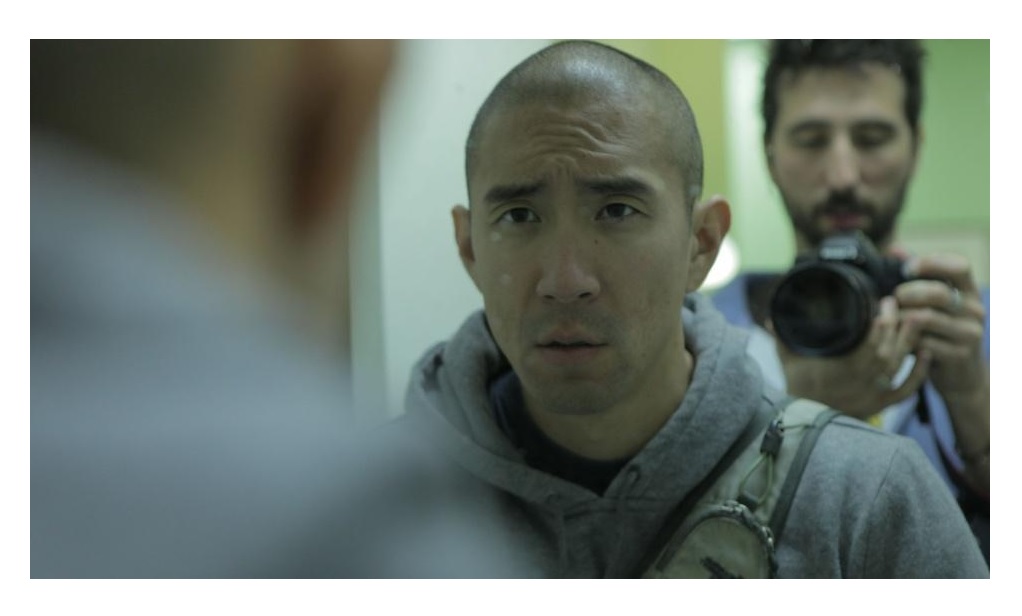 There is a lot of fun to be had in this film. Seeing Derek find out he has super strength and speed has been done before, but because the characters are so rich, it all feels fresh. When things go wrong, also, these are aspects we’ve seen in horror before, but there is a freshness to everything playing out on screen that makes it all feel like you’re seeing it for the first time (again because of the solid performances). The effects involving both the powers exhibited and the makeup of Derek’s transformation are amazing to behold. For the most part the CG is seamless and the practical stuff give the transformed Derek a look that is utterly unique. Derek’s movements in his transformed state are equally horrifying and amazing when the human aspect of him goes away and he is being driven by pure animal instinct.

With most found footage films, the key element which makes or breaks the film is coming up with a reason to keep recording all of this. Here, the reason for keeping the camera rolling is out of honor of a strong friendship and since this entire film is built around the friendship between Lee and Prowse the reason to continue to capture the events on film is believable. Because of this, you aren’t nagged with that feeling of why that is often plaguing films of this type. Having conquered that found footage challenge, you can sit back and just enjoy the events of the film unfold and it makes for a much more satisfying experience.

AFFLICTED is a film that will definitely have you wondering “How the hell did they pull that off?!?!” in terms of what is captured on camera. Given the developments in digital tech, I shouldn’t be surprised, but I think even the most jaded fanboy is going to be impressed at what the filmmakers are able to pull off with camera tricks, digital manipulation, and practical effects. AFFLICTED isn’t just another found footage film you find and immediately want to lose. It’s one of the strongest mainstream horror films released this year and deserves to be seen by all who love a good scare. 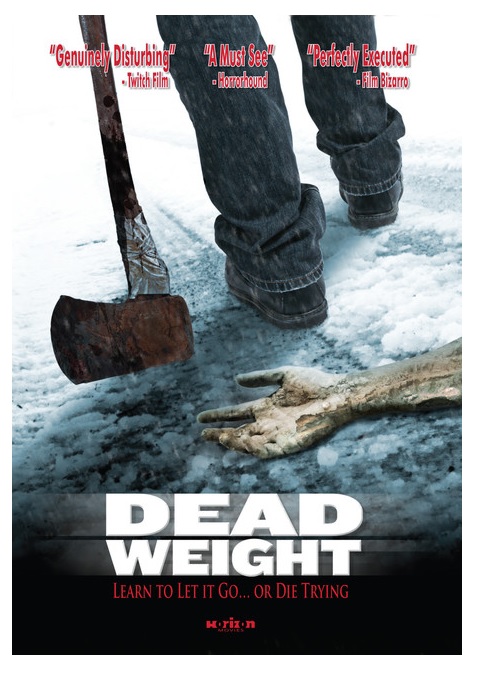 This is another zombie film that is definitely a cut above the norm in terms of acting and the investment that is built between the characters. While oftentimes the most complex aspects of a zombie film is the make-up applied to the extras, this one has deep relational themes at play as alliances and bonds are tested and broken throughout the whole movie. This movie’s climax is amazing and hit me emotionally in the gut that took me by surprise at how powerful it is given it’s low budget film status. If you’re looking for a film that’s out of the norm, this is it.