Why is CHIMERES #24? Well, if you’re in need of a good vampire fix to cleanse your palate of Dario Argento’s DRACULA 3D travesty, this Swiss film that mixes a bit of regional racism with some psychological horror and some downright awesome and bloody action is sure to do the trick. The twists and turns this film goes through is bound to keep you guessing as to what kind of film this is and I love it for being one of those uncategorizable monsters. While the multiple shifts in tone may be off putting to some, I found it to be refreshing in that I wasn’t sure what this film was trying to accomplish from one minute to the next.

You can check out CHIMERES on Amazon here and on Netflix here. Below is my review of CHIMERES from February!! 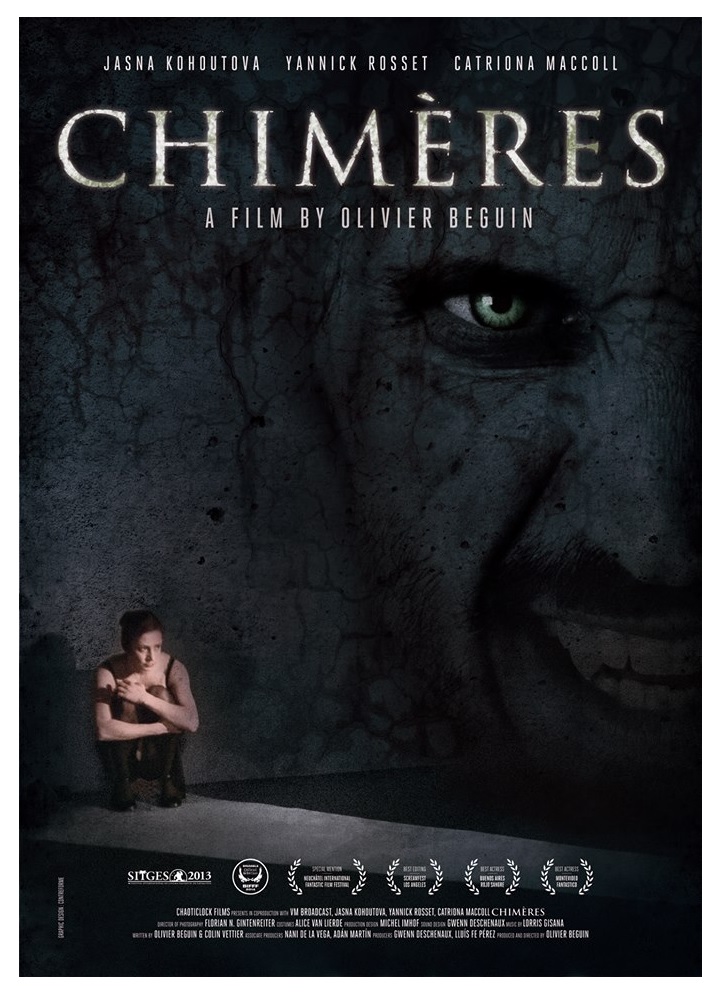 Available for digital download from iTunes and On Demand!

Chimeres can be a mythical monster with the head of a lion, the body of a goat, and a serpent for a tail. It also can be an organism with genetically distinct cells originating from two zygotes. It also could be a damn good twist on the vampire genre from Swiss filmmaker Olivier Beguin. We’re going to talk about the film, since this is a horror column.

A loving couple, Livia and Alexandre (Jasna Kohoutova & Yannick Rosset), are on vacation in Romania (Livia’s home country) when Alexandre suffers a life-threatening accident. Rushed to the hospital, Alexandre receives a blood transfusion which saves his life, but when they return to France, he begins having bizarre dreams which turn to hallucinations as the mirror reflects a demonic, blood-splattered, fanged monster every time Alexandre looks into it. Soon the urges for blood take over, and when Livia cuts herself and gives him blood to prove Alexandre is wrong in his assumption that he’s become a creature of the night, Alexandre actually becomes one with pulsating veins, animal-like eyes, and pointed canines. With Alexandre’s suspicions confirmed, the real question is if his relationship with Livia can survive.

The heart of this film is a love story, but though it is sweet at times, this French film is much more brutal and daring than any Americanized love story you’ll ever see. Kohoutova and Rosset make you believe these two characters are deeply in love and because of that, it made me follow them through all of the twists and turns this story has without so much as a question or doubt.

And this is a twisted story. What starts out as VAMPIRE’S KISS without the quirk-style take turns into an actual vampire tale once Alexandre gives into his bloodlust. And soon after that, this becomes somewhat of a revenge/vigilante style film which plays out as almost super hero-like by the action-oriented final scenes. The best thing about this film is the way its story morphs and changes genres and subgenres on a whim, yet that change is natural and believable given the love that holds these two souls together.

But it’s not all lovey-dovey, as CHIMERES is not afraid to splatter gallons and gallons of blood in order to tell its tale. There are also some fantastically subtle vamp effects, specifically the teeth which are for some reason much more realistic than those I’m used to seeing in vampire films. Pair that with some amazing throat-ripping and shoulder-shredding bites and you’ve got one tactile and visceral vamp movie like few others.

There may be some who find the shift in tone in the final twenty minutes of this film to be somewhat jarring. But just as the story took a leap earlier from a man who thought he was a vampire to an actual vampire story, I was willing to accept the shift towards the end. That said, the ending is bombastic and in your face, fast-paced and thrilling, just as the first half hour was touching and haunting, and the second half hour horrific and heartbreaking. CHIMERES is a fantastic rollercoaster ride for the heart and soul. It’s a blood-spattered masterpiece with characters that you will want to see conquer impossible odds, and will feel deeply when those odds ultimately overcome them.

BEWARE: The trailer ahead has boobies! 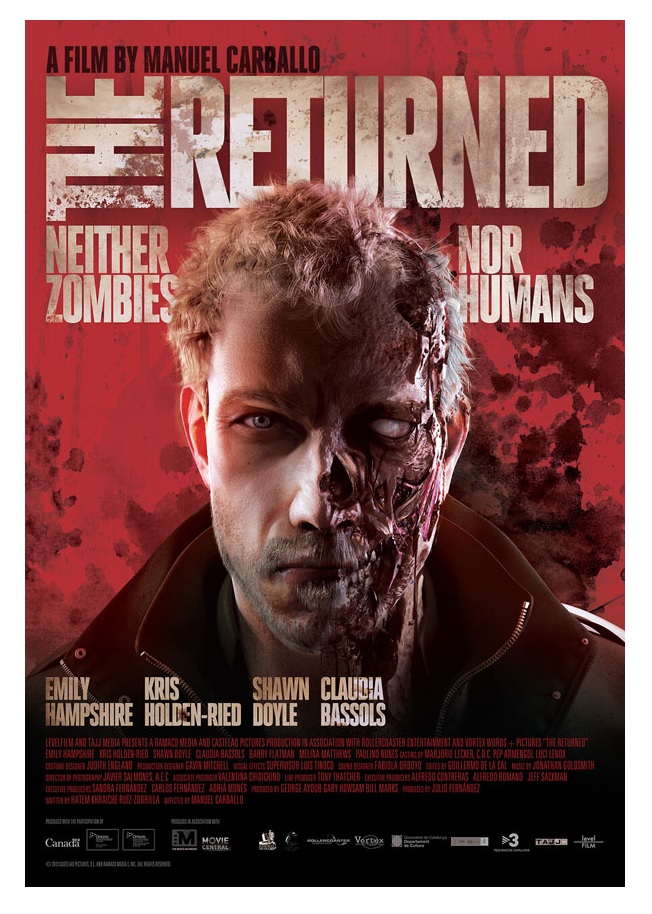 Worth Noting: THE RETURNED!

No, not the series with the same name, even though this film also takes an intriguing look at resurrection. The zombies in this book don’t really shamble around. Well, not at first. This one treats zombie-ism like a controllable virus as long as a medication is taken regularly. This one shows this dilemma through the lens of a couple; one a zombie, the other a living person, trying to live with the disease. I found this one worth noting because of the plethora of different real world situations at play in this fully realized world. The good stuff happens when the meds run out and the zombie threat threatens to come back. THE RETURNED has some great zombie drama, played real and heavy, which sets it apart from the rest of the shambling herd of zombie films.