Why is AT THE DEVIL’S DOOR #25? Because writer/director Nicholas McCarthy is two for two in terms of delivering the scares. Last year he did it with supernatural crime mystery THE PACT and his follow up is all the more terrifying as it shows a huge leap in confident narrative structure and genuinely horrifying scares.

You can check out AT THE DEVIL’S DOOR on Amazon here. Below is my review of the film from August!! 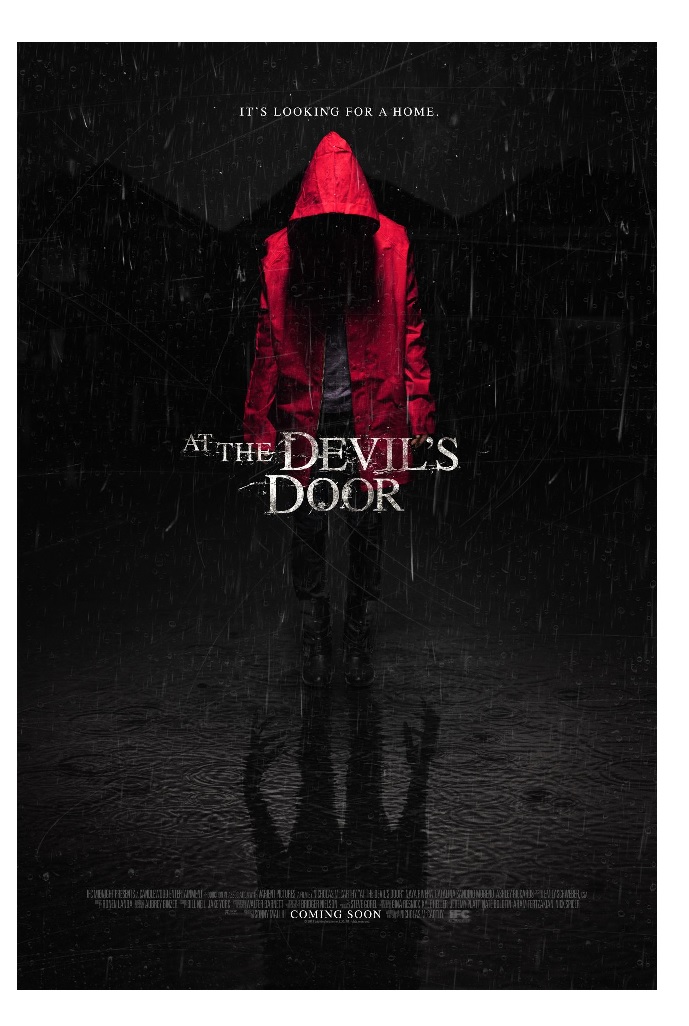 Available on DVD and On Demand from IFC Midnight!

Filmmaker Nicholas McCarthy caught my attention last year with his horrific ghost story of indescribable terror, THE PACT (reviewed here). He returns with his sophomore effort, AT THE DEVIL’S DOOR, I’m happy to say he’s got another winner of a horror film on his hands. 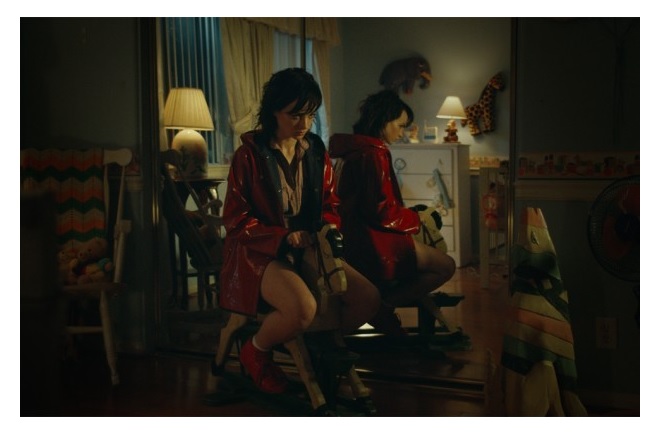 Playing with both timeline and narrative structure, McCarthy offers up a somewhat complex tale of ghosts and demons with a little bit of witchcraft tossed in for good measure. The story is an unconventional one, but tells the tale of a demon with a singular purpose: find the one body that is right for him to take over completely. Throughout the story, this demon takes residence in a few people and as the tale spans different locales and times, the demon’s goal is the one thing tying it all together.

Three women are tragically linked to the demon’s designs. The opening scene has a young girl talked into selling her soul to a witch doctor by her boyfriend. We then trip forward in time to meet a pair of sisters, Vera and Leigh (GLEE’s Naya Rivera &, Catalina Sandino Moreno, respectively). Leigh is a real estate agent trying to sell a house with a dark past and Vera is an aimless artist who fears being alone all her life. When Leigh starts seeing the girl from the beginning of the film (Ashley Rickards from MTV’s AWKWARD) wandering around the empty house, she is led face to face with the demon--but Leigh is not who the demon wants.

The story is much more complex that your typical demon possession yarn. The demon possession is the common touchpoint of the film, and it’s established well and early, so no matter when or where the story goes, it’s easy to understand by following the demon’s burned footprints. McCarthy does a great job of making the leaps in time and place easy to follow, allowing the strength of the female leads to carry us along the way wherever they take us. 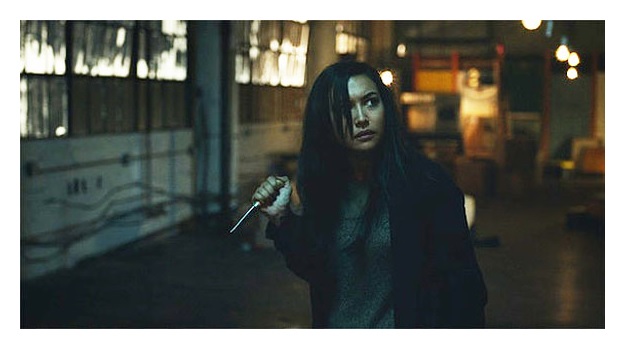 Lately, there seems to be a substitution of scares for Don Music head slams onto a keyboard. These sudden sharts of music are effective in unnerving the viewer, but these are empty scares filling space left for actual scary things to occur. There are plenty of music whammies in AT THE DEVIL’S DOOR, but what separates this film from the usual vacant fodder is that the musical punches are accompanied by equally frightening visuals. There are no false scares in AT THE DEVIL’S DOOR, just creepily set up scenes and visuals (accompanied by the music bump) that are the stuff of pure, uncut nightmare.

AT THE DEVIL’S DOOR is an unconventionally told version of a common tale, but with some fantastic performances by the female leads, some absolutely horrific shocks, one scary-ass demon, and a handling of suspense that is more potent than any I’ve seen in recent horror films, this is one horror film that is anything but common. 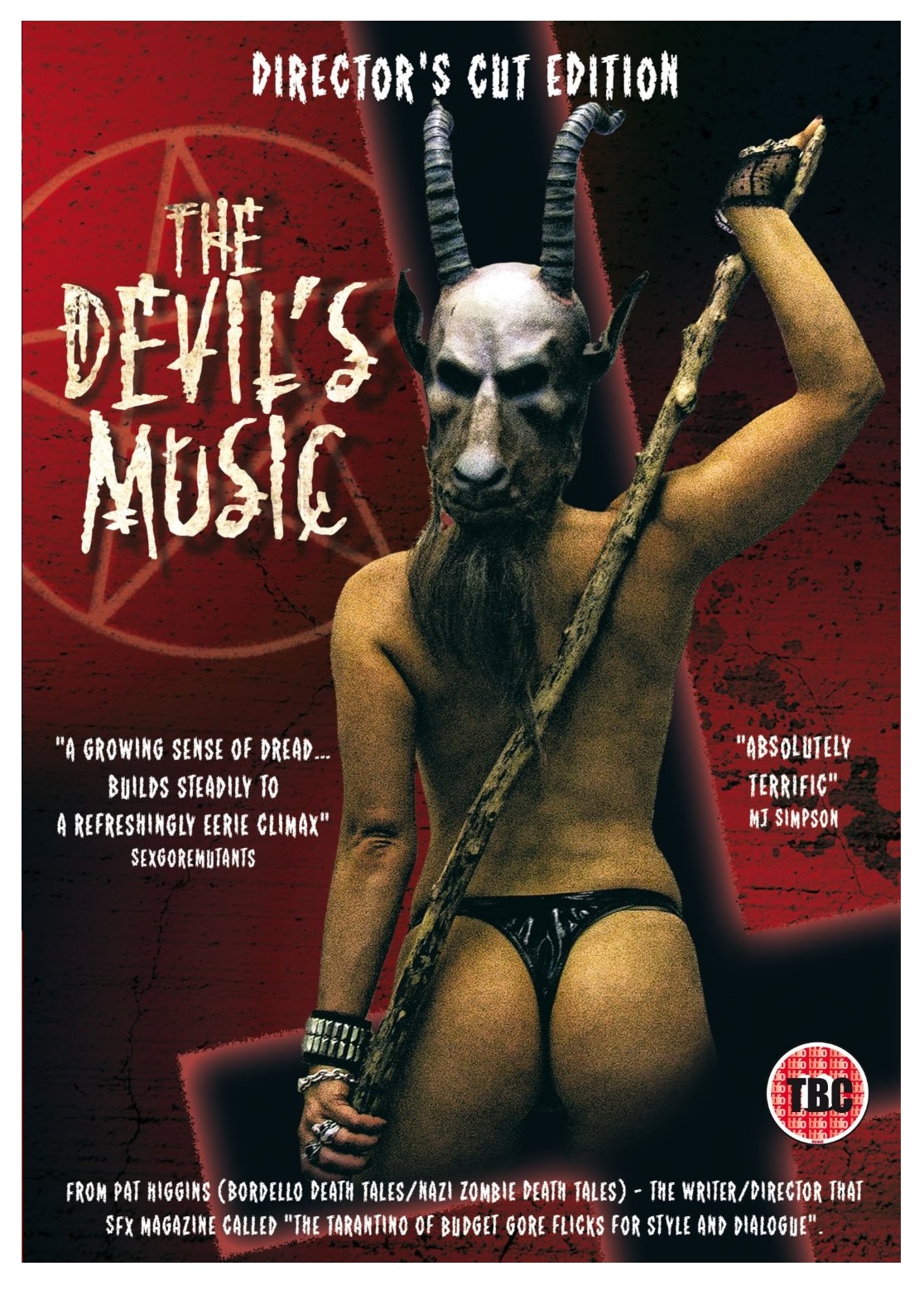 Worth Noting: THE DEVIL’S MUSIC!

Filmed as a documentary, director/writer Pat Higgins paints a highly detailed and fundamentally sound little mock-doc about a punk rock goddess, an obsessed fan, and an all too altruistic pop star who collide and make sparks that rain down like blood in THE DEVIL’S MUSIC. Higgins is patient with the info, making each reveal add a piece to a complex puzzle filled with pieces of super-stardom and rabid fandom. Though it was released way back in 2008, a new extended director’s cut just landed and it’s definitely worth checking out if you like your scares in the mock-doc or more accurately, shock-doc format.

Check out my full review of the film here and you can find it on Amazon here!