Why is LIFE AFTER BETH #26? Well, because it is one of the few zom-com’s out there that worked, mainly because of the talented cast. Seeing all of these big fantastic character actors in a horror film is a rare treat and while the story has a ton of holes, there’s a whole lot of fun to be had with this tale of an obsessed teen (Dane DeHaan, who is stellar here) and his dead girlfriend (the equally awesome Aubrey Plaza) who just won’t seem to go away. Much like HEATHERS, this one has a lot to say about young love and death. 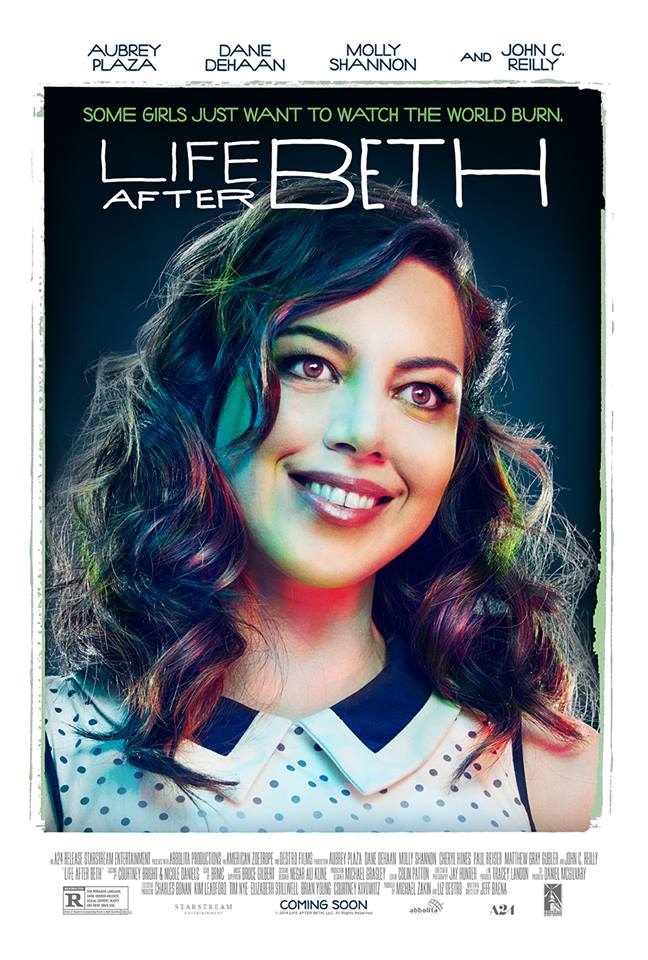 Available On Demand from A24 Films soon to be released on DVD/BluRay!

Unfortunately, I know from experience that the number one thing people feel after someone close to them dies is regret. There’s always that nagging feeling that something was left unsaid or something should have been given more attention. You never know when the last moment you spend with a person will be, so you’re bound to take it for granted until you can’t have any more moments with that person. Under all of the zombie makeup and comical situations, that’s the serious and universal theme that hides beneath the surface of LIFE AFTER BETH, the first time directing effort from I HEART HUCKABEES writer Jeff Baena. 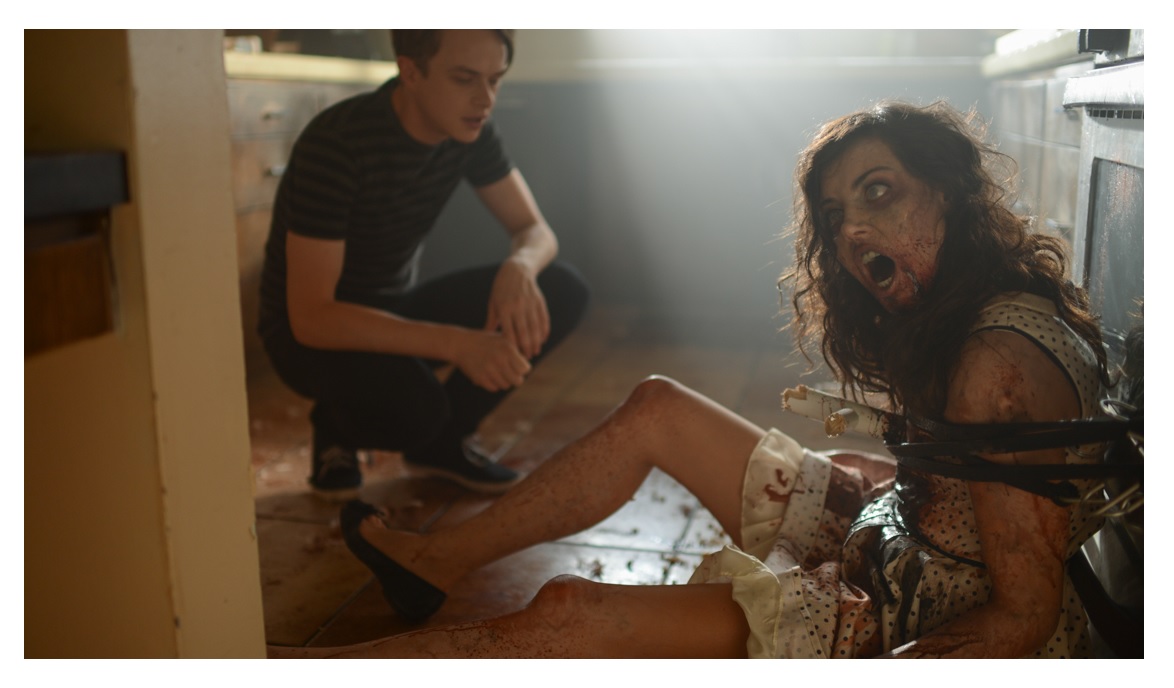 Because this film deals with some uncomfortable themes about death, I think there’s going to be a lot of people who don’t like this film. That said, if you have a ghoulish sense of humor and an appreciation for the cathartic act of letting go of a loved one, I think LIFE AFTER BETH has the makings of a true cult classic. Yes, at face value this can be seen as a rather goofy film about a boy who refuses to let his girlfriend (who he was already having difficulty with) die and then has to deal with the reality that she has come back as a zombie. But because of the comedic acting talents of all involved paired with the serious way the entire cast takes the material despite the crazy situations around it, LIFE AFTER BETH feels much more resonant that it should be.

Dane DeHaan, who has had some pretty big roles of late from CHRONICLE to AMAZING SPIDER-MAN 2 to A PLACE BEYOND THE PINES, shows much more here in this movie that I gave him credit for. For the most part, DeHaan’s Zach is the Winona Ryder character in both HEATHERS and, especially, BEETLEJUICE who mopes around in mourning of his girlfriend Beth’s (played by Aubrey Plaza) death, which occurs in the opening moments of the film. Dehaan plays the straight man here, mourning cartoonishly at the loss, but also exemplifying the melodramatic goth vibe often seen in teens (though both DeHaan and Plaza clearly look older than teenagers in this film). DeHaan sits silently during the family meal (with his family made up of Paul Reiser, Cheryl Hines, and his overly macho brother played by Matthew Gray Gubler) and leafs through his all-black wardrobe for the right black shirt to wear. Towards the beginning of the film, I was especially impressed with the scenes DeHaan shares with John C. Reilly, who plays Beth’s dad. After losing Beth, Zach instantly starts forming a bond with Beth’s dad which develops into bordering on stalking. DeHaan does this straight-faced and serious, never really overplaying the situation for comedic effect and hitting every note right along the way. This is a range I’d never seen in the actor before and it impressed me. 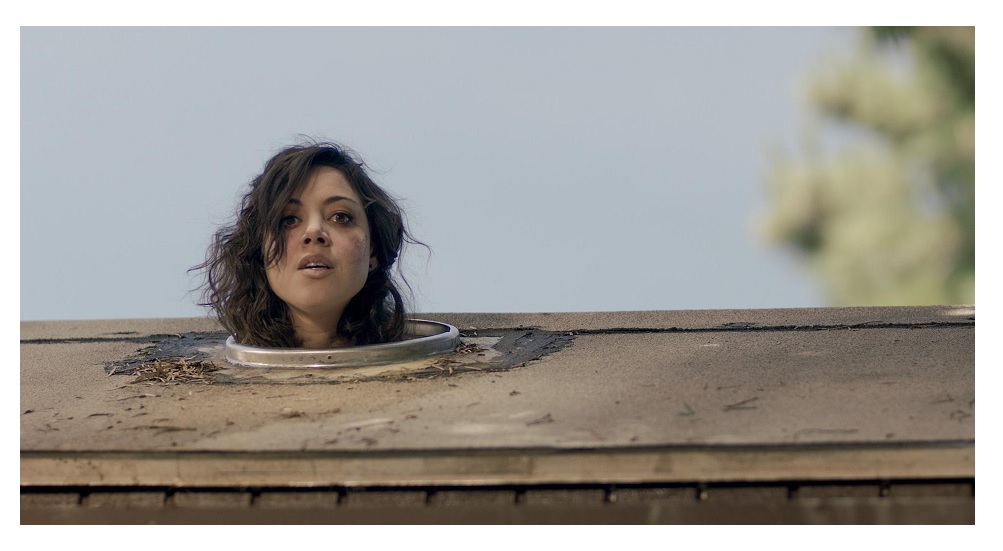 Plaza is equally good here as the resurrected Beth. When she does return to life, she’s not the Romero-style zombie. In fact, despite some minor memory loss (like that she wanted to break up with Zach right before she died) it’s hard determining if she’s alive or dead, so everyone is less freaked out and more relieved when she mysteriously shows up on her doorstep. Plaza obviously had fun in this film as she basically devolves into a monosyllabic “Hulk Smash!” state as the film goes on, only calmed by smooth jazz and sex with Zach. Much of the comedy in the latter half of this film is seeing Beth’s transformation unfold and having her normal girlfriend gripes like “You never took me flamenco dancing” devolve into caveman-esque screams of “FLAMINGO!”

Despite all of the serious themes of grief and loss, there’s a lot to laugh at here. There’s quite a bit of gore at play here, while still refraining from overuse. And while the scares are at a minimum, the emotional core of the film is going to hit a lot of people just right. Reminiscent of the Billy Connolly zom com FIDO from a few years back which dealt with some of the same themes in a funny way, LIFE AFTER BETH retains its dark tone, casting very human reactions to death against the ridiculous concept of the dead rising from their graves and not remembering that they died and attempting to assume their previous lives. It doesn’t hurt that some of the funniest people on the planet are saying all of these lines and reacting to these situations. Yes, there are some inconsistencies involving “the rules” of how the dead are getting up and walking around with embalming and burying corpses they way they are today, none of that is really taken into consideration here, but this film is not really about those kind of details. It’s about seeing a loved one just one more time and being able to say what you needed to say, all set with a darkly comedic tone. Seeing CURB YOUR ENTHUSIASM’s Cheryl Hines and MAD ABOUT YOU’s Paul Riser react to zombies is priceless, as is seeing Jerry Marshall come back as a complaining zombie grandpa. With solid comedic performances, a consistently pitch black comedic tone, and a story that never makes fun of the genre, but has funny people react to it instead, LIFE AFTER BETH is a comedic horror film that will make you laugh while bringing up themes about loss that horror films rarely touch upon. 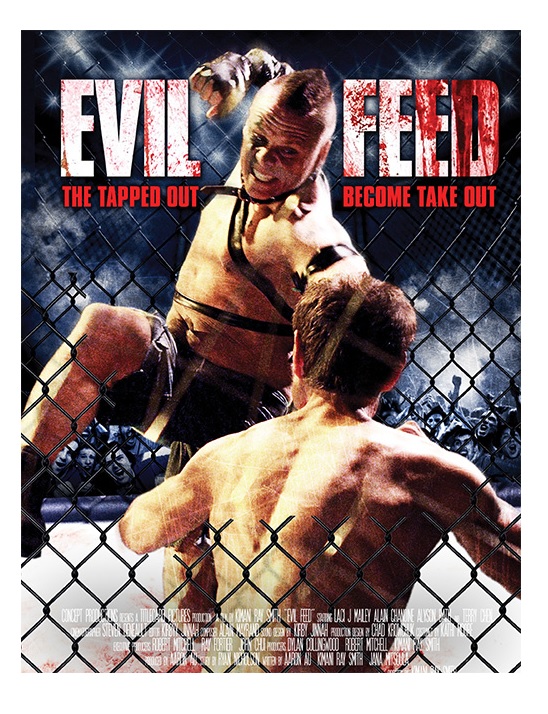 While this is a problematic film, I found it to be super fun in terms of big, bold ideas and ballsy action. EVIL FEED tells the story of a secret club which serves a particular brand of pig…long pig aka human meat! And in order to get the best meats, they lure people to do battle in an ultimate fighting gladiatorial match. Plus it has a hot chick who bathes nude in blood, which is always awesome. Big, loud, and fun; that’s what EVIL FEED is and it’s worth checking out if you’re in for that type of horror.

Check out my full review of the film here and you can check it out on on Amazon here!