Why is RIGOR MORTIS #29? Well, this film highlighted a monster that I admittedly have a sweet spot for; hopping vampires. That’s the most important thing. It’s also a visual smorgasbord as far as mixing computer effects, stylized filmmaking, and practical effects. The movie plays like a bizarre mix between FRIGHT NIGHT and THE MATRIX and if that sounds awesome to you, you’re right, it sort of is. While there are plenty of plot holes, this one gets on the list due to the rollercoaster effect I felt while watching it and long after.

You can check out RIGOR MORTIS on Amazon here and on Netflix here. Below is my review of RIGOR MORTIS from July!! 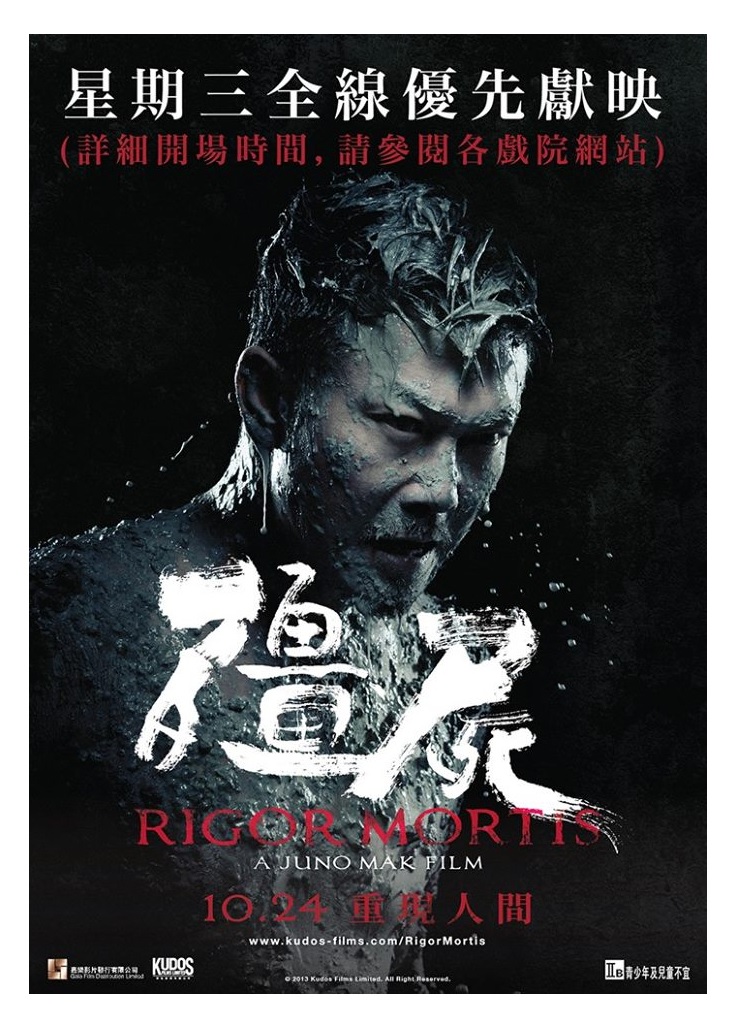 With the inundation of vampire and zombie films that all of us have grown weary of, I long for an undead film that is different from a tired Bram Stoker rewrite, a trendy teen comedy, or a pairing of zombies with some other obscure group. Close to twenty-five years ago, I was lucky enough to happen across a copy of MR. VAMPIRE, a chop-socky masterpiece that not only had amazing kung fu, but incorporated horrific Hong Kong legends, the rituals to raise the dead, and the horrors these spells are capable of inflicting. In MR. VAMPIRE, a complex tale is told involving ghosts, vampires, undead, and diabolical humans. Almost thirty years after MR. VAMPIRE was first released, Juno Mak brings the classic hopping vampire and all of the mysticism that made MR. VAMPIRE so fun all those years ago back for RIGOR MORTIS, a new take on ancient Hong Kong lore that plays like the perfect mix of old and new, pulling from a variety of genres to dazzle the eyes and ears and shoot a full body shiver straight down one’s spine. 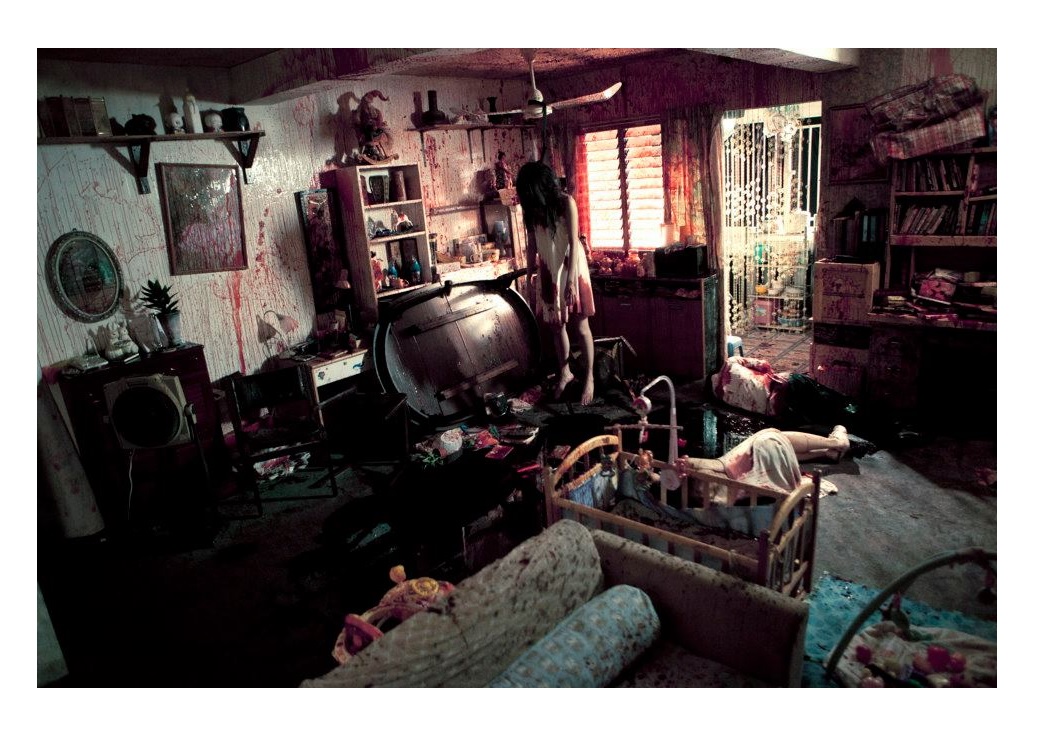 Fuck the vampires that knock on your door, asking to come in and then getting all romantical. Hopping vampires don’t sparkle, they terrify. More undead zombie than actual vamp, the origins of these creatures of the night lie in mythology and mysticism. But while most vamps want to tap an artery, this one is liable to kung fu your ass in two and drink from the ensuing spatter. For ages, I’ve waited for someone to come along and shed some light on this classic version of vampires and with most recent vampire flicks (I’m looking at you DARIO ARGENTO’S DRACULA, TWILIGHT, and VAMPIRE ACADEMY) that have failed to have anything resembling teeth, RIGOR MORTIS offers up a specific species of undead that is uncommon and refreshing, baring enough resemblance to the vampires we know, giving them a much needed goose.

Like MR. VAMPIRE, the story of RIGOR MORTIS is rather complex. A washed up actor moves into an apartment complex with the intention to kill himself, but instead finds that this building is teeming with dormant and not so dormant spirits, two of which are just itching to possess anyone with a hint of blackness inside of them. These two souls are the restless spirits of twins who used to live in the building and died violently. 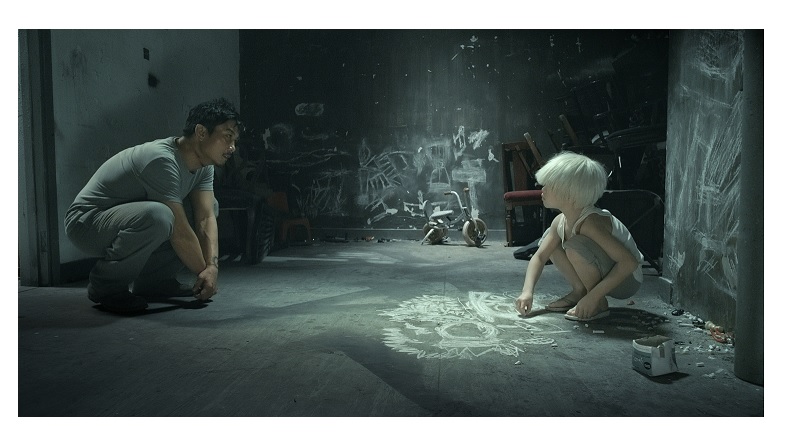 But that’s not all of the story. On different floors of the building live a pair of exorcist/vampire hunters who are on the outs and have hung up their stakes and totems in retirement. When the mystic stuff starts to splatter across the floor and all over the walls, they are called out of retirement to help cleanse the building of evil spirits. But that’s still not all, as on another floor, an elderly man takes a tumble down the stairs, and not wanting to let go of her husband, the elderly woman chooses to use an age-old ritual to bring him back to life and unknowingly creates a hopping vampire in the process. The real problems begin when all of these forces clang together violently in the third act—and this clang is almost deafening.<br.
Visually, RIGOR MORTIS is a feast and a half--everything from ultra-slo mo shots of the twin ghosts bouncing up and down the hallways to the ever-changing claustrophobic interiors which turn from water to mud to fire, depending on what spells are being cast. There are parts of this film that were reminiscent of THE MATRIX, and while some may criticize that these lifts are too on the nose, I found it to be refreshing to be experiencing a film which may be on par for horror to THE MATRIX for sci fi in terms of visual delights. 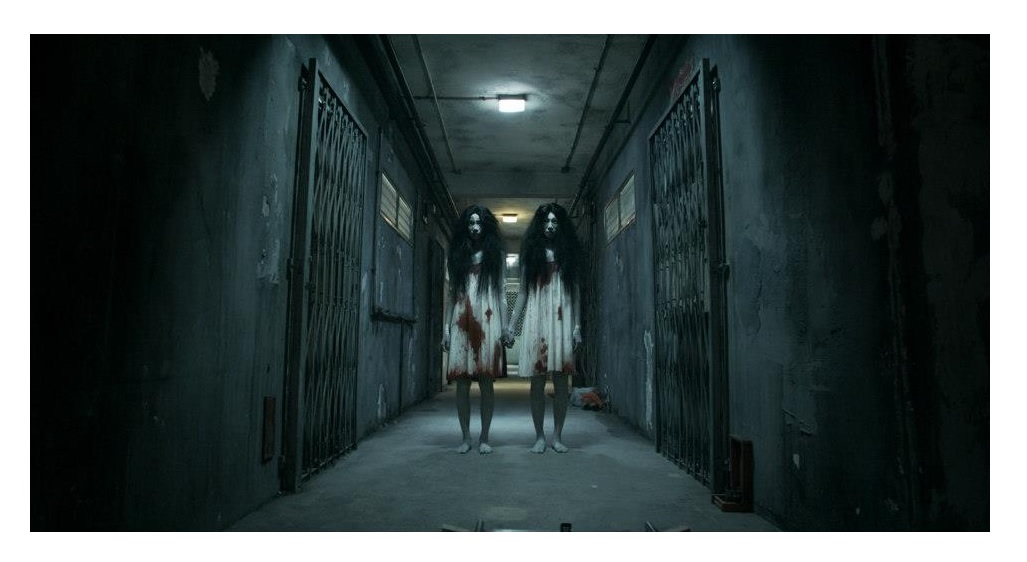 This is a scary-ass film as well. There are some scenes, especially the ones involving the twins, which again are reminiscent of THE SHINING meets THE GRUDGE, but altogether original in their presentation nevertheless. Director Juno Mak puts together some utterly terrifying sequences that caused goose bumps in ways few films have been able to for me. Sure, it’s tapping into some primal fears as the twin ghosts move in a skittering, rat-like manner while the long shots of the imposing vampire hovering across the corridors dragging his feet behind him push different fear reflexes, as Mak isn’t all for flash all of the time and is able to set up a tense scene masterfully as well.

The fact that some of the elder actors in this film were also actors in MR. VAMPIRE makes RIGOR MORTIS a must see for fans of the hopping vamp subgenre. While there are all sorts of lifts from other fear and action films, RIGOR MORTIS does so and incorporates it all brilliantly. The film also serves as a wonderful gateway into a whole world of horror that is probably unfamiliar to most, but will most likely be a welcome change to vamps in this worn out age of the hoodie-wearing navel-gazing variety we’ve all become bored with. Mak is fantastic, as are all of the cast, and successful at bringing a different type of horror film to light. Full of acrobatic and absorbing sequences of horrific elements, I hope RIGOR MORTIS is a new trend in horror that plumbs the less-charted corners from the past and gives them a shiny new coat of visual dexterity and power. RIGOR MORTIS hits you like a whirlwind with horror from baser levels of darkness in ways that feel fresh, yet all together terrifying. 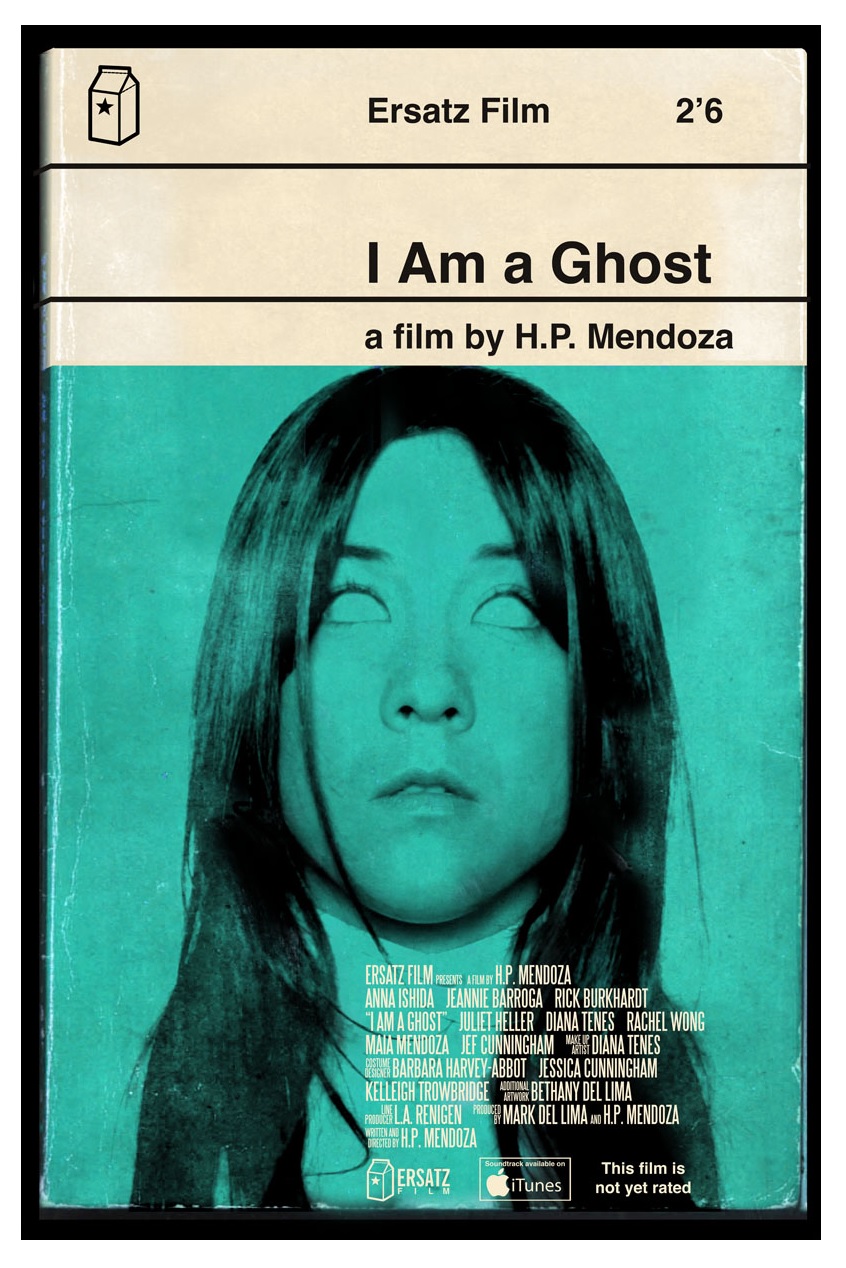 Worth Noting: I AM A GHOST!

Filled with atmosphere and a palpable vibe of altogether ookiness, I AM A GHOST is unlike any other ghost story you’ve likely have ever encountered. With a bizarre narrative, effective but subtle effects, and an ending that got me up out of my chair and screaming, this is one ghost story worth telling and telling others about.