Bradley Cooper's gotta decide whether or not to pull the trigger in this trailer for AMERICAN SNIPER! 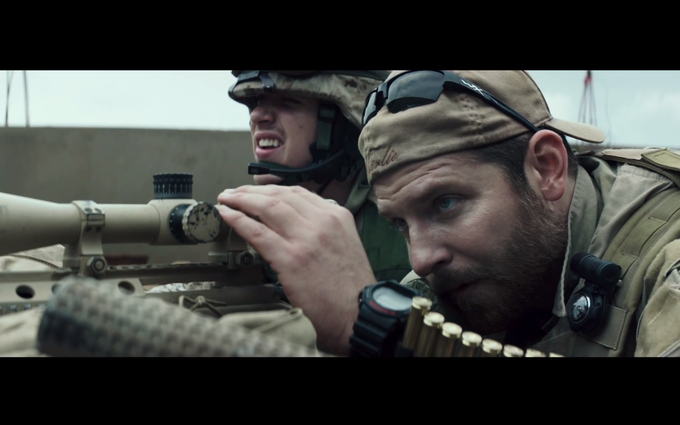 Clint Eastwood's film about "the most lethal sniper in U.S. history," Chris Kyle, has got one crackerjack of a trailer. Seriously, opening the ad campaign by highlighting this scene is a really slick move. I was entranced right away by the tension of the scenario, and the editing ramps things up nicely.

I don't remember the last time I was held in genuine suspense by an Eastwood film. TRUE CRIME maybe? But this one actually seems like it has a pulse in a way I didn't think the 84-year-old director could still achieve. Even if THE HURT LOCKER already covered some of this ground, it seems like Eastwood and Cooper have made it worth it to reenter the shoes of a sniper and his spotter.

I'm usually not on the conservative side of foreign policy debates, but I know I wasn't the only one going "TAKE THE SHOT!" towards the end of that trailer.

AMERICAN SNIPER may or may not pull the trigger on December 25th.