Why is STALLED #30? Because it does something fun and new with the zombie genre, that’s why. Setting the whole thing inside a small place is one thing. Setting the film inside a commode is a whole new level of fun. And I don’t forget the impromptu dance scene! STALLED feels like a great film to watch with SHAUN OF THE DEAD and for that, it deserves to be on the countdown. You can check out STALLED on Amazon here. Here’s my review of STALLED from back in December!! 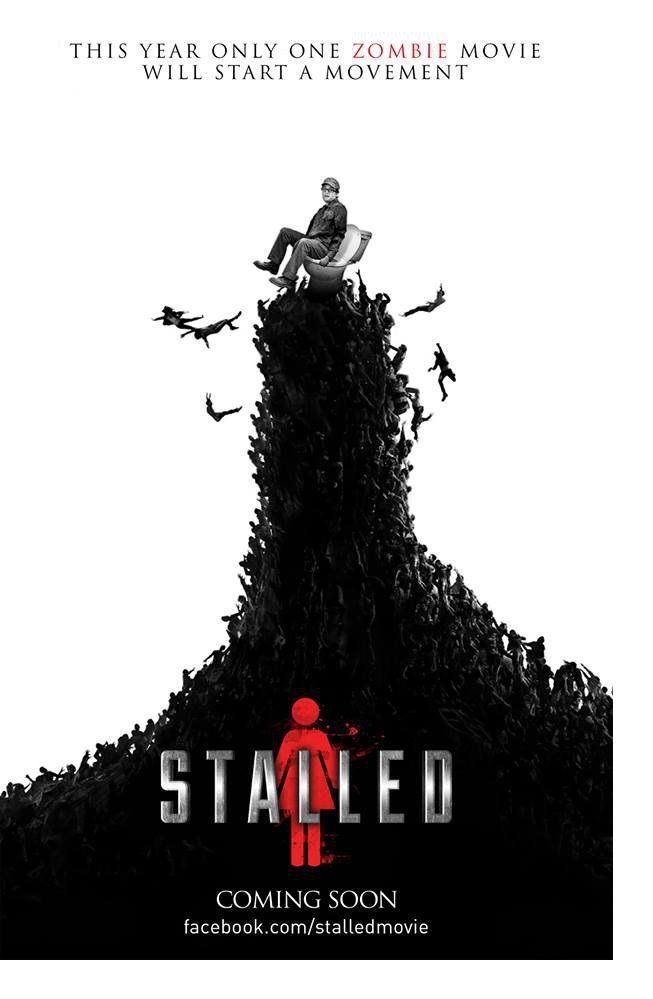 Because of the inundation of zombie films, it’s tough for a film about the living dead to get ahead of the herd. In order to do so the film either has to have a super star in the cast or come at the subgenre from an angle that hasn’t been tried before. Now, the zom-com has been tried before, but very few of these films are as successful at being entertaining as STALLED is. 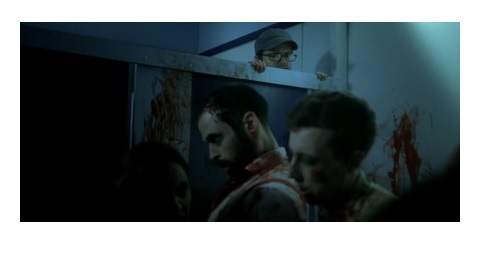 For the most part, STALLED is a one man show as a night janitor is trapped in a ladies bathroom stall during the zombie apocalypse on Christmas Eve. That one man is writer Dan Palmer, who does a great job of doing all of he heavy acting lifting here as the timid and nebbish janitor who thinks quick on his feet and may have a bit of a selfish streak to him, but those are attributes that do well during a zombie apocalypse.

Played for laughs, the film doesn’t shy away from the gore. Heads are crushed in toilet bowls, brain matter splats onto the camera lens, hammers are embedded into foreheads, and fingers are lopped off by the handful. If you’re looking for a horror/comedy tone to compare it to, I’d liken STALLED to DEAD ALIVE, as the zombies are played for laughs despite the dark and dangerous circumstances the janitor has found himself in.

Filled with some solid humor, such as a sequence where the janitor trips on acid in the stall and dreams he and the zombies have a Michael Jackson style dance routine which begins with the janitor crowd surfing across the zombie horde to the tune of techno music, STALLED almost plays out as a “What if Charlie Chaplin was stuck in the zombie apocalypse?” scenario as the film plays as a series of funny bits laced together loosely, increasing in dire circumstances and power of the laugh as the film goes on. There are some genius bits of silent cinema at play here as the facial expressions and wacky Rube Goldbergian scenarios play out with the zombies falling victim most of the time.

Not all horror has to be super serious and dire. Sometimes it’s best to laugh in the worst scenarios and that’s exactly what STALLED does. STALLED takes a simple scenario and runs full blast with it. Honestly, there are probably only fifteen people in this film and most of them shuffle around as mindless zombies. Palmer as the janitor plays a version of the classic underdog who one can’t help but root for despite one bonehead decision after another. There’s a lot to love about STALLED; a quality indication that you don’t have to go big to get big laughs and make a good zombie movie. 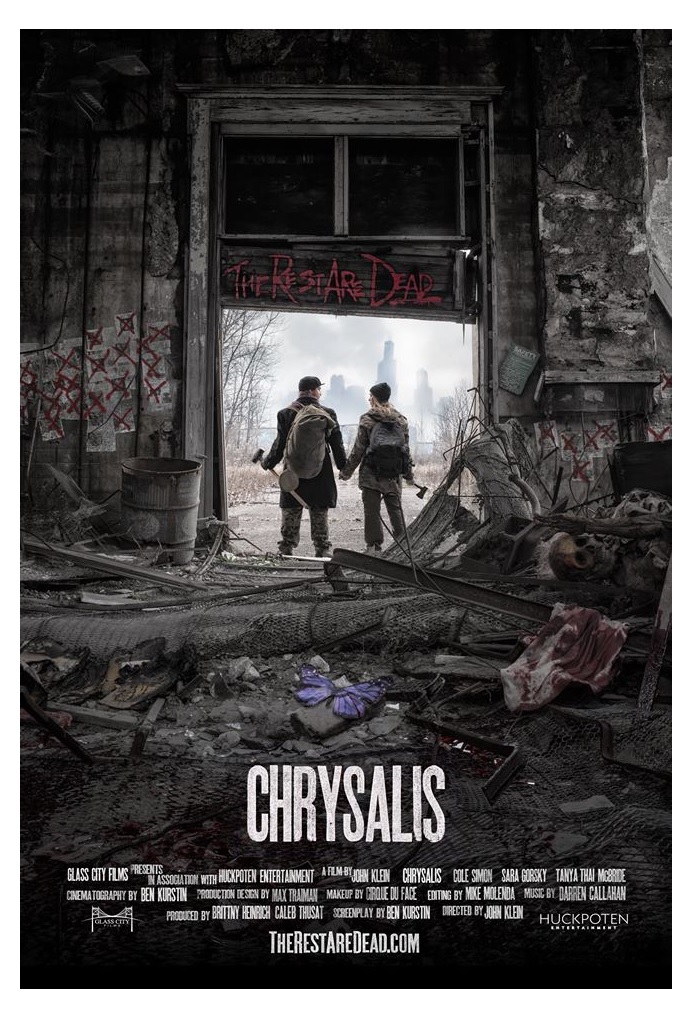 CHRYSALIS is not your typical zombie film either, which is probably why I paired it with STALLED in the countdown. While the mood is much direr, it still takes the zombie tale to new places in terms of the emotional toll this film takes on the two main characters. The film is low budget, but definitely makes the most of what money it did have and the acting definitely ratchets it all up a notch.


The Countdown so far!
#31: DISCOPATHE (worth noting: STAGE FRIGHT)!