Ahoy, squirts! Quint here. Earlier today we saw phone pics of the nifty new Batmobile. I'm surprised it has taken this long to get out, frankly, but I guess they're using it on the streets now, so they were prepared for the leaks. We saw Chris Nolan's team do this on the Dark Knight films. They knew the second they left the safety of the studio their props and actors would be all over the net, so they had official pictures ready to go. 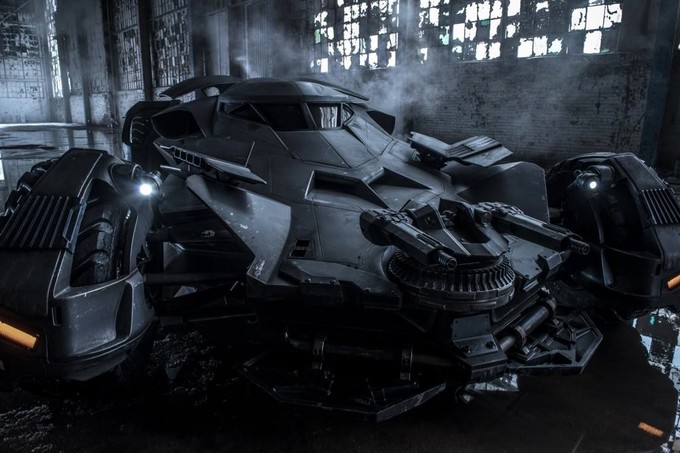 I've seen some on Twitter complain about the guns on the hood and while I get where they're coming from, every single movie Batman (save the '66 film, unless my memory is betraying me) has had some kind of guns on his ride, whether it's the Batpod cannons or the machine guns on the Keaton Batwing. So, I'm not all up in arms about that. The photo definitely shows the goal is to be closer to the Nolan Batman, for sure. Like every other early reveal on a project like that I'll wait to pass final judgment until I can see the thing in action. I thought the tumbler looked like shit until I saw how they used it in the movie.

So, there you have it. Thoughts?