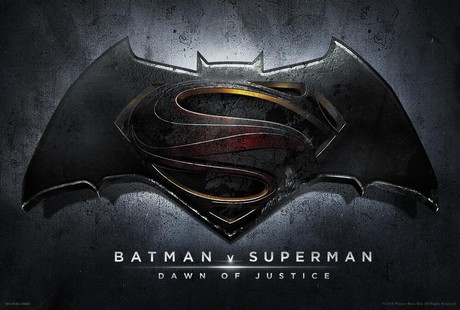 Via amacro13 on Instagram, BatmanNews, and AICN reader Matt comes our fullest/most detailed look to date at the Batmobile which’ll feature in 2016’s BATMAN v SUPERMAN: DAWN OF JUSTICE.

My older son played with a series of Mech(ish) toys in the late 90s - which featured a car component this design very much reminds me of.   I can’t recall the name of the exact line at the moment, but if I find it, I’ll post a picture comparison.

As for the Batmobile itself?  I imagine this’ll divide fans, much like Nolan’s Tumbler did.  Personally, I don’t mind this new ride - there’s a ‘homegrown-but-militarized,’  steroidal dune buggy/goin’ muddin’ vibe to it which I think could work well for the Bruce Wayne/Batman character.

What do you think? 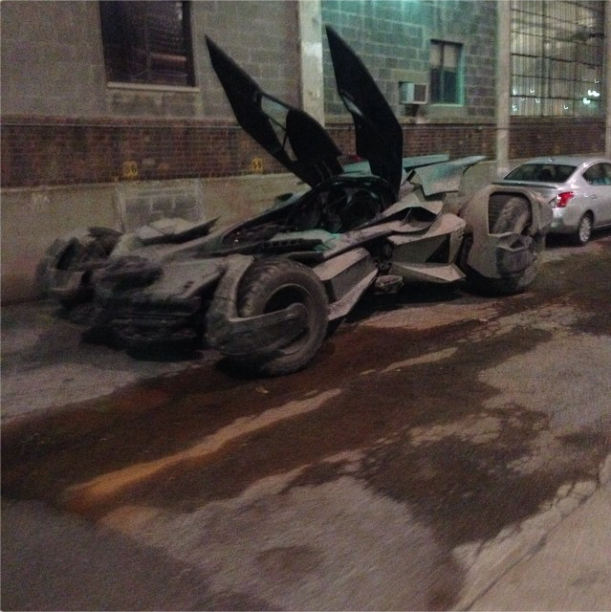 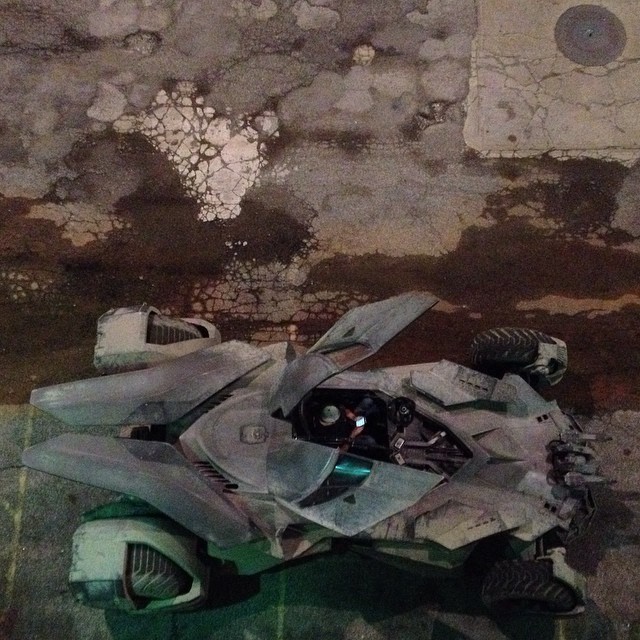 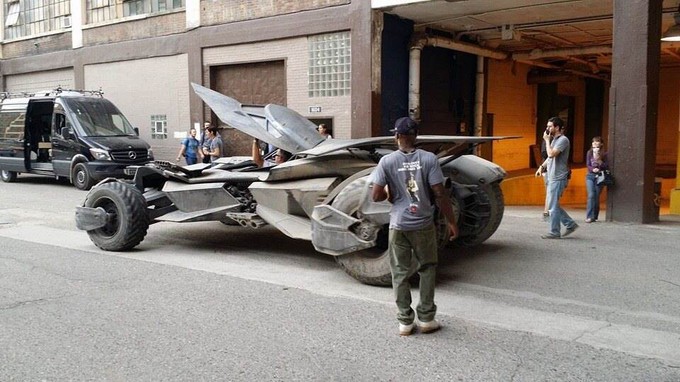 Click the links above to find a few additional images.