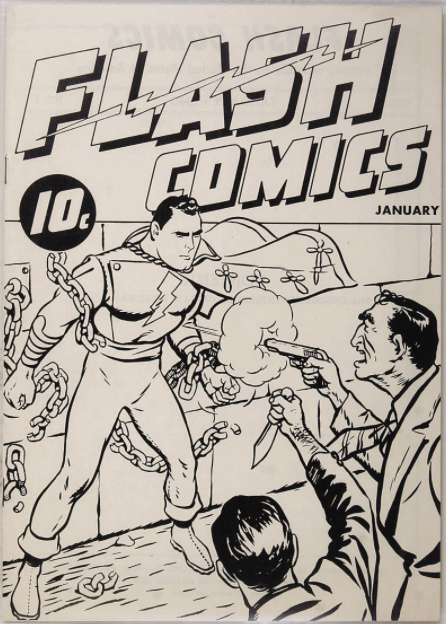 Hey folks, Harry here...   I don't mind saying I'm terrified of SHAZAM.   Don't get me wrong, I love The Scorpion King being cast as BLACK ADAM, but it's just a general feeling of dread.   When the "No Joke" rumors went out across the internet last week... the notion that Warner's suits were immune to nitrous oxide...  and want a no nonsense tone to their Comic Book movies... that was like the final ringing of the bell.   SHAZAM is just plain fucked.   Combine that rumor with Geoff Johns' New 52 clusterfuck with SHAZAM...  I just knew... My beloved creation of the great CC BECK was going to be Velveeta instead of the Big Red Cheese that I wanted.  However, Entertainment Weekly talked to Toby Emmerich about the project and I'm just a tad relaxed now.

Here's what Toby Emmerich said to EW: "“will have a sense of fun and a sense of humor. But the stakes have to be real.” He also said, “It’s a DC comic, but it’s not a Justice League character, and it’s not a Marvel comic. The tone and the feeling of the movie will be different from the other range of comic book movies.”

Personally - I still have trouble thinking of Captain Marvel as a DC character.   I know for basically my entire life time he and the other CC Beck creations were all owned by DC...  But I grew up reading the Fawcett Comics and at the same time - I was exposed to the great old Serial version THE ADVENTURES OF CAPTAIN MARVEL, which was one of the very best Comic Book serials ever created!  However, it was the wrong tone.

For me, Captain Marvel is a child's dream of what being a superhero would be.   Corny crisp delicious dialogue and a general SWEETNESS.   For SHAZAM to be great - it really has to be a completely different film "from the other range of comic book movies."  There has to be whimsy and visual outrageousness.   I know that BLACK ADAM is a part of the story... but I hope that he's involved due to Sivana's power mad schemes... or Mr. Mind's.   Personally, I'd prefer Mr. Mind.  Cuz, if Mr. Mind were to steal Black Adam's powers...  there could be hilarious visuals that we'd never forget.

SHAZAM should not be set in our real world, but a magical side-universe all its own.   Before Fawcett Comics was caught in legal hell with DC comics - The Captain Marvel Empire was out selling SUPERMAN and every other comic in the era.   The dream of speaking a magic word and becoming a hero that could tackle everything from the absurdest imaginings that Beck and others could draw... but the AXIS powers - but even then, it would be absurdist in tone.

Now - I know, I've got a very different experience with Captain Marvel, simply because I don't call him SHAZAM, but that's because the wizard was named Shazam, Not Captain Marvel...  and I grew up with a group of comic geeks that were always pissed that National Publications won the suit and forced FAWCETT Comics to cease telling stories, because... well, they all considered it legal bullshit.  AND I get that - they were huge fans of Capatin Marvel, Mary Marvel, Captain Marvel Jr. and The Marvel Family.

But with New Line sheparding the SHAZAM movie... perhaps we have a chance to really restore Captain Marvel.  Making SHAZAM a bit silly is actually a requirement for it to be cool.   But it has to have a surreal tone to it.

In fact, it is so particular that I can't help but be terrified of Hollywood making the film.  But if we get to the Rock of Eternity...  if we get the 7 Deadly Sins...   or... dare I speak the words...   Tawky Tawny... please give us Tawky Tawny!  But keep him Anthropormorphized and in a clashy plaid suit!

The reality is - SHAZAM could be the most fun we've ever had at a Comic Book movie, but only if perfect.  It's weirder and more fun than anything we've yet seen - and if they embrace the silly, impractical WOW of it all, this is a movie that could touch the kid in all of us.  Even if you are unaware yours is still alive.

The only cross-over film with the DC Universe characters that I'd want to see The Big Red Cheese to appear in would be a feature adaptation of KINGDOM COME, but since we're probably 20 years from that miracle ever coming to be... I just hope that everyone making SHAZAM! is making the film from a childlike gaze of wonder and hilarity.  Thrilling, not gritty.   What do you folks think? 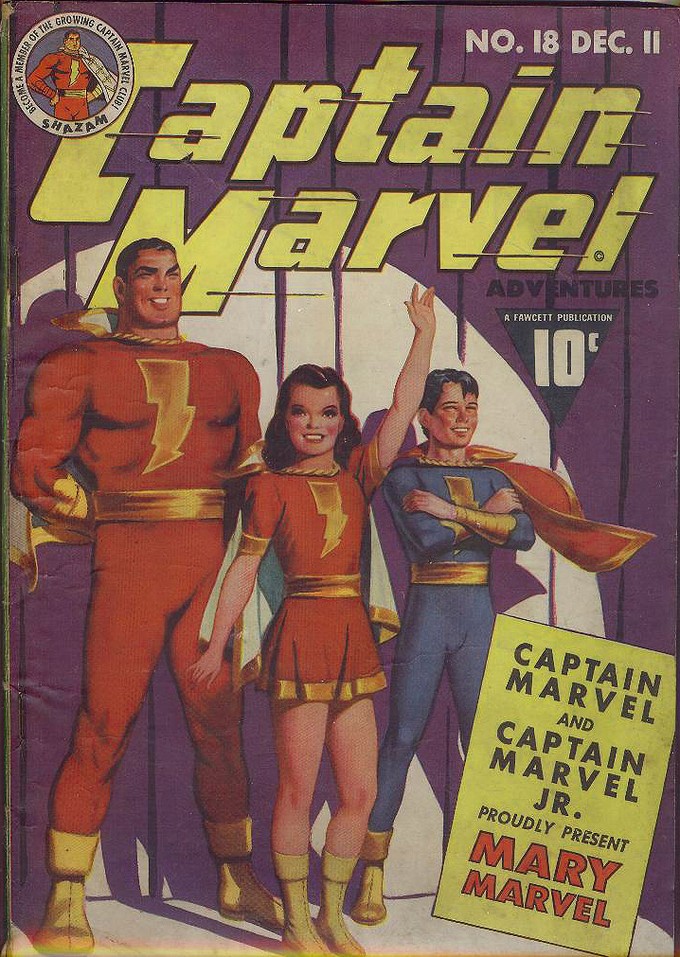 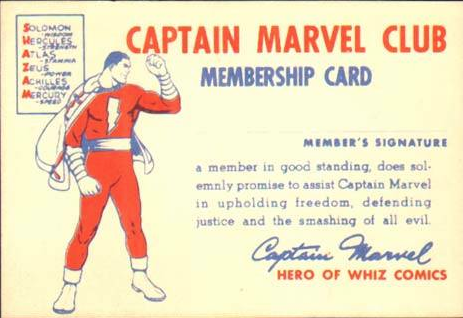