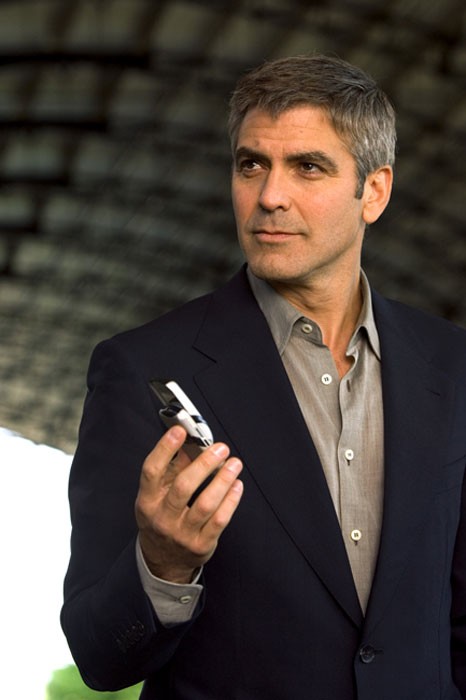 Just this week, we were reminded of two crucial, highly relevent aspects of modern society. 1. That the privacy of the contents of our cell phones is…dubious at best. 2. That celebrities are elevated (and simulatneously trivialized) to such an extent in this country that violations on their rights/privacy are looked at as an unavoidable occupational hazard.

George Clooney, a famed victim of the latter, is taking on the former as his next writing/directing/starring project. Clooney will be adapting HACK ATTACK, Guardian reporter Nick Davies' investigation into Rupert Murdoch's News of the World and the allegations that they were accumulating info by hacking into the cell phones of celebs and civilians alike. Presumably, Clooney will be playing Davies himself, as well as directing the film and co-writing/co-producing with his longtime partner Grant Heslov ("I've got my hand up her skirt and I'm…").

Clooney makes his liberal stance very clear in his directing projects, from the anti-McCarthyism in GOOD NIGHT AND GOOD LUCK to the political backstabbery of THE IDES OF MARCH, and this seems like a great, topical use of his talents and attention. The subject of privacy is a fluid one at this point in American history, and it seems that the rules and restrictions can't keep up with those set on breaking them, so conversation on these ideas is becoming more and more of a necessity. Clooney's one of those people who knows he has eyes on him, and tries to use his position to do whatever good he can (Smug Clouds notwithstanding); this seems like something he can shed light on while providing a damned entertaining flick at the same time.

Many people found his MONUMENTS MEN to be something of a slow-burning chore, but I thought it had a laid-back, star-powered charm that kept it from sinking into lethargic territory. This is more sexy, contemporary stuff, and I'm fairly sure he can make this journalism flick both entertaining and provocative.

Expect a star-studded cast for this one. But I'm thinking Murdoch's going to be an offscreen character.

Or Clooney could blow us all away and cast Fred Armisen.