Will there be a change of roster in Avengers: Age of Ultron and if so, who's gonna be on it?

Ahoy, squirts! Quint here. I know a little more about Avengers: Age of Ultron than I want to and even though it is from only one source it seems to be shaking out with every piece we see from the movie. I'd heard about the Hulkbuster armor (and why it has to be used) very early into production, for instance.

Because of the single source nature of the info I do have I havn't been throwing it on the site declaring SCOOP!, but I feel like I can comment on this latest rumor from Badass Digest's Devin Faraci with at least a tiny bit of knowledge. Some potential spoilers to follow, so prepare your butts.

Devin's story is a bit murky and indecisive (“they will, maybe they have, or maybe they won't”) on the main question of the article, but he drops a lot of info that jibes with what I know throughout.

For instance, we will see a new formation of The Avengers in the movie. The roster will change and keep changing as these films continue, just as in the comics. That doesn't mean they're killing off Tony Stark or anything, it just means the actual line-up will change movie to movie. That's pretty much common sense for comic fans and anybody paying attention to the clues Marvel Studios have been dropping.

What isn't common knowledge is who will be in that new line up. We can assume Vision, Scarlet Witch and Quicksilver are in the mix, but is that it? Faraci's article is about Marvel being indecisive on whether or not Captain Marvel is going to be introduced in the movie and be made part of the team. 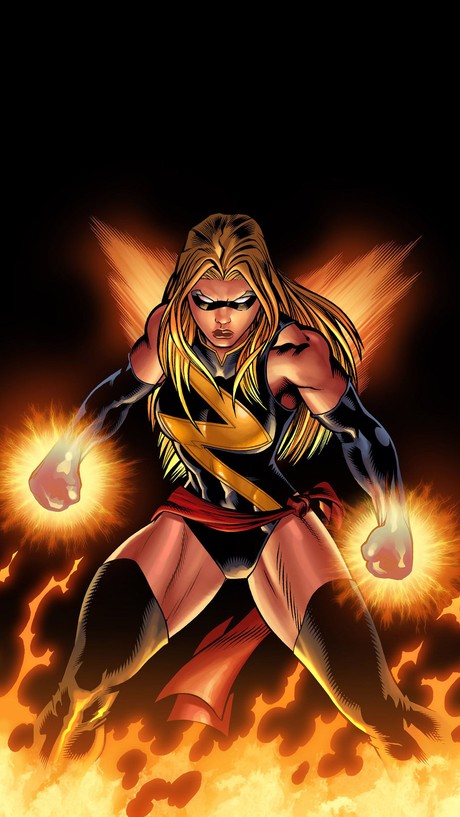 For what it's worth, my info has it that Carol Danvers is indeed introduced in Age of Ultron and she already has her powers... at least in the shooting script.

Badass' story is focused on whether or not Marvel is second guessing introducing Captain Marvel in this way or if they're going to cut her out and give Danvers her own stand alone movie.

I don't know for sure one way or the other, but from what I heard about Danvers' involvement in the story eliminating her from the movie might require a bit of reshooting.

Naturally, take every rumor with a considerable grain of salt, but that's today's Avengers update.