Lionsgate to bring us Arnold Schwarzenegger vs. zombies in MAGGIE come early 2015! 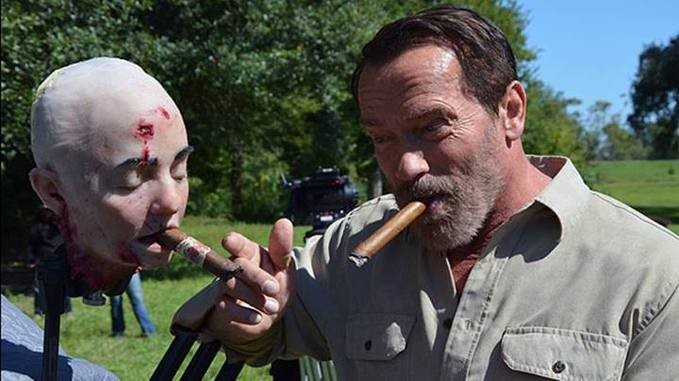 A little more than two weeks before it was expected to premiere at Toronto, and Arnold Schwarzenegger's zombie flick MAGGIE has been picked up by Lionsgate for a release early next year.

However, as part of their deal, MAGGIE will no longer be playing at TIFF, and its chances at playing any other festival (like, say, Fantastic Fest) ahead of its 2015 debut seems fairly unlikely.

This comes at a contrast to what Lionsgate did with YOU'RE NEXT, which they bought at Toronto and let play at FF (although reluctantly), before sitting on the film for two years, just long enough for the buzz to die down. If they are going to hold this enticing flick back from its previously-scheduled engagements, then at least they plan to get it in general theaters within the next 8-10 months.

I would've liked to have known if MAGGIE was any good or not, and I'm sure if it is, it would've helped to build up some festival buzz (particularly considering how Arnie's flick have performed at the B.O. as of late), but if we're going to be seeing Arnie vs. zombies in theaters nationwide courtesy of Lionsgate, it's hard to complain.

Expect MAGGIE in theaters and VOD sometime in the first half of 2015.