Hey folks, Harry here… This week’s releases ran a little light, as a few titles got pushed for release a week or so back! Still some great titles! As usual, the images and links take you to AMAZON, where you can learn more or purchase the item, which helps to keep this column coming! If you like the PICKS & PEEKS – then be sure to check out the app for Android and iOS devices! It gathers over 10 years of my column in a great searchable way. Now – here we go… 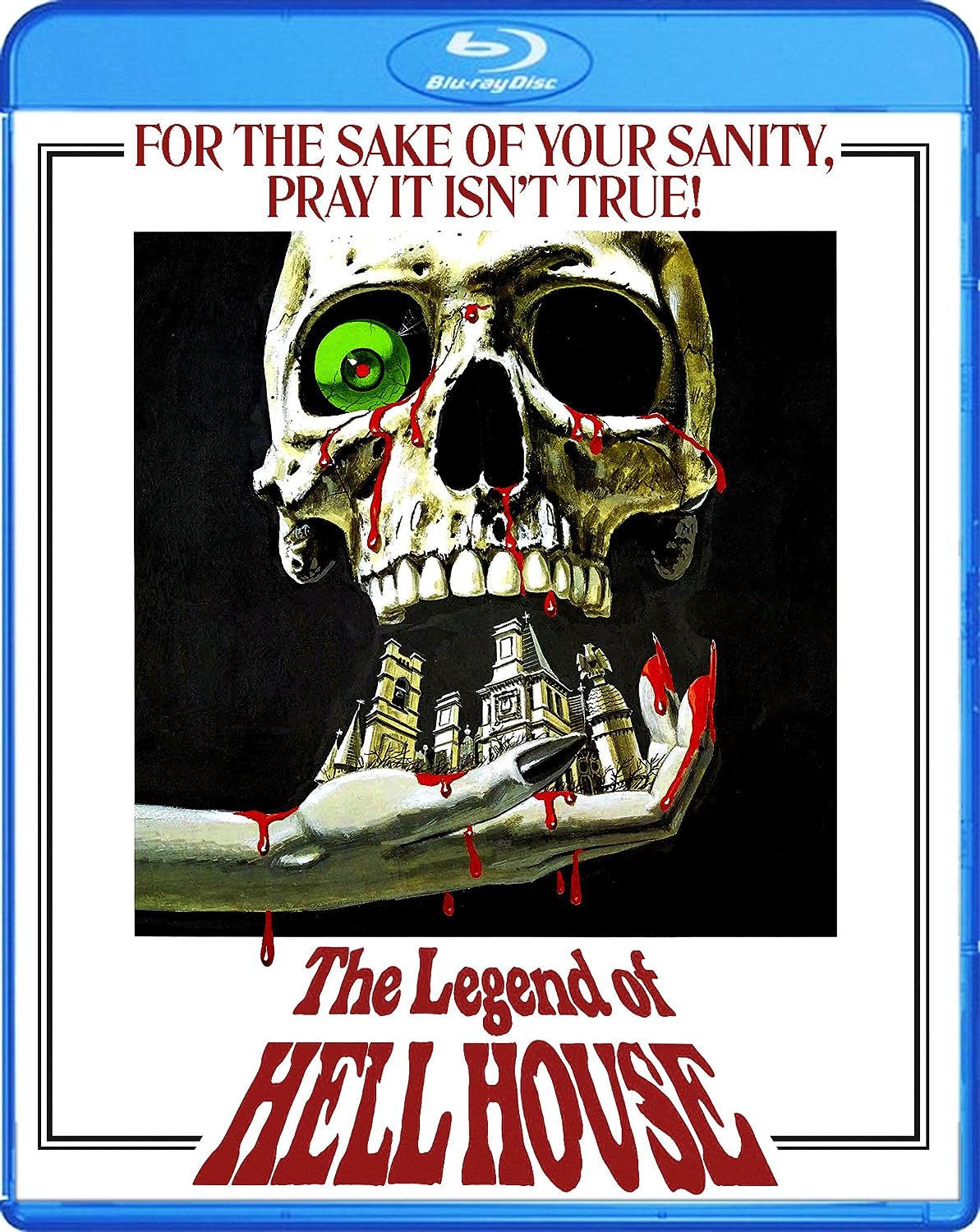 Father Geek loved this film the second it was released back in 1973 and purchased from the local TV station the entire Commercial Package on 16mm film – then he edited all those spots together… and he placed that on one of the Horror Movie Trailer reels that he made to play at get togethers… and Roddy McDowall screaming in front of the fireplace in that chair… ALWAYS FREAKS ME OUT! This is one of those horror films that I introduce to everyone that hasn’t seen it that tells me they love horror films. And it always impresses. Richard Matheson’s writing is perfect! John Hough’s direction is well informed by Robert Wise’s THE HAUNTING – and yet is it’s own film. There is a perverse quality to THE LEGEND OF HELL HOUSE… I love the cockiness of Clive Revill’s Dr. Barrett… and when the shit hits the fan, Gayle Hunnicutt is fantastic! I’ve always felt protective of Pamela Franklin’s Tanner – and Roddy McDowall’s Fischer is one of my favorite characters on film. I love the uptightness with which Roddy plays him. The house is creepy, but more than that… the stories about the house freak ya out! The Blu Ray is beautiful and has Extras!!! You get a feature commentary with Pamela Franklin, plus a 28+ minute interview with John Hough about his directing of the film! A great great great Horror film! A must for anyone that loves a great Haunted House movie! Feels like a Michael Crichton story… but it is pure Matheson! Nobody does it better! 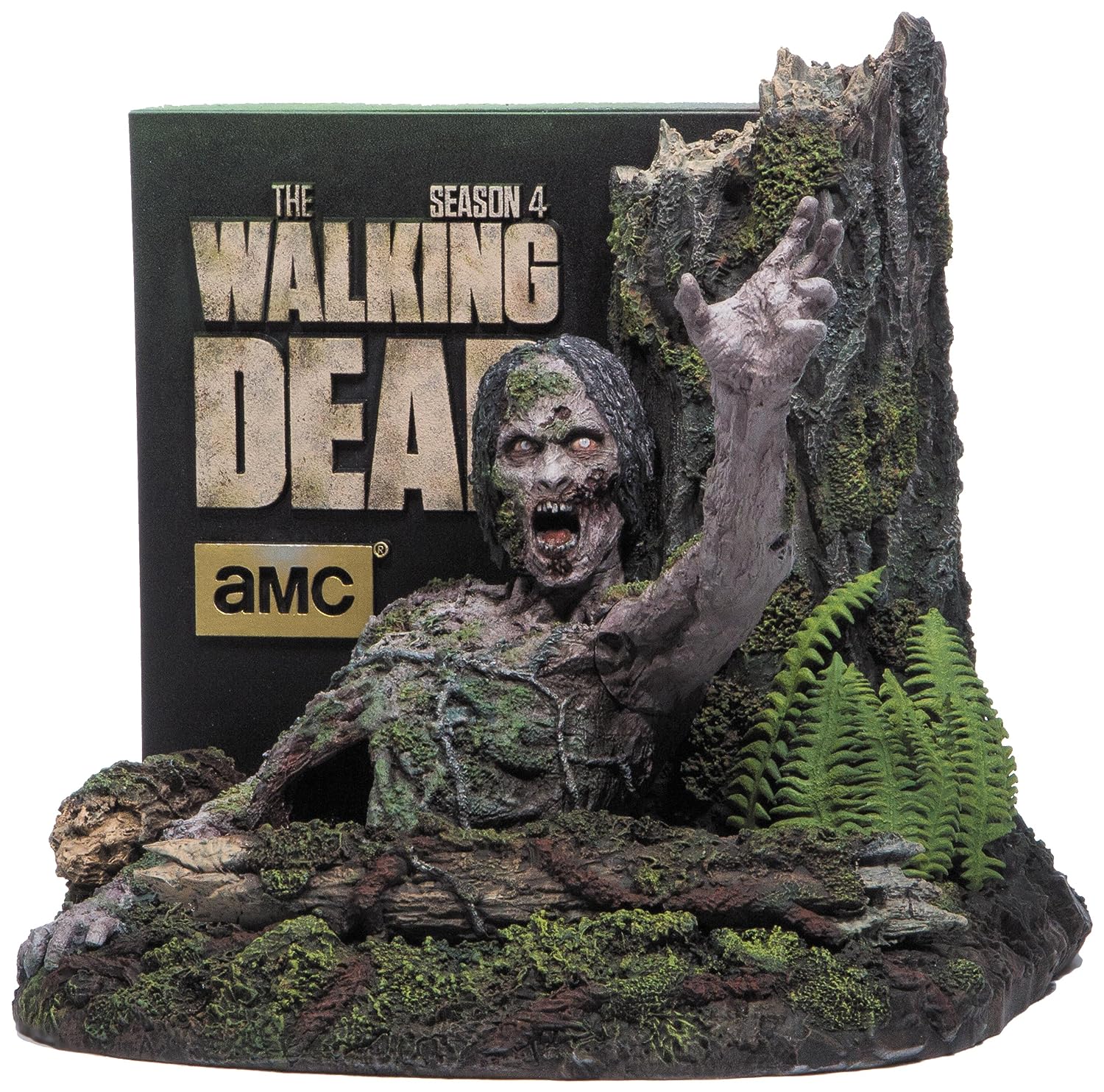 Probably the most volatile season yet. It spells the end of the prison, the Governor and Rick will come to blows again & then everything just goes to hell! I don’t mind admitting that I’m an addict of this show. I grew up with the Romero films and had you told me that one day the number one Television Show in the country would be a continuing narrative through the Zombie Apocalypse… Well, it is proof that future is better than imagined in some ways. I was just wanting more AUTOMAN. Now this is the special Limited Edition. You get this big Tree Zombie Sliding Case… which, btw, when you slide out the Blu Ray case, the Zombie moves its head and raises its arm! SO LIFELIKE! Heh. If you’ve been getting the special WALKING DEAD editions – this is a fun one, though I doubt they’ll ever quite top the Governor’s Aquarium set! As with all the WALKING DEAD releases – you get lots of special features, Commentaries, Extended Episodes, Deleted Scenes, a look inside KNB, a big Making of and Inside look. Really, this is an outstanding package for an outstanding show! Time to rewatch and get reading for the 5th Season!!! 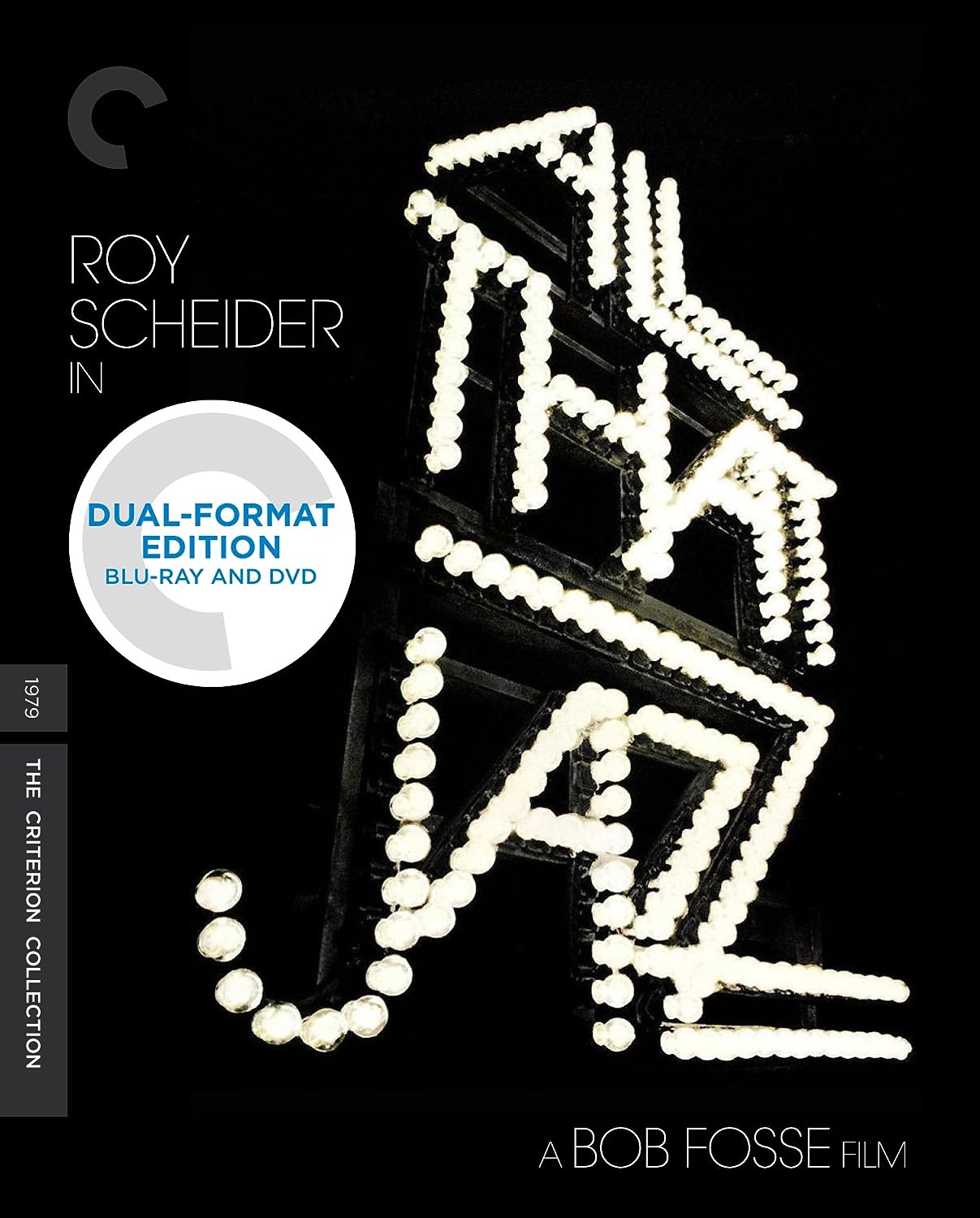 ALL THAT JAZZ Criterion Blu Ray

A Bob Fosse Masterpiece gets a stunning 4K restoration with 3.0 Surround DTS-HD master that is spectacular on Blu! Bob Fosse mined his own life and existence for this film and Roy Scheider is just stunning as Joe Gideon! The rehearsals and numbers are perfection, but the soul of this film – you can feel how vital the work is. The Gene Shalitt interview with Bob Fosse on here is worth the price of the set all on its own. It is so great! It was nominated for 9 Oscars, and won Best Art Direction, Best Costume Design, Best Film Editing and Best Music. But Fosse and Scheider lost to Robert Benton and Dustin Hoffman for KRAMER VS. KRAMER which swept the big awards. But Fosse’s film wasn’t the crime that year… that Coppola’s APOCALYPSE NOW didn’t sweep is one of those huge Oscar crimes! But it’s all silly comparing these great films. Fact is, ALL THAT JAZZ is a tremendous film. Criterion loads the disc with PORTRAIT OF A CHOREOGRAPHER which is a Doc on Fosse, a 2007 doc about the music of ALL THAT JAZZ. There’s on-set footage, interviews and even some audio commentary by Roy Scheider! OUTSTANDING RELEASE!!! 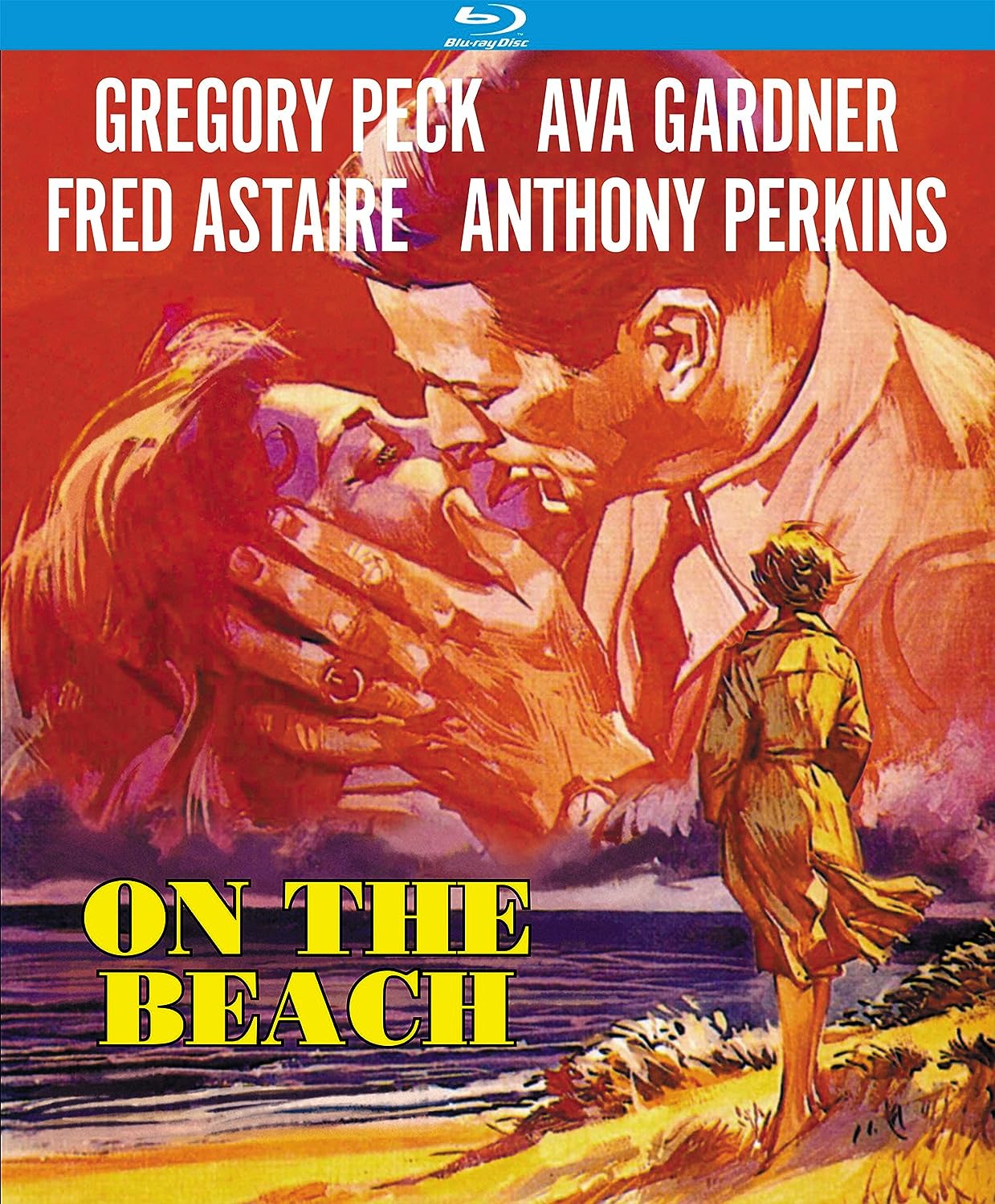 ON THE BEACH Blu Ray

You ever seen Stanley Kramer’s ON THE BEACH… helluva film. Stars Gregory Peck, Ava Gardner, Anthony Perkins and Fred Astaire in a post-apocalyptic Nuclear War film in which in a matter of months the radiation clouds will swallow life in Australia, and Peck is a Commander of the USS SAWFISH, an American sub that has come to stop in Australia. This isn’t a film about happiness, it’s about coming to grips with the finality of Nuclear War. Just a brilliant little film! Has a great great score by Ernest Gold! Astaire’s eyes in this one… so haunted. Amazing cautionary film! The Blu Ray looks fantastic, but there’s not really any special features – just an extended trailer. Just imagine if THE LAST SHIP was really great! That’s this! 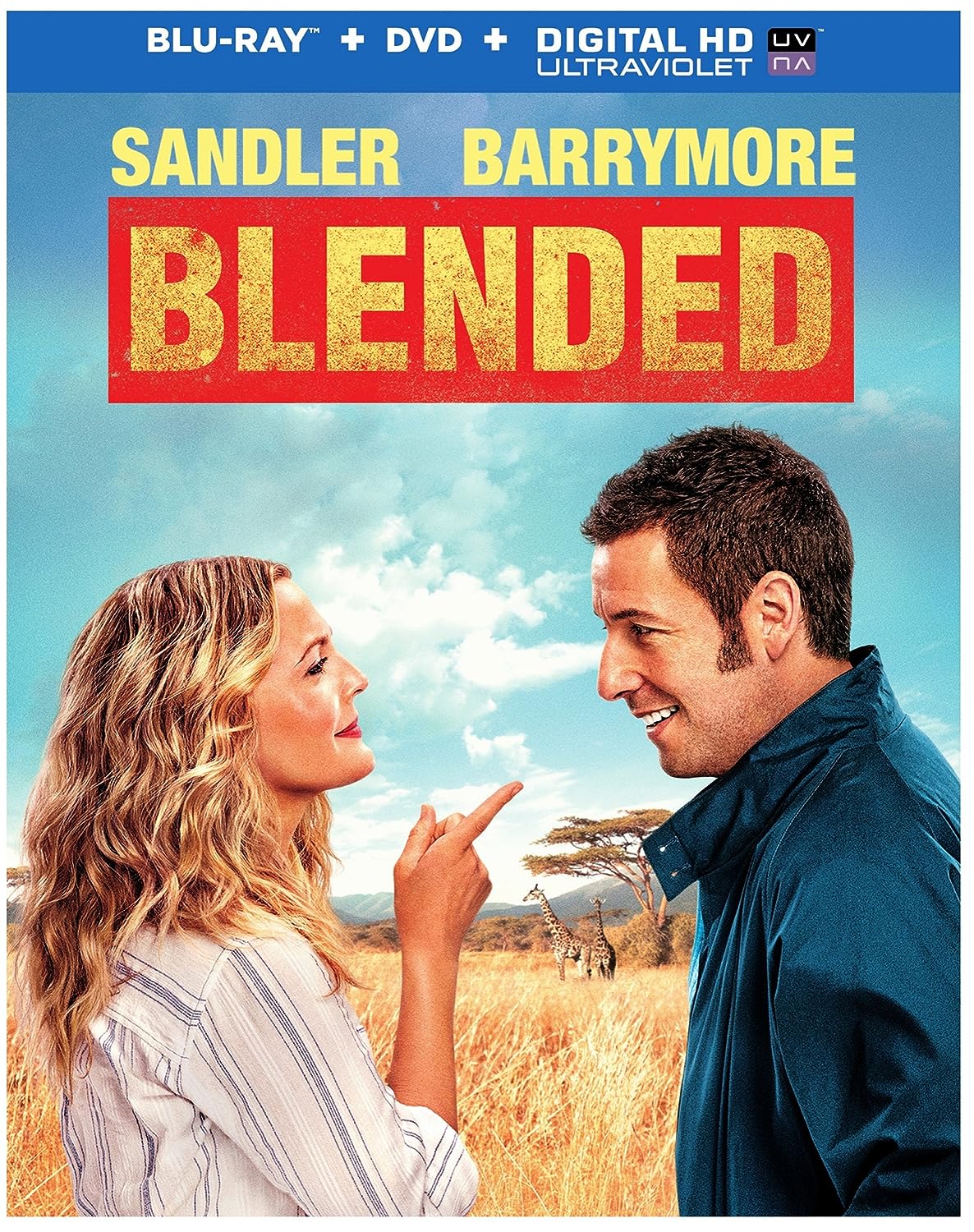 Would the 3rd teaming charm more than their previous two teamups? Well, Adam Sandler and Drew Barrymore are back at it – and it is mainly a groaning affair, broken up with occasional hilarity brought on by the amazing Terry Crews and his musical accompaniment! Otherwise this film does the expected as expected. I can’t believe Adam Sandler used the Ostrich riding on this film and not use it in PIXELS where it obviously would be inspired. Sigh. The Blu Ray has extras that cover the 3rd teaming of Sandler and Barrymore, The animals on Safari, Parasailing, deleted scenes and a Gag Reel that wasn’t terribly bad. 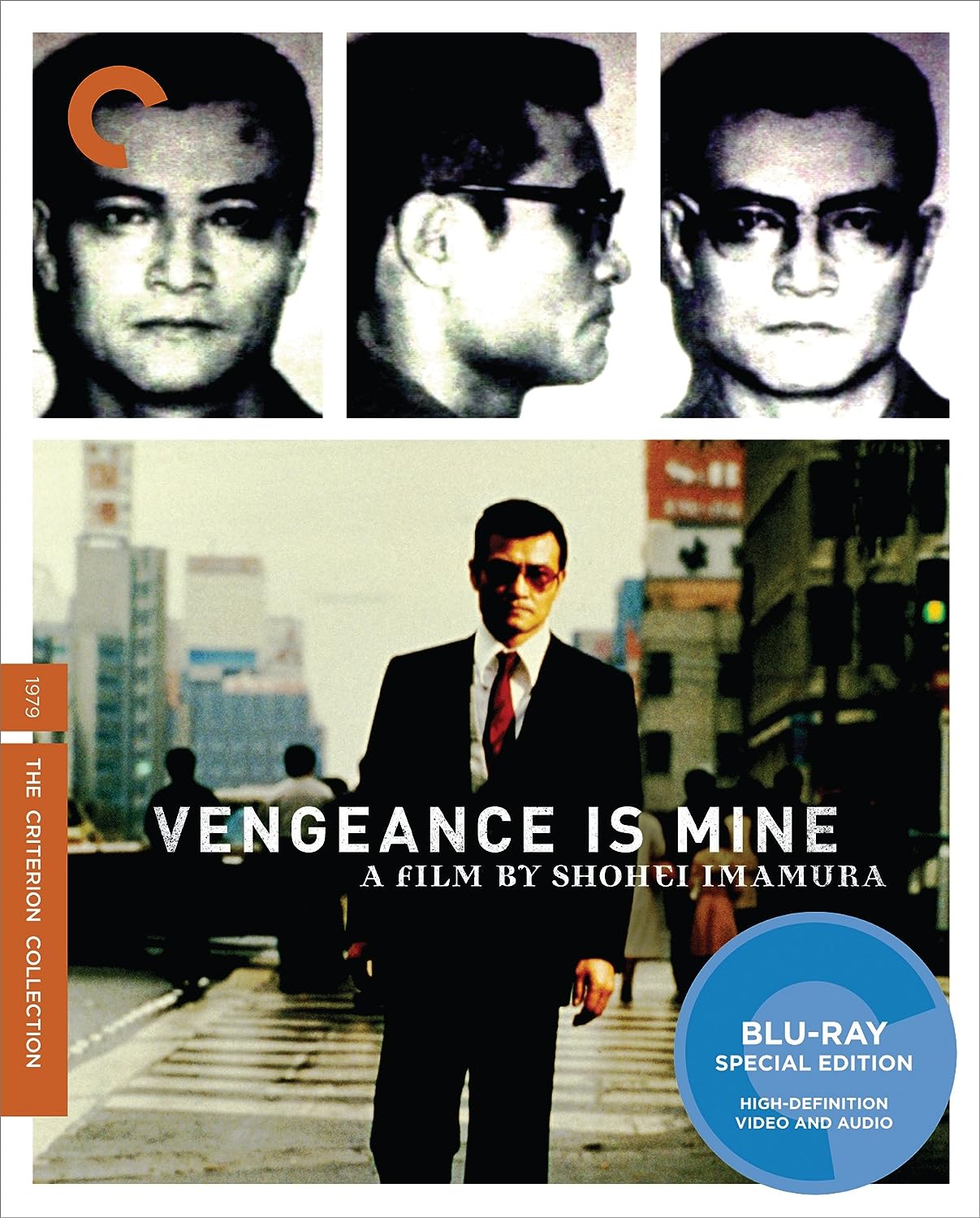 VENGEANCE IS MINE Criterion Blu Ray

A serial killer story unlike any you’ve seen on film. That’s what Shohei Imamura’s VENGEANCE IS MINE is! Ken Ogata plays a serial killer that operated over a couple years in the sixties – and we get the story in a very non-linear, yet powerful manner… giving us the context of the killer’s life and his turns to darkness. It is a sobering and brutal film that Criterion has given us a beautiful 2k transfer that is gorgeous! There’s a Commentary and an 11 minute interview with Shohei Imamura! Criterion has done wonderfully in bringing this film to our attention. Very disturbing. 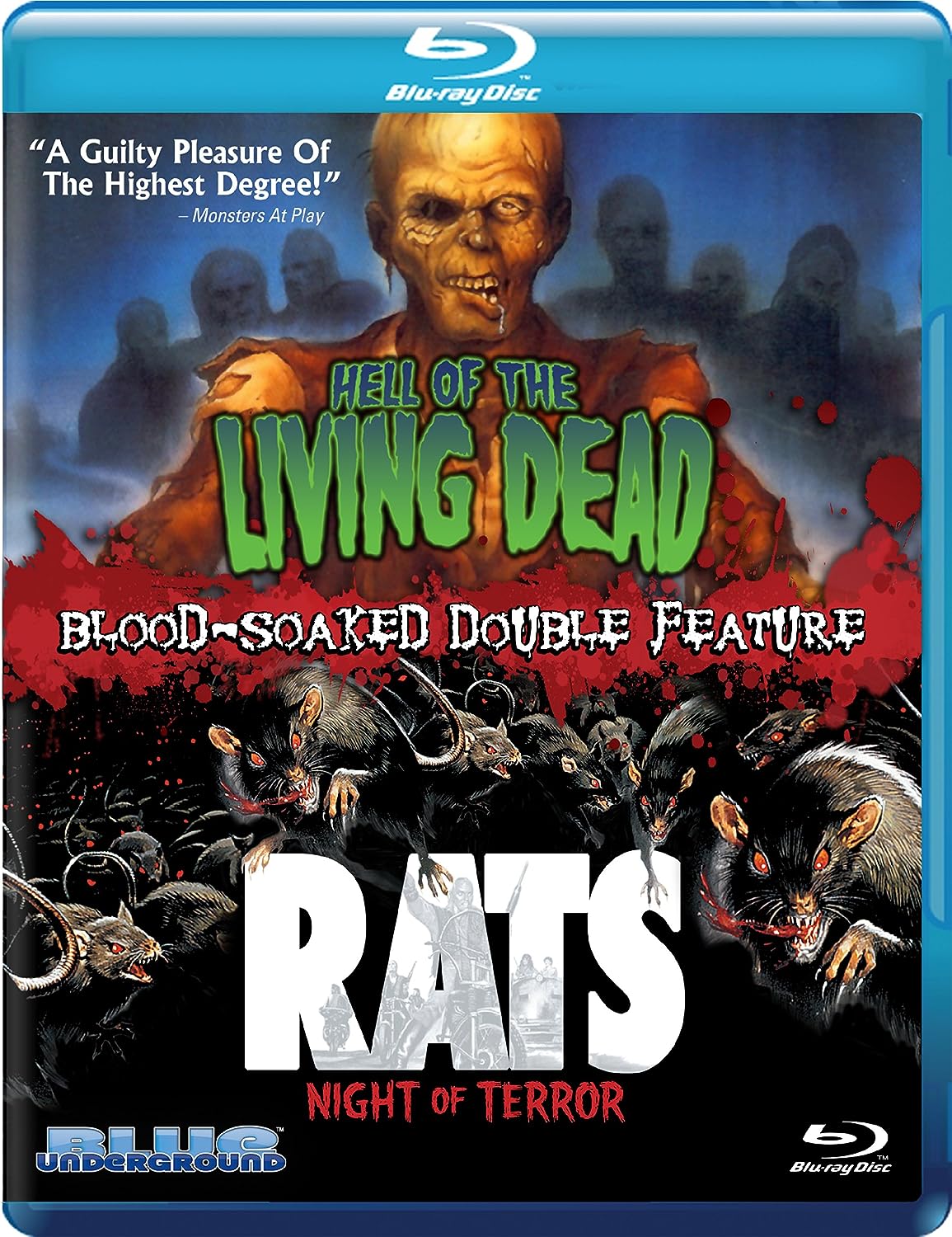 A Bruno Mattei double feature! He directed both of these charmers… HELL OF THE LIVING DEAD in 1980 and RATS: NIGHT OF TERROR in 1984. HELL OF THE LIVING DEAD feels like a Cannibal Film that just got hijacked by a desire to really make it about zombies – and so you get a reporter and her cam-boy-toy and some commandos in the jungle – when… you guessed it… fucking zombies. We get some Hamburger faced zombies and some paint-smeared zombies… but theres some great Gross out moments that are worth the wait. Then there’s RATS: NIGHT OF TERROR – which is far better film… to me. First off, it is a post-apocalyptic future world, where Nuclear war has devastated (See ON THE BEACH) and then a hundred years later… we have the HG WELLS scenario of a top world and a bottom world… only with lots of flesh eating rats – and a surprise or two or three. VERY GORY – very fun film. 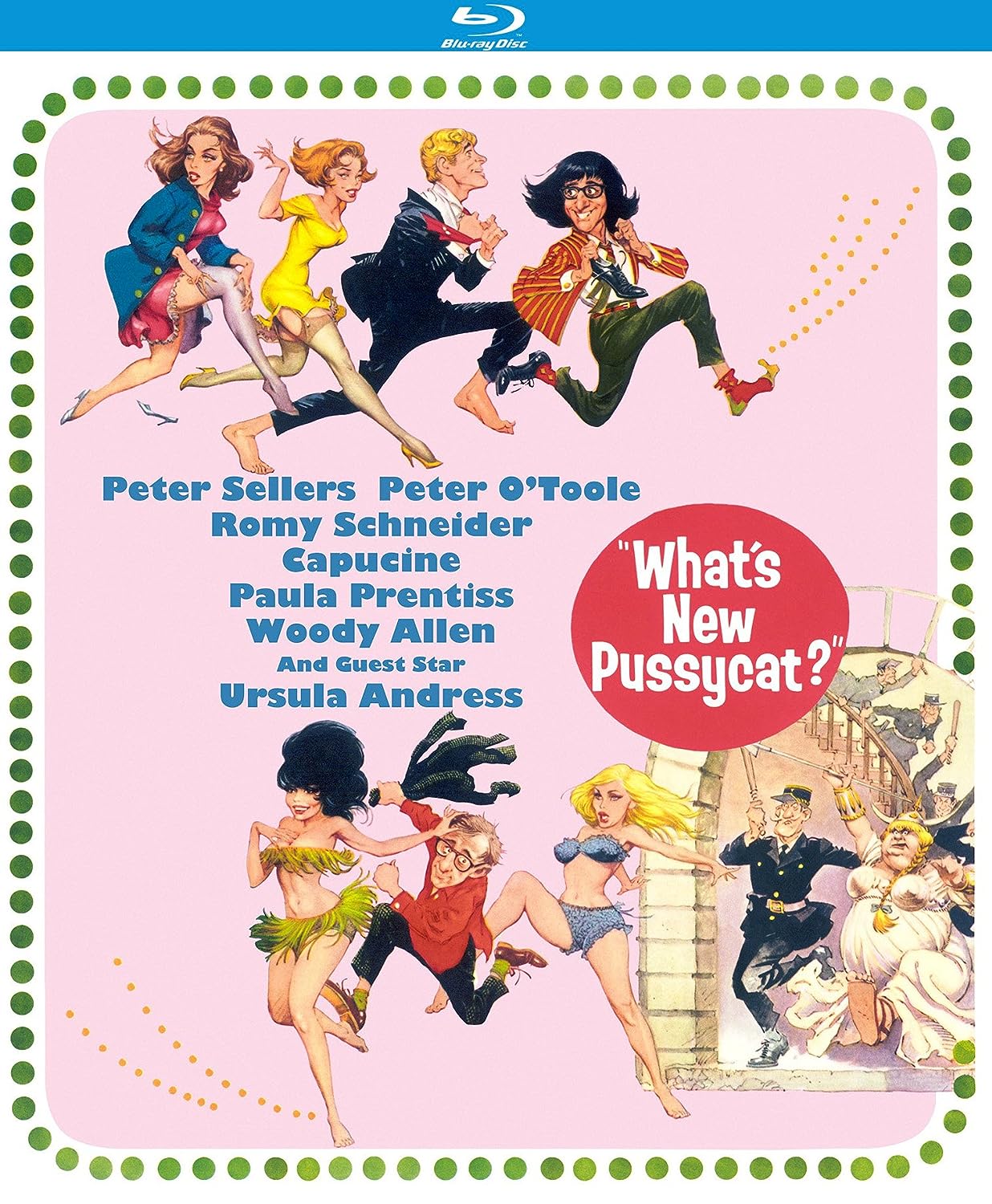 I love this film! Peter Sellers, Woody Allen and Peter O’Toole!!! Surrounded by beautiful women and given absurdity to play with? Well, it’s just fun. Now, this isn’t the cleanest or sharpest transfer, but it is a damn sight better than the DVD that we’ve had to go off of. Gotta love that Tom Jones title song! Wish this could have been a fully loaded disc with extras out the wazoo! However, this is just a barebones. Still funny as hell! 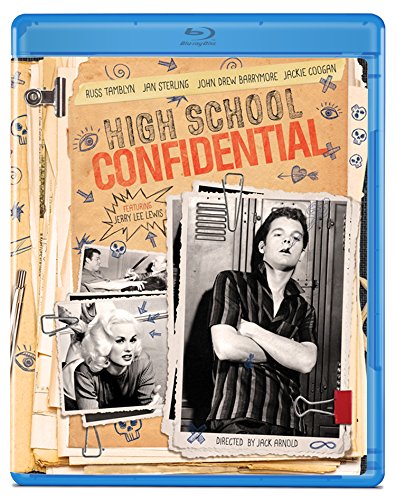 This is an outstanding hop-headed teenagers gone crazy flick from the director of CREATURE FROM THE BLACK LAGOON and THE INCREDIBLE SHRINKING MAN! That’s right Jack Arnold directed this switchblade cinema starring Mamie Van Doren, Jackie Coogan, Charles Chaplin Jr, Michael Landon, Russ Tamblyn and JERRY LEE LEWIS!!! The slang beat dialogue is classic and while the Razzie’s love to claim the film, it’s better than they know! High School used to be a trip! It would have eaten today’s kids up – and would’ve destroyed us Star Wars kids. The film has never looked better!