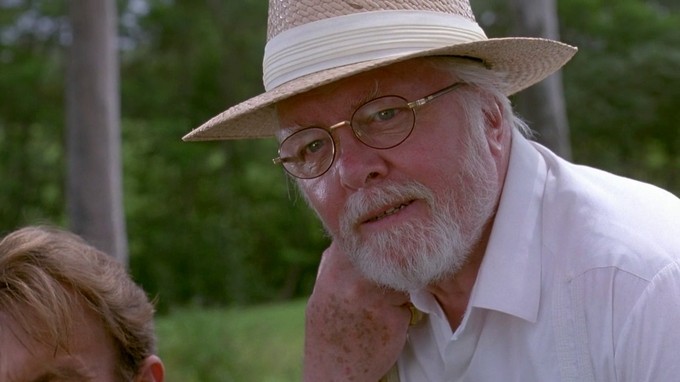 Hey, guys. Quint here with another terribly sad bit of news. This summer has been brutal for cinema fans and the latest great to pass on is Sir Richard Attenborough.

Like most of you guys reading this my first real exposure to Attenborough was as the childlike eccentric billionaire John Hammond in Steven Spielberg's Jurassic Park. I was 12 in the summer of '93, which naturally meant I was obsessed with everything Jurassic Park. I soaked up everything I could about the making of the movie and read Michael Crichton's novel front to cover at least three times. I guess in my weird way it was like getting to take myself to the theater again.

There were many changes from the source material, not all for the better, but one of the key differences is in the character of John Hammond. In the book he's a huge dick who deserves it when his creation actually becomes his end.

I'm not sure at what point in the process of adapting the novel the decision was made to make Hammond a sympathetic character, but I have to think that the casting of Sir Richard Attenborough in the role was an influence, even if that casting was just something in the back of Spielberg's mind. Attenborough was a phenomenal actor and could have played it as an asshole, but the more childlike industrialist was definitely the better route and Attenborough played the hell out of it.

There was a twinkle of a proud inventor in Hammond's eye, a giddiness at the fruits of his labor... so much so that when Ian Malcolm takes him to task for playing God I was immediately on Hammond's side (and the blood-sucking lawyer's side, too, I guess). If you can make dinosaurs then hell yes, you make dinosaurs!

It could be my slightly cultish adoration of the Disney theme parks and of the man himself, but I could relate to John Hammond. He was a businessman, but you could still see the kid inside shine through.

In large part because of Jurassic Park I started seeking out more of his work. I'm by no means an expert on his career, but he participated in a few films (either was a performer or director) that I hold near and dear to my heart, so I'll talk about some of them below.

One of my favorite Powell and Pressburger films is called A Matter of Life and Death (aka Stairway to Heaven), which is a story of a British soldier who somehow escapes death much to the consternation of the angels above who now have uneven books. He falls in love in this extra time he's given and ends up in a heavenly trial.

It's a textured, entertaining and completely charming little movie and one that doesn't get talked about as much as it should be. It stars David Niven, but there's a scene early on when a very young Richard Attenborough (with a shockingly full head of hair) arrives in heaven looking awestruck. His scene is below:

”It's heaven, isn't it?” One line and it stops the scene for a beat. That wasn't even Attenborough's first movie despite him having been enlisted as a Royal Airman during WW2. His work in the '40s and '50s were often war pictures, usually with him typecast as the cowardly character.

War played a big part in his directorial career as well. His first outing was the WW1 musical Oh, What A Lovely War, which was followed up by Young Winston, about the formative years of Winston Churchill and the WW2 epic A Bridge Too Far, a film I watched during my A Movie A Day run and flipped for.

Young Winston is a rocky film that doesn't quite click despite a great Robert Shaw performance, but A Bridge Too Far, the star-studded retelling of the Operation Market-Garden campaign, is pretty damn great. Kind of feels like a proto-Saving Private Ryan.

Attenborough is probably most famous for directing Gandhi, but wedged between A Bridge Too Far and Gandhi is a real weird film called Magic starring Anthony Hopkins and... well, if you don't know about it, check out this trailer:

Yep, he did a horror movie with Anthony Hopkins and his ventriloquist's dummy. Attenborough didn't shy away from thrillers. In 1971 he played a serial killer in 10 Rillington Place.

Surprising from the man who would direct Gandhi. The film was a passion project for Attenborough and you can feel that in every shot of the film. He gave it his all and made a dramatic masterpiece. 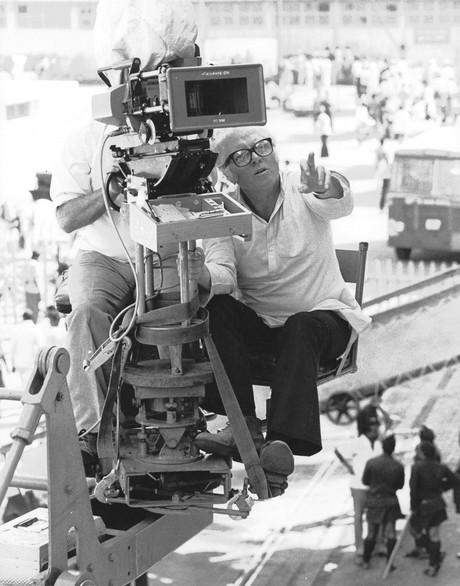 Gandhi his probably his zenith as a filmmaker, but he did make some good stuff afterward, including the entertaining Chorus Line adaptation and Chaplin, which was a box office flop, but a critical success.

Robert Downey Jr. earned a deserved Oscar nomination for that film and while the movie didn't win in any of the categories it was nominated for, it has survived and is still a damn fun watch today. It's aged incredibly well and is one that I always tend to stay for if I find it while channel surfing. 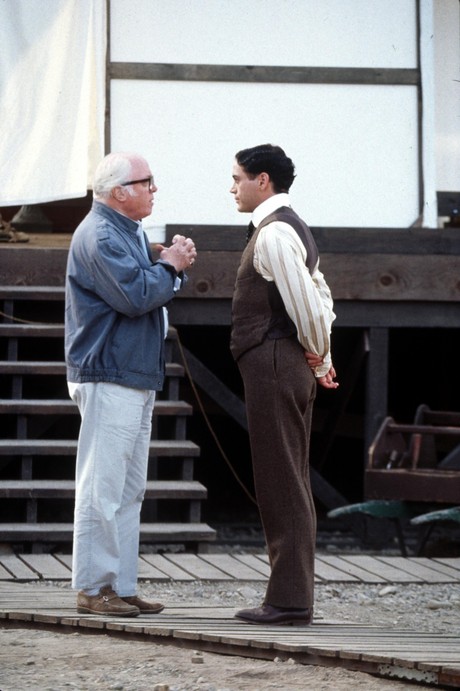 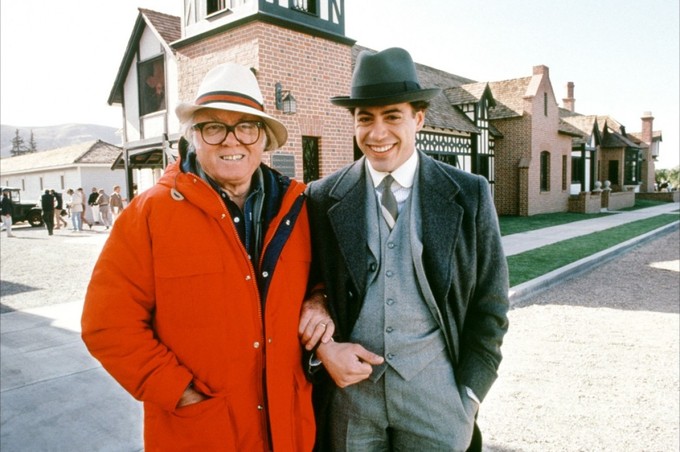 Attenborough was a master filmmaker and performer who brought all those amazing movies I've mentioned above to life in one way or another. And that's not even counting the many dozen other great movies of his I didn't touch upon, like Shadowland, Brighton Rock, The Ship That Died of Shame, The Great Escape, The Flight of the Phoenix, The Sand Pebbles, Doctor Dolittle, Brannigan (aka John Wayne as a loud, destructive American cop in London), Miracle on 34th Street, The Chess Players and Elizabeth.

The man played every part with a certain vulnerability. His eyes always conveyed his character, whether it was a darker, more sinister brain at work, a complete innocent or a devilishly mischievous big kid in a grown up's body. He had the range, he had the talent and thankfully he shared it with us for over 70 of his 90 years.

Tonight my thoughts will be with Sir Attenborough's friends, family and fans. 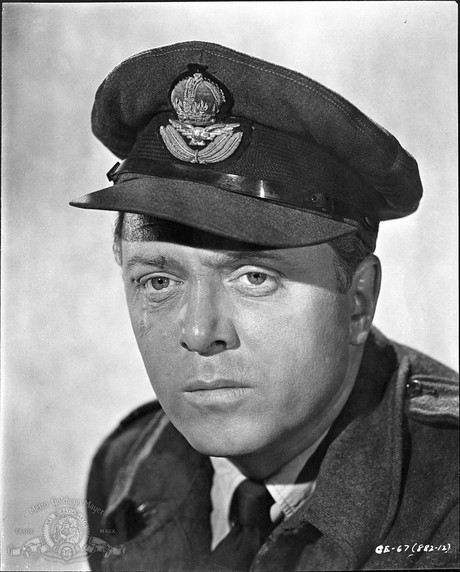