Check Out the International Poster for HORNS!

HORNS is easily one of my most anticipated films coming out this fall. I’m excited to see Alexandre Aja helming a new film, I am a huge fan of Joe Hill, who penned the novel, and I am excited to see Daniel Radcliffe take on yet another interesting role. And frankly, it looks like a blast.

A new international poster has been released, highlighting a very mysterious and sad-looking Radcliffe sporting his new pair of devil horns.

"Blamed for the murder of his girlfriend and ostracized by everyone he knows, a small-town guy (Daniel Radcliffe) awakens one morning to find he’s grown a pair of horns. Armed with the supernatural powers they possess, he sets out to find the true killer.”

Though the synopsis paints the picture of a supernatural thriller, the trailer released last month reveals the addition of a darkly comedic tone to the proceedings. It really looks like an unusual story. This is definitely one to watch for. 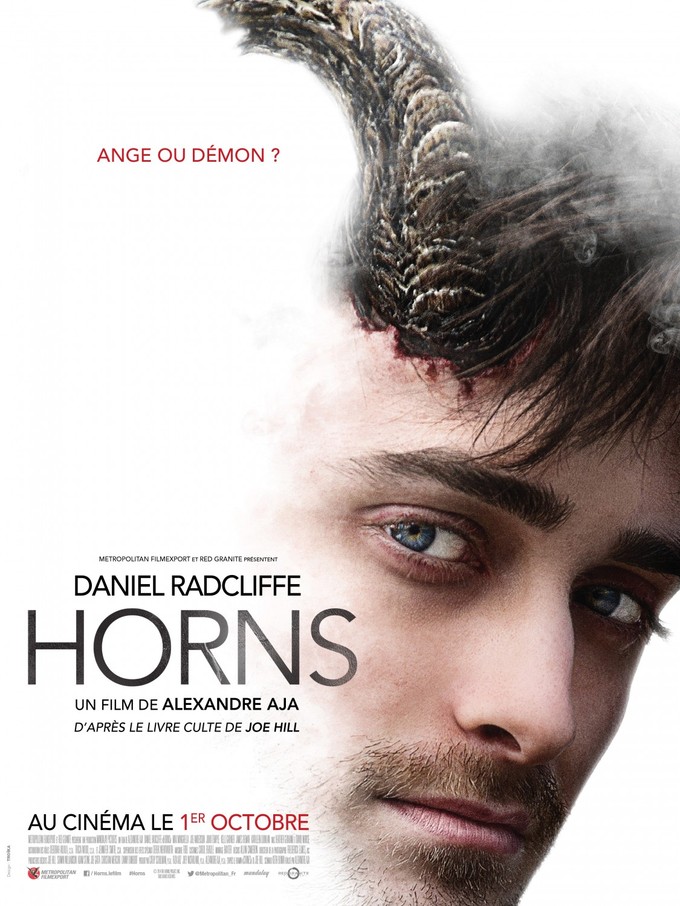