They both highlight Nick Dunne (Ben Affleck), at once the grief-stricken husband and the prime suspect in the death of his wife, Amy (Rosamund Pike), after she disappears on their fifth wedding anniversary. The imagery does a good job at teasing the uncertainty and ambiguity that surrounds the story and the question of Nick’s guilt, as he stands isolated, under his wife's ever watchful eyes. 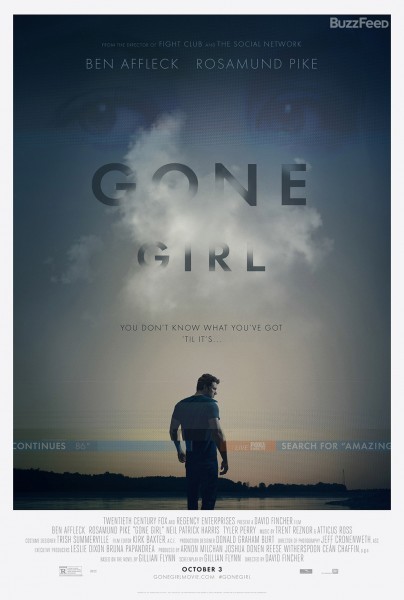 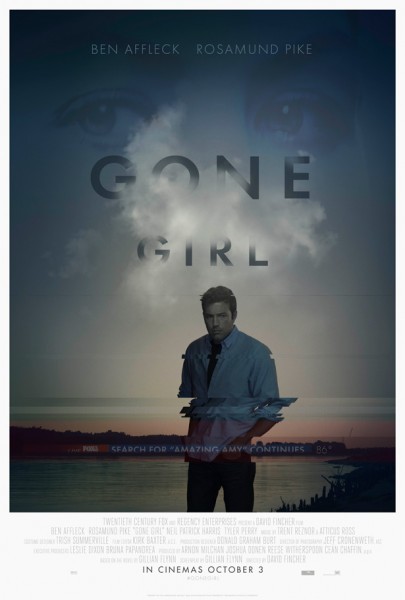 Posters via Buzzfeed and Shortlist