Alex Kurtzman (as in Kurtzman and Orci) to direct the MUMMY reboot...yay?!! 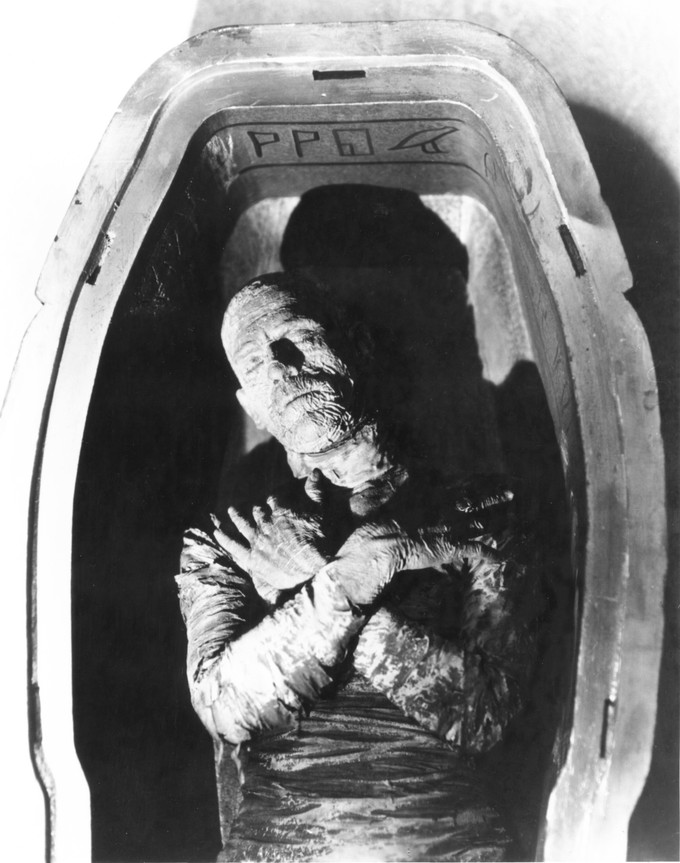 We knew that Universal was planning to reboot their lineup of classic Hollywood monsters, including FRANKENSTEIN, DRACULA, THE CREATURE FROM THE BLACK LAGOON, and THE MUMMY, with the latter going into production first. Universal seems to be going full speed ahead with said plan, and have tapped Alex Kurtzman to direct their latest incarnation of the original, Boris Karloff MUMMY.

Kurtzman's MUMMY will distinguish itself from the countless variations on the core premise by bringing it up to present day. It will also be, like we'd heard, "an action-adventure tentpole with horror elements," rather than a straight-forward horror movie.

I love that they're presenting that "action-adventure" approach like Universal didn't just try that 15 years ago.

Kurtzman is obviously more famous for his writing credits, alongside former partner Roberto Orci, on such classic fare as TRANSFORMERS: REVENGE OF THE FALLEN, COWBOYS & ALIENS, the J.J. STAR TREKs, and THE AMAZING SPIDER-MAN 2 (though, to be fair, he also worked on the underrated M:I-3), but he directed a smallish movie called PEOPLE LIKE US with Chris Pine and Elizabeth Banks. Though I didn't hear stellar things about the movie, word was that it was miles beyond the studio drivel Kurtzman's name is usually associated with. Maybe he's got an approach for a PG-13, contemporary-set action-adventure MUMMY movie that will blow all of our socks off.

But seriously. Let's try and stay positive. After all, he's directing a VENOM movie when he's done with this...maybe.