Ahoy, squirts! Quint here with the rest of my Marvel panel coverage. I've already talked about Avengers: Age of Ultron, but how about some Ant-Man while we're at it? 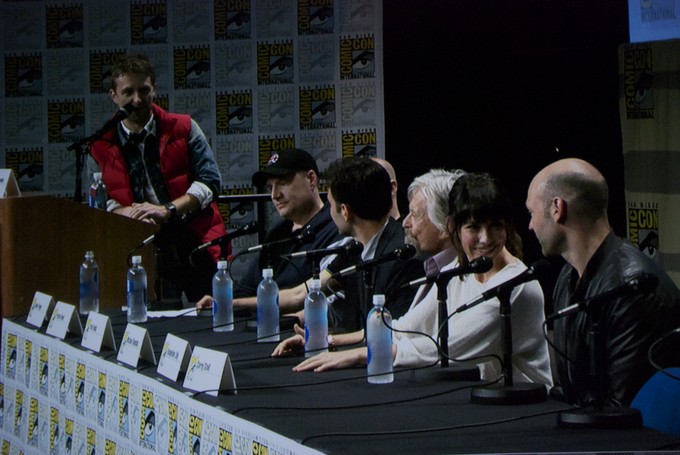 This is still a rather sore subject for most Marvel fans and they didn't really address the british elephant in the room at all. It was a weird energy. People were clearly excited for the panel and when Kevin Feige introduced Paul Rudd and Michael Douglas, the place went mental. However, when new director Peyton Reed was brought in there was a bit of a muted reaction.

It seemed like a good deal of this panel was dedicated to establishing Reed's bonafides (he drew himself as Ant-Man when he first started coming to Comic-Con in the early '90s) and stopping the bleeding, as it were, on the bad taste the Edgar Wright situation left in the mouth of fans.

Listen, I love Edgar. I desperately want to be furious on his behalf and to a very real degree I am, but I'm also a fan of Peyton Reed's work and think he's a really smart dude that just got his big chance. Some deep down dark part of me would rather see Edgar doing “Edgar movies” instead of “Marvel movies” too, but I consider Edgar a friend and someone I hugely respect as a filmmaker and there's no way of framing this situation as anything but a big fuck you to the man and the many years of work he put into this film.

So, I feel a little guilty that I liked the footage they showed as much as I did. It was simple, but really set a tone for both the overall film and the relationship between Douglas (Hank Pym) and Rudd (Scott Lang). I have no idea how much of that was influenced by Edgar's original vision and I have a feeling we'll be asking that a lot as the film begins filming (starts shooting August 18th) and things start coming out.

The only thing I can do is look at what is produced and judge what I see as I see it. I sincerely hope Marvel makes a great film even if I'm incredibly disappointed in the behind the scenes drama.

Let's get to some footage description, shall we? 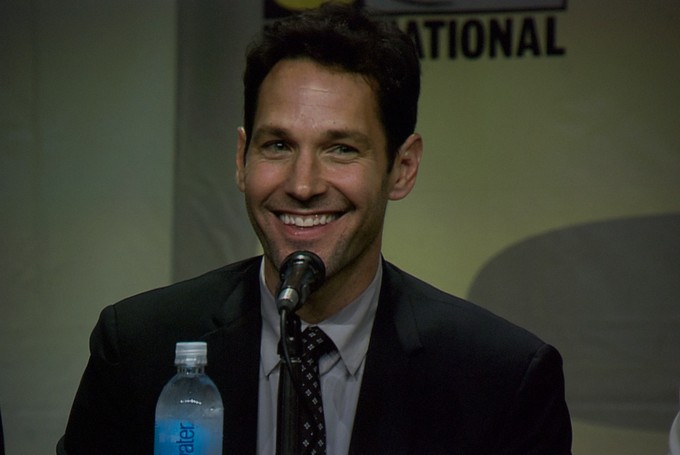 This was all Man In Suit, CG and voice over work. It hasn't begun filming, remember? Feige said Peyton Reed shot this specifically for Comic-Con. It's basically Pym sending Lang on a bit of a mission. We never see the actors, just hear their voices and see Lang in suit, shrunk down, running around a lab, evading a silhouetted figure with a flashlight.

”You seem very nice, but I'm not a superhero.” Pym: “Superheroes? What a goddamn joke. You're doing this because it's the right thing to do.”

“Jesus Christ, somebody already shrunk your balls? Don't worry, it's a 'small job.'”

If the relationship between Pym and Lang is like this in the movie I think we're in for something really fun. Douglas sounded like he was having a blast and Rudd seemed reluctant, but eager. And this was all just in voiceover!

Voice of God Pym tells Lang that his helmet controls his powers, so don't damage it. Naturally he immediately trips and slams the helmet on the ground, causing it to short out. A winged ant is on the table in front of him. Douglas tells him to ride it and tell it what he wants it to do and it'll obey. He apparently needs to get to an air vent.

Ant-Man mounts the ant, but apparently that ding to the helmet has messed up his ability to communicate. He tries to nudge it forward, but it doesn't move. The flashlight guy comes closer and Ant-Man jumps off his ride. Douglas tells him to jump and after a moment's hesitation he jumps off the edge of the desk and out of frame.

After a beat he pops back up in frame on the back of his flying ant. A whole swarm of them follow and fly him into the air vent and that's where the footage ended.

The panel kept going, though, and we got a little background on the movie, mostly from Michael Douglas, oddly enough. Douglas claimed he has been envious of the Marvel films from afar for a while and was excited to get to play in the universe. He described Ant-Man as a heist film. Hank Pym mentors Scott Lang after his partner Darren Cross (House of Cards' Corey Stoll) doublecrosses him and takes his company. Cross will ultimately become Yellowjacket, the big villain of the movie. 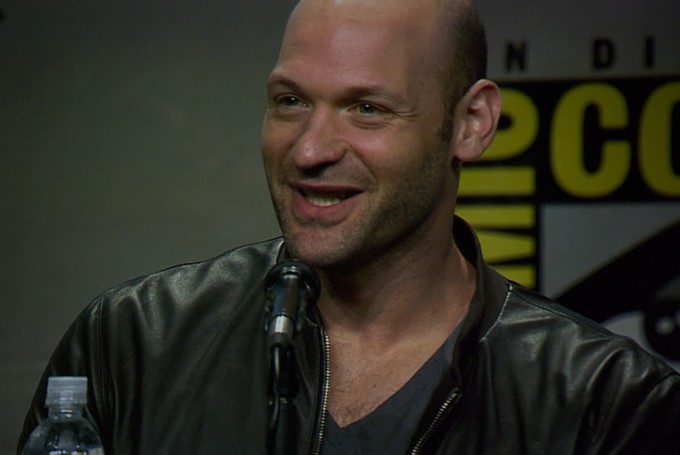 They brought out Evangeline Lilly who will be playing Hope Pym (introduced as Hope Van Dyne by Kevin Feige). Whatever her name is, she's Douglas' daughter. If Van Dyne then that points to her being a product of Pym and Janet Van Dyne (the original Wasp).

Anyway, the panel was very short and they spent a lot of time talking about how Paul Rudd was a Comic-Con virgin. Some girl shouted out that he's popped his cherry, which somehow got turned towards Michael Douglas who just slyly smiled and said he's popped many cherries. Holy cow. Have I mentioned this is a weird year at the con? Because it's not every July that Michael Douglas talks about de-virginizing ladies in public... at least not where I'm around to hear it. 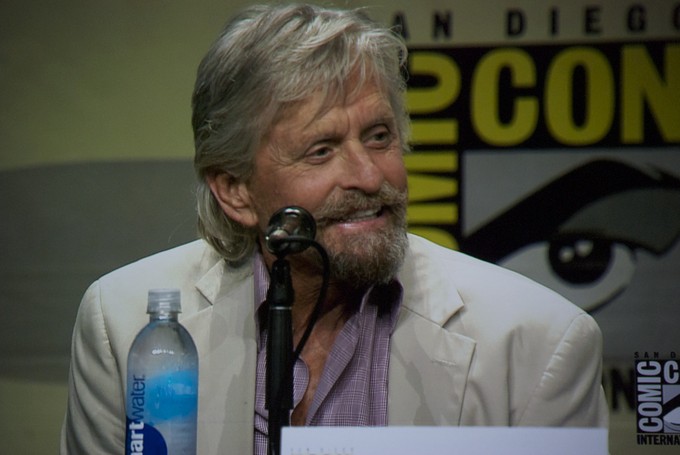 Look at that grin. You ol' horndog.

Anyway, that was the Ant-Man portion of the panel. Still got a few other panels to report on before I cap off my Con coverage, so stay tuned! Wave goodbye to the nice people, awesome creepy Michael Douglas! 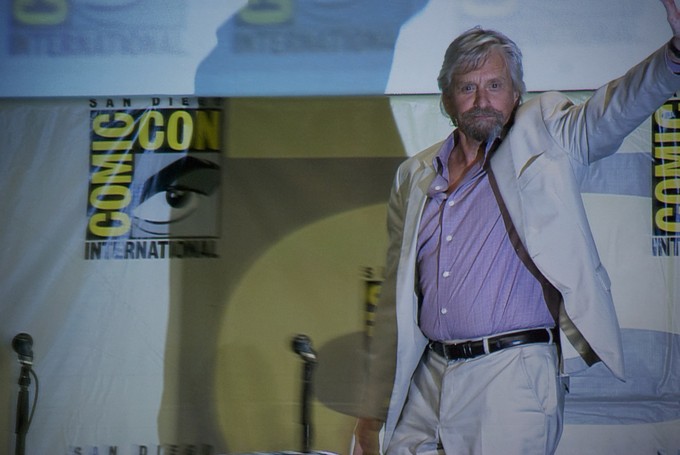