"The walrus is far more evolved than any man I've ever known...present company included." Trailer for Kevin Smith's TUSK has arrived! 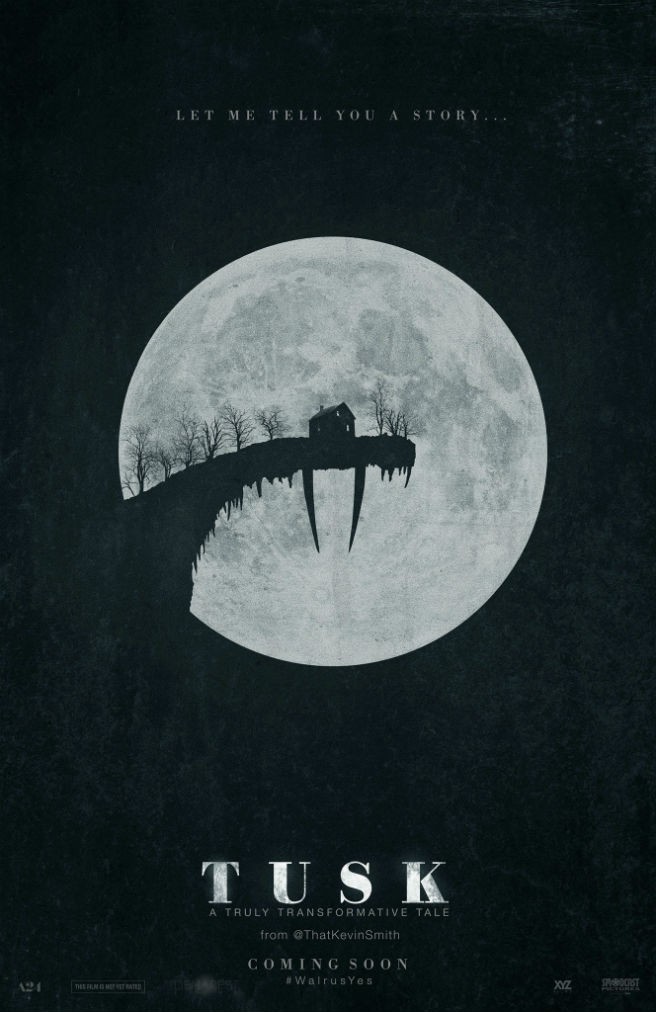 STILL no clue if Johnny Depp is the fifth lead of this movie or not.

All that separates man from animal are the stories he tells. Watch the TUSK trailer NOW! #WalrusYes https://t.co/VEpA2v8XFr

Great 'stache on Long, no?

This isn't to be confused with the other TUSK...

TUSK will sew you up in blubber and throw you in a tank on September 19th.