Could This Be The (Barebones) Plot Of STAR WARS EPISODE VII?! SPOILERS! 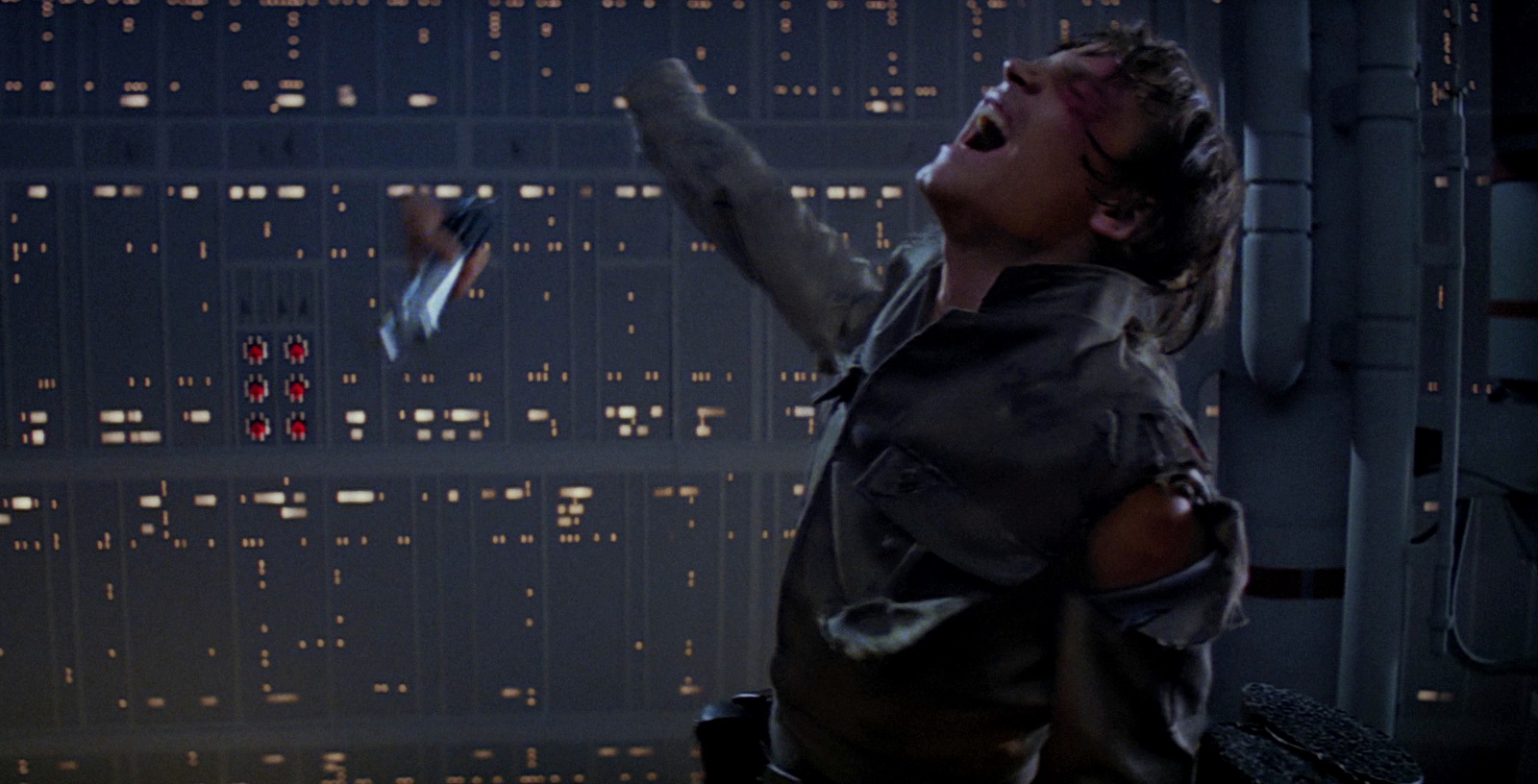 Obviously, if you don't want to possibly be spoiled on STAR WARS Episode VII, don't read anymore.  Just steer clear.  I cannot confirm or deny the accuracy of the following information, as I am in no way privy to any inside knowledge of STAR WARS Episode VII or its production.  I was hoping to stay relatively spoiler-free on this, at least until the first trailer arrived, but Hollywood is a leaky vessel, and even as JJ Abrams tightens his grip, the more STAR WARS leaks can slip through his fingers. (See what I did there?)

There will obviously be no confirmation from Lucasfilm about any of this, so there's really no way to know whether or not Devin Faraci of Badass Digest is accurate.  I will say this, and damn the torpedoes - although I have a different philosophy than Devin about certain movie franchises, I've always known him to be an honest person, and even while we disagree on STAR WARS in particular, when Devin advocates for something or someone, he goes all out.  Devin's... mode of communication may come across to many as cynical, but I don't believe that at all, espeically because I have the pleasure of knowing him outside the Internet.  In real life, he's practically a teddy bear, and I'm pleased to consider him a friend.  Whether or not he's right about this?  I have no idea, but I've never known Devin to lie.  He's not the type to post bullshit for hits.  But you can take that as you will.  He claims he got this information from multiple sources, and our standard procedure here is that we get at least two separate sources before we post any possible scoops.  Most of the reputable sites do this.

At Badass Digest, Devin claims to know the plot to Episode VII, and while he doesn't dive deep into the intricacies of the story, he does say enough to get the ball rolling.  This isn't the normal sort of news that gets dropped on a Sunday morning, when everyone's in bed, and since I'm up I get the reporting duties.  According to Devin, the film opens up as STAR WARS films always do, with the crawl and then the camera moves through space, focusing on a singular object - a severed hand, still clasping what appears to be a lightsaber.  The hand falls onto what I assume is Tatooine (described as a desert planet), where Daisy Ridley's character and John Boyega's character find it.  Never mind the whole organic-matter-burning-up-in-the-atmosphere thing - this is STAR WARS, so apparently either Tatooine's atmosphere is so thin that this couldn't happen, or... you know, it's STAR WARS, and who knows what story device the filmmakers will use to make this work.  This, frankly, is the most implausible aspect of the story to me.

Anyway, Ridley and Boyega want to return the lightsaber to whoever it belongs to, which puts them on the path of Han Solo and Chewbacca, who recognize the lightsaber as belonging to Luke Skywalker.  Han and Chewie haven't seen Luke since Endor.  So begins a story to find the lost Jedi Master - shades of APOCALYPSE NOW, perhaps? - and in the meantime, evil remnants of the Empire (I'm assuming, here) are on an ice planet building a new weapon that could change the galaxy forever.

What does all this mean?  Well, for one thing, it means that the search for Luke Skywalker will probably take up the bulk of the film, and that Han and Chewie play a central role in that quest.  Devin claims that word on the set is saying that John Boyega, so good in ATTACK THE BLOCK, is the one who shines most in the film, and even has a few nice things to say about how the production is going so far (which is rare for him on STAR WARS).  Still - this hand business.  Man, I don't know.  I hope that there's a decent explanation for how Luke's hand (if it is Luke's hand) manages to defy the laws of gravity and atmospheric re-entry conditions to stay intact, because while STAR WARS is somewhat fantasy, it still basically follows the rules of science (and I define basically very loosely here).  I'm trying to be objective about it, but there's so much to question here with this basic plot point that I'll just simply back off.

But hey, if this turns out to be accurate, let's give Devin Faraci a hand (pun completely intended).