AICN HORROR Send in the Clowns: Bug’s got an advance review of CIRCUS OF THE DEAD!

Time to look into the future as this film isn’t due out for some time and is gearing up to tour festivals soon. But I had a chance to check it out early and below are some thoughts on CIRCUS OF THE DEAD! 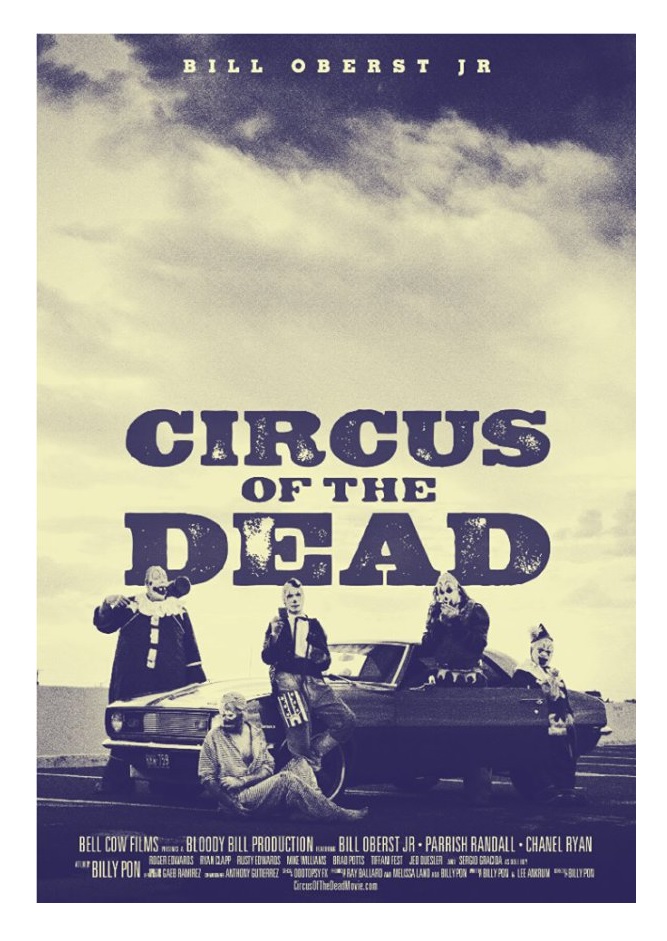 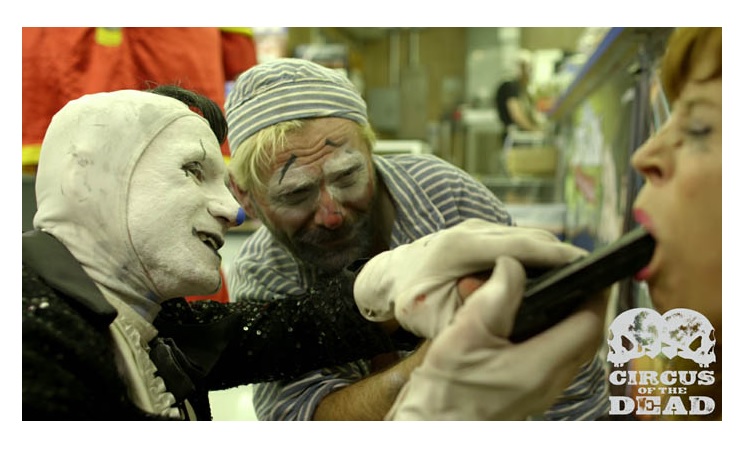 Rampaging clowns have been showing up in the news lately in the UK where reports of a clown scaring people on the street and even trying to open unlocked doors have not done well for the image of the children’s entertainers those in the clown community try to maintain. Billy “Bloody Bill” Pon’s new film, CIRCUS OF THE DEAD isn’t going to help matters much either as it follows a group of clowns on a rampage unlike any put to film before.

The story follows a band of clowns who work in a traveling circus, but this seems only to be a front for their main activities which is sadistically murdering and raping anyone who happens to cross their clowny paths. When the lead clown Poppa Corn (played maniacally by the hardest working man in horror Bill Oberst Jr.) notices a family in the audience that he takes a liking to, he leads his posse of insane clowns to the home of Donald Johnson (played by Parrish Randall ) where they stalk and kill his wife, abduct his children, and force him to join them on a crime spree across the countryside. Now the authorities are after Johnson, thinking he murdered his wife and abducted his kids, but little do the authorities know that Johnson is an innocent prisoner, pushed to his mental and physical limits by the evil clowns. 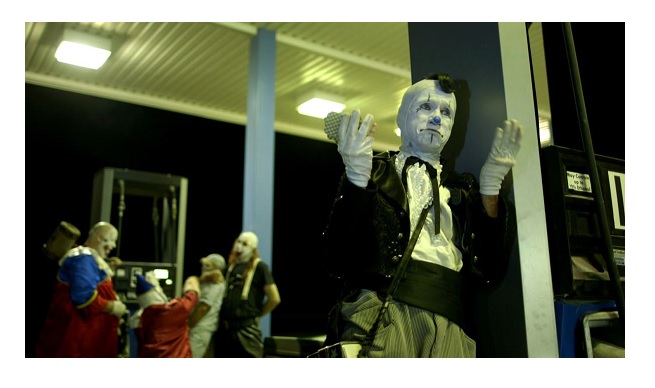 There’s a TEXAS CHAINSAW MASSACRE vibe to this entire film as the level of lunacy reaches a fever pitch early on in this film and doesn’t let up until the end. There are all kinds of depraved horrors going on involving just about anything you can think of (and a few you dare not) that the clowns do to innocents and not so innocents. Though the clowns seem to be motivated by mayhem, this seems to be the only inkling of why these clowns do the crazy things they do. While Papa Corn in particular is quite eloquent in the way he doles out his torture and horrors, still, these guys are evil for the sake of being so and those wanting some kind of meaning to this madness might come up wanting.

I don’t want to take away from Oberst’s performance as Popa Corn. He is absolutely terrifying as the lead clown with his white face hiding penetrating blue eyes that seem to never blink. Oberst goes beyond any other performance I’ve seen him in, channeling a lunacy that is both memorable and horrifying. 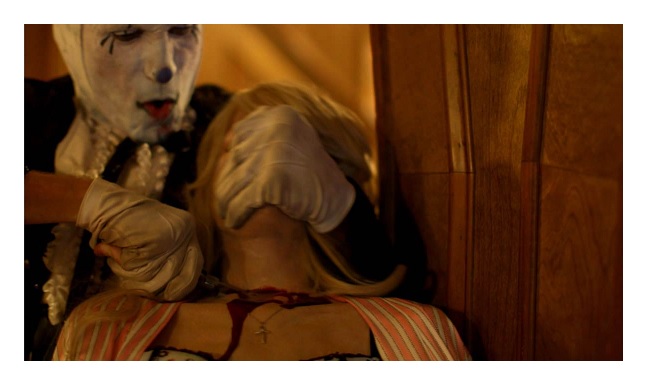 While the film is full of scenes that will haunt and disturb, I did feel the runtime (clocking in at 1 hour 48 minutes) could use a bit of time in the editing room. While the violence does seem to intensify and there is a point to it all, I think some cutting, especially in some of the earlier scenes, could have made the whole thing view a whole lot smoother. That said, the climax at the movie theater, which is playing TEXAS CHAINSAW MASSACRE and JAWS as a double feature does exemplify that there’s a lot of love for horror going on with those making the film and the comparisons to TCM are accurate in the uncapped craziness that ensues.

Bill Oberst Jr.’s performance, some sadistic kills, and a level of lunacy few films have reached make up for the simplistic plot and semi-amateur performances by some of the background characters. The clowns are fully realized, with makeup indicative to their own personalities and different levels of lunacy among their ranks. Plus references to Pon’s previous short film DOLL-BOY (reviewed here) pop up all over the place and even show up in a great after-credits sequence. All in all, if you’re looking for mayhem with painted faces, CIRCUS OF THE DEAD is going to be for you and with a suggested sequel showing up after the credits, it looks like this is just the opening act to something warped and horrifying. 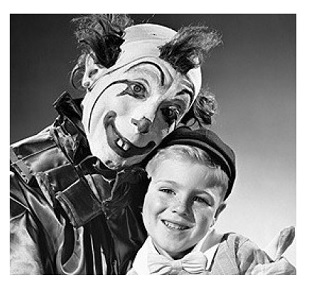