THE EXPENDABLES 3 Is Rated…

This development had been hinted at for some time, and even alluded to directly by Stallone himself.  But now it’s official…

The MPAA has officially decreed that EXPENDABLES 3 will be PG-13, in sharp contrast to the first two installments in the franchise, which were rated R.

The second film’s 2012 release was famously, and sometimes hilariously… 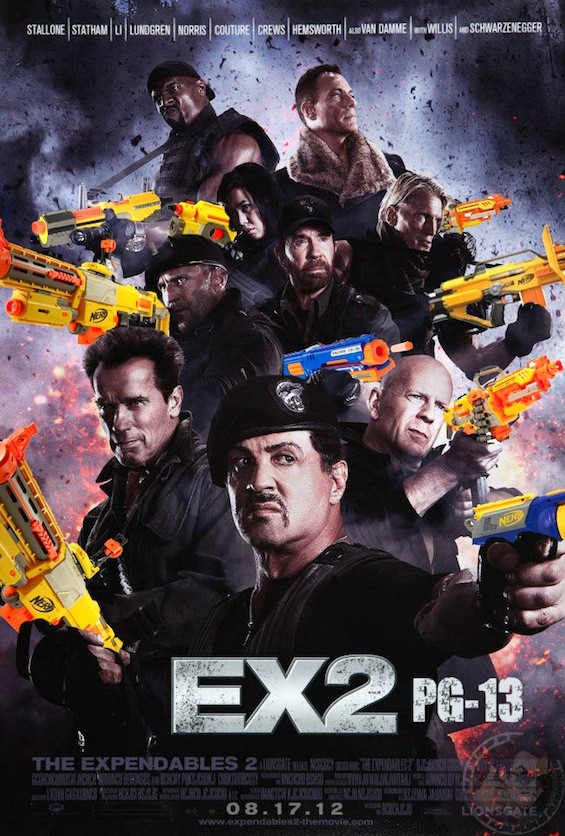 …haunted by the specter of a PG-13 rating.  That filmed dodged a bullet, but said bullet was apparently a magic bullet and this new picture couldn't get out of its way.

To be fair, I’ve recently seen a few PG-13 titles which imbued with a surprising amount of violence and tension.  This said, it’s a safe bet Part EXP 3’s vibe will be a far cry from the bold visceral jamboree witnessed in the original movie.