Quint thinks Snowpiercer is weird and awesome and cool as hell!

Ahoy, squirts! Quint here with some thoughts about Bong Joon-ho's Snowpiercer. Right off the bat I knew this movie was up my alley. I'm a sucker for post-apocalyptic movies. Even bad ones (and most of them are) at least intrigue me. A lot of people might cite Mad Max, but in reality I came to this sub-genre through George A. Romero. Dawn of the Dead is certainly a post-apocalyptic movie. Society has broken down, the world has been ravaged and it's a tale of minute to minute survival.

Even though it wasn't the first barren landscape post-apocalyptic movie The Road Warrior surely set the template by which we know the genre. Just like Halloween set the template for slashers even though Bob Clark got to the killer's POV thing years before with Black Christmas and in the wake of George Miller's movies there have been many attempts at capturing that fun, crazy wild tone.

Snowpiercer could, perhaps, be the most successful at cracking that code even though visually it shares almost nothing in common with the Mad Max universe (minus the caked on layer of dirt and grime on their actors). What I mean is that they both of fully embrace the fantasy with a sense of fun.

The highest compliment I can pay to Bong Joon-ho's first English language film is that it feels like one of his Korean movies. Memories of Murder is still my favorite film he's made, but The Host is probably closer to the feeling of Snowpiercer. Both movies get fuckin' weird!

Storywise, the film is pleasantly simple. Poor folks try to get from one end of a train to the other. The complexities come with the backdrop (a lifeless Earth as a result of people who tried to reverse the effects of global warming and swung too far the other way), the setting (a self-sustaining wonder train carrying the last remnants of humanity that circles the globe on one long, continuous track) and the characters. Take Chris Evans' Curtis for example. 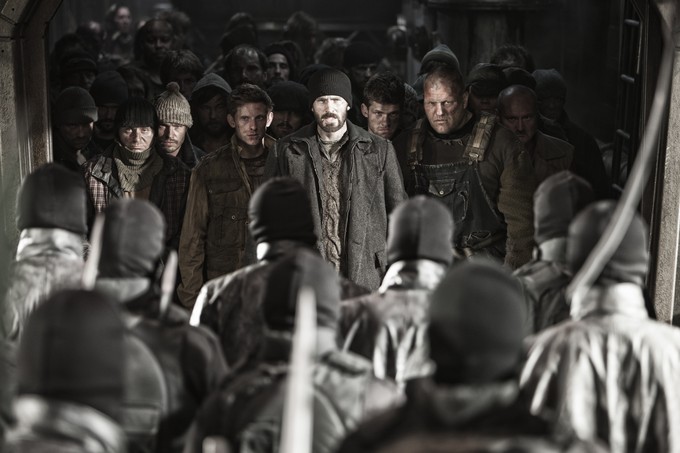 Curtis is the de-facto leader of the revolt. Yes, revolt. This train isn't a hippy commune where everybody is holding hands, singing songs and giving each other cokes. The class system on the train is broken down ala tickets booked. First class, business, economy and then the dregs, the poor people who didn't book, but begged and pleaded when shit was going down and were let on by the train's inventor, the mysterious Wilford. If you've ever had to fly on standby then it's kind of like that except dirtier and more dystopian. Unless you fly Delta. That's worse, but I digress.

The first class folks have everything, the tail section refugees have nothing. Revolts are inevitable under these conditions and we join the story on the third such revolt in the 17 years since the train left the station with the last of humanity aboard.

Curtis has a plan to get past the guards and the barricades and make a bee-line for the engine at the front of the train.

Bong Joon-ho does an incredible job of giving every single compartment of the train a distinct personality, which erases all possibility of the visual monotony that can come with a one-setting movie. Just wait until you meet Alison Pill's character. I don't want to spoil anything, but she is in charge of a whole lot of exposition and the way she does it is so goddamn weird and fun and nuts.

The whole movie just moves. The more we find out about the characters, the more fucked up the movie gets, especially when it concerns Evans' character. He's seems to be a fairly one note good guy, but as he progresses through the train we learn he's more complex and by the time we get to the end of the movie we realize that there's no such thing as a pure character. In fact, Curtis is atoning for some shit that even eclipses the big bad guy.

I also have to point out just how over-the-top and amazing Tilda Swinton is as Minister Mason, the voice of Wilford and the link between the cars. The performance is amazing in its sheer bravery. Swinton plays Mason as being in a constant state of near hysteria. She's so high strung and her flustered speeches have a manic energy that just propels the film along. I could watch it a dozen times just for her crazy work alone. 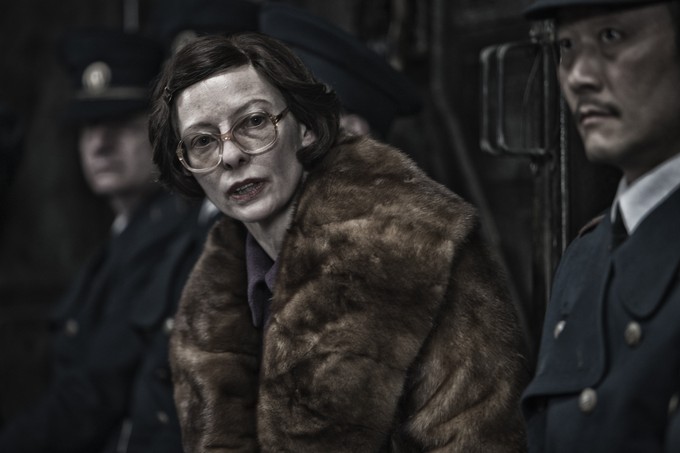 The look of the film is fantastic, the setting is fun, the pace is on point and the acting is top notch all throughout.

I know there was talk of the Weinsteins taking their scissors to the movie and that we ultimately got Bong Joon-ho's cut, but there are a couple moments in the film where it feels like they cut away for rating and they stand out like a sore thumb. One involves a frozen arm being shattered and that's probably the most egregious. I don't know much about the other cut or if this is a hybrid of the two or if it was purely Joon-ho's vision for the scene, but it doesn't feel like it. It feels like they pulled back at the last moment.

The rest of the movie is extreme enough that it felt out of place. It's just a minor nitpick, but watching the film twice in a day really underscored the moment for me.

And yes, I did watch it twice in a day. This crazy online movie writer thing necessitates repeated viewings sometimes. This time I had to watch the movie before my interview with the director... which was on a train to the Alamo's Rolling Roadshow screening of the movie. Perfect themed event, but if the movie had sucked I was in for a miserable time. Thankfully it didn't. 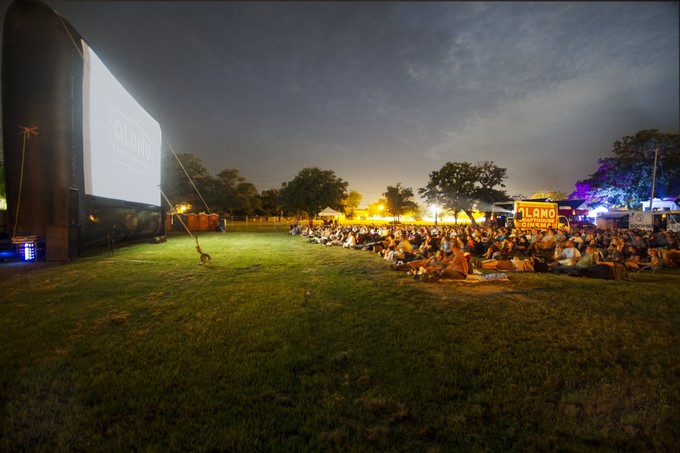 Before I wrap up I'd like to talk about something of a trend I've noticed. Between Snowpiercer and Edge of Tomorrow we not only have two smart, ballsy sci-fi flicks hitting our screens we also have two examples of perfect video game movies. The fact that neither are actually based on video games is but a small technicality.

I believe video games will be the next trend ala comic books. Right now only hacks have been able to mount productions based on these games. Much like comic book movies the mere concept of doing a video game movie is looked down upon, but that'll change once people realize a video game adaptation is just like any other adaptation. When talented people with a vision set out to tell a story using iconic characters in iconic worlds you'll see the tide start to turn. Perhaps Duncan Jones will be that guy. I'm almost positive Gore Verbinski would have been that guy if he had been able to make Bioshock.

I don't know for sure who will be the one to crack that dam wide open, but I do know that Snowpiercer and Edge of Tomorrow both prove you can have a video game premise and not make it campy and shitty.

It's no big mystery. The secret to any successful film is the character work. You can have the best premise in the world, but if you don't give a shit about the characters then it's gonna fizzle. That's the biggest challenge when it comes to video game movies since most of them go light on character development for their lead. It's something that's changing thanks to games like Bioshock and The Last of Us, but it's still more common than not. The developers want the player to project themselves into the lead character, afterall.

Edge of Tomorrow in particular excelled in giving its lead a fantastic arc and Tom Cruise played him so perfectly that you were invested in the story, no matter how video-gamey it was.

My point is that both of these movies could have been based on video games instead of books and they would have turned out exactly the same.

Anyway, enough of my rambling. Go see Snowpiercer if it's playing near you. It's an awesome flick and the only way they keep making more of them is if you support the good ones when they come around. 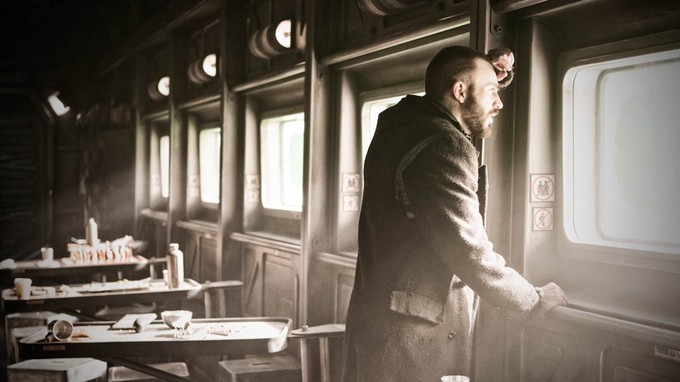