AICN HORROR Send in the Clowns: Bug reminisces about the carnival chills of THE FUNHOUSE!

While THE FUNHOUSE doesn’t necessarily have clowns in it, per se, the carnival aspects of this classic horror film were definitely influential as I was writing PIROUETTE. So much that I paid homage to one of the more creepier aspects of the film—that of Kevin Conways roles as three different carnival barkers, by making the ringmaster, the Barker, and leader of the clowns all related as triplet brothers running the circus in PIROUETTE. So let’s talk about Tobe Hooper’s classic carnie horror film!

Though Tobe Hooper will most likely go down in history for TEXAS CHAINSAW MASSACRE, the director did do some other effective films. Take THE FUNHOUSE for example. This was a film I saw the trailers for as a kid and was dying to see, but wasn’t allowed to do so. When I did get to see it, it was such a special experience that even if it was a piece of shit, I would have savored it because it was denied my viewing for so long. Luckily, though, THE FUNHOUSE is anything but and one of the best films I’m reviewing in this week’s column. 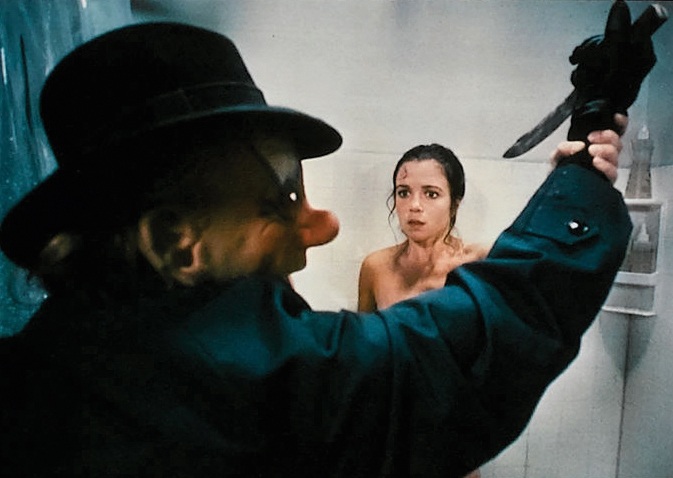 Elements of TEXAS CHAINSAW MASSACRE abound in this stalk and slash film set in a carnival amusement park. Hooper’s attention to sleazy detail come to the surface once again as a quartet of teens make their way through sideshow attractions of two headed cows and dancing girls. The automated mannequins of the sideshow, as well as the other intricate set pieces designed for the funhouse ride itself, are insanely detailed, yet bear the grime of age and overuse. The rusty moving dolls click and whirr, moving in a ragged and unconventional fashion that one can’t help but be creeped out by. The carnival in this film comes alive and though in some cases the same actors are used (Kevin Conway is in this one in three different roles as three different styles of sideshow barkers), all exude that twisted carnie gruff and roughness that can’t be washed off. 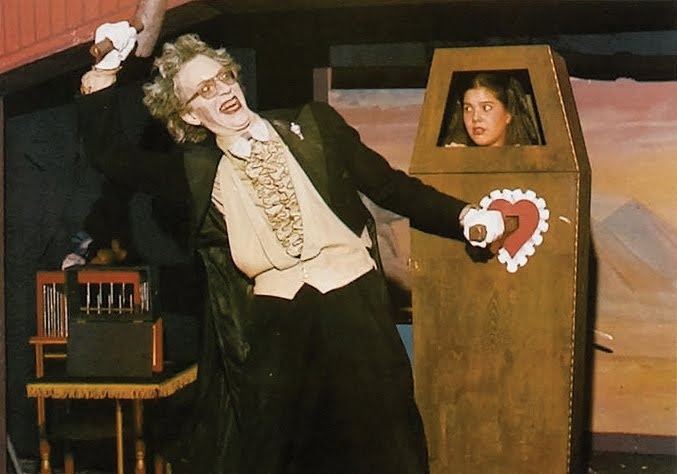 Shades of Hooper’s sequel TEXAS CHAINSAW MASSACRE 2 also surface in this earlier film as the monster itself, Gunther, is motivated by sexual rage and is more of a walking, clawing, drooling penis monster than anything else, much like Leatherface in TCM2 with his tendency to use his chainsaw as a symbol for his sexuality in that film. The theme of sex and death is prevalent in most slasher films, but here it is present almost in every story beat. BRIDE OF FRANKENSTEIN is playing on the television at the beginning and a poster of Frankenstein’s Monster is prominent on the wall. This story of a monster looking for a mate moves to the forefront as Gunther first tries and fails to purchase sex from a fellow carnie, which ends badly and then pursues the two female protagonists throughout the film as they try to escape the funhouse they become trapped in. In a scene that is almost never shown in slasher films, one of the girls even offers herself up for sex in hopes to escape being murdered by Gunther.

Though slasher tome wasn’t necessarily written in stone yet in 1981, Hooper bucks convention by having his lead actress and final girl Elizabeth Berridge smoke weed, have sex, and even appear nude in a shower scene reminiscent of HALLOWEEN with a mask being slid over the camera and then voyeuristically entering the bathroom to disrupt a shower. Though some may see this as a swipe, it felt more like a wink to a fellow filmmaker who was having a particularly good run than anything else. The scene itself is also cut much like PSYCHO’s famous scene with choppy edits at the reveal.

The cast in this one is amazing, as Berridge went on to star in AMADEUS. The kid who plays her brother, Shawn Carson, went on to star in another carnival horror film SOMETHING WICKED THIS WAY COMES, and the aforementioned Kevin Conway who went on to be a talented character actor in GETTYSBURGH and OZ. Hell, it’s even kind of cool that the writer of this film went on to write the abysmal 1990 version of CAPTAIN AMERICA. And if you look closely, you’ll recognize the PHANTOM OF THE PARADISE himself William Finley as the twisted pale-faced magician.

THE FUNHOUSE pulls no punches and puts the teens who think it would be a good idea to sneak out of the Funhouse ride and spend the night in the carnival making out and getting into goofy teenage no-good. It has some gory kills and an absolutely horrifying monster in Gunther, a split faced monstrosity who moves like a spastic and uncontrollable animal. Hooper even adds creepy little details which give off a feeling of unease, such as an apathetic mother’s alcoholism and a scene where a carnie who “rescues” the young boy suggesting that he may have molested him a bit before returning him home. All in all, if you’re looking for a truly effective stalk and slash film which turns convention on its ear and isn’t afraid to go for the jugular, THE FUNHOUSE is the place to be. 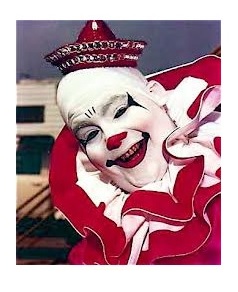