AICN HORROR Send in the Clowns: Ambush Bug celebrates the news of his new comic book PIROUETTE with a look at the clown horrors of THE LAST CIRCUS!

PIROUETTE is a comic I’ve been developing for a quite a while with interior art from the fantastic Carlos Granda and a first issue cover by Ale Garza. Here’s the official synopsis; Raised from infancy by duplicitous clowns who entertain by day and menace by night, Pirouette dreams of washing the paint from her face and escaping to a better life far away from her cruel circus family… because when the spotlights dim and the crowds disperse, the clown princess’ big-top dreams give way to a nightmarish world of monsters with painted smiles. The book hits all of the coolest of cool comic shops in September, but you’ve got to tell your store owner to order it now in order to get it!

I’m starting out this Clown Parade with one of the best circus films I’ve ever seen and one that was highly influential to the story I was writing for PIROUETTE! 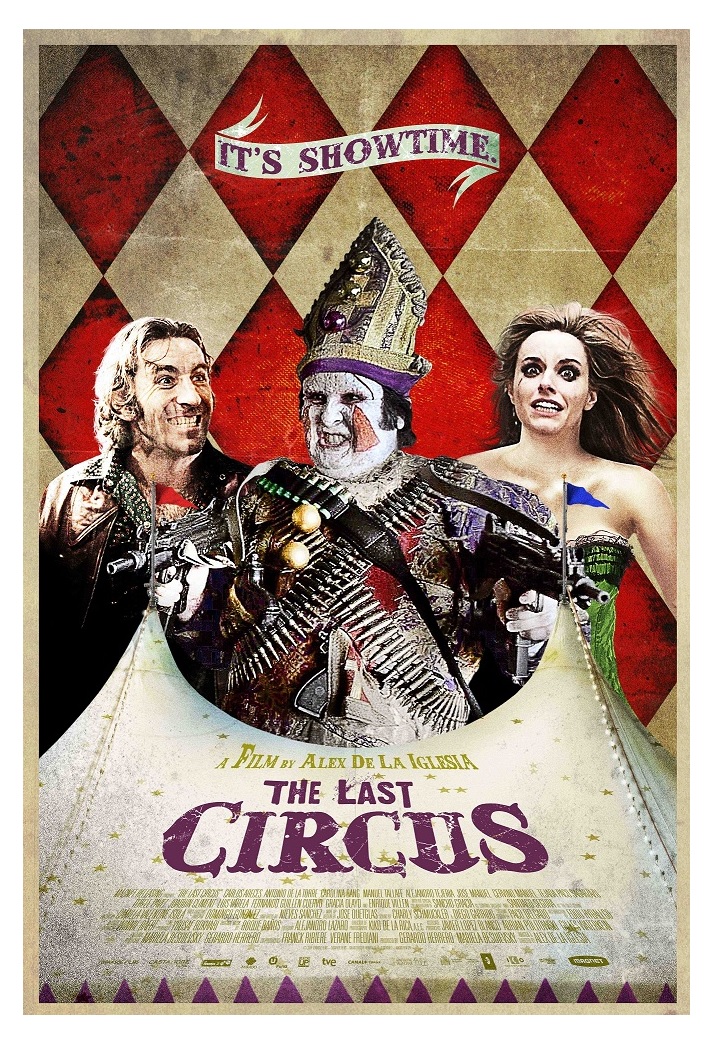 Almost uncategorizable, THE LAST CIRCUS skips from one genre to the next leaving the viewer wondering not only what is going to happen next, but what type of film this will be. In the end, the only way I can categorize it would be as an epic. THE LAST CIRCUS spans many years, many locales, and many characters, mixing a heart-wrenching drama about circus life with a dark comedy about clown culture, but soon becomes a most bizarre horror film and ends with a climax straight from a Burton-esque Batman film. Sound cool? Well, it is. Director Álex de la Iglesia juggles these genres as if he’d been trained in the circus himself, never settling on conventions of any of the genres for too long—just long enough to watch a sad clown stumble aimlessly through his twisted life. 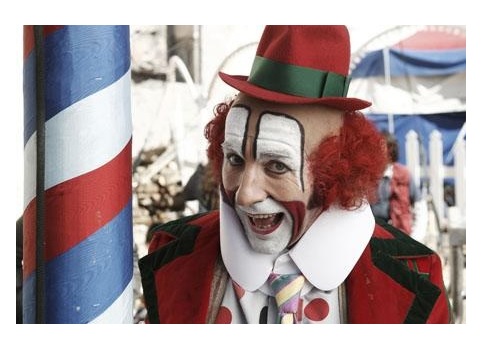 In many ways, I would compare this film in theme to SHAKES THE CLOWN, Bobcat Goldthwait’s cult classic film about the seedy underbelly of clown culture. de la Iglesia goes to great lengths to explain the differences between the sad clown and the happy clown. Seems happy clowns are the stars, loving the spotlight, enjoying life and bringing smiles to children’s faces. Sad clowns have never experienced being a kid, therefore don’t understand them. Instead, the sad clown appears to be the butt of the jokes and spends most of his time making the happy clown look good. Though the story is vastly different, I couldn’t help but think of the dynamic between THE SIMPSONS’ Krusty the Clown and Sideshow Bob, though our sad clown, Javier (played by Carlos Areces who looks like a chubby Tom Lennon), doesn’t covet our happy clown Sergio’s (played by Antonio de la Torre who reminded me of a devilish Kevin Kline) stardom in the circus. Javier is completely content with being a sad clown and plays the role to perfection. But like Sideshow Bob, Javier does covet something owned by the happy clown: his girlfriend Natalia (played by the gorgeous and talented Carolina Bang), who stars as the circus’ main acrobat performer. Though he is abusive to Natalia, Sergio seems to have her heart, but when she befriends Javier, almost out of spite, she doesn’t know how unstable the sad clown really is. Soon, the two fall somewhat in love, but the relationship is much more complex than that, with Natalia metaphorically swinging from the trapeze from one clown to the other throughout the film. 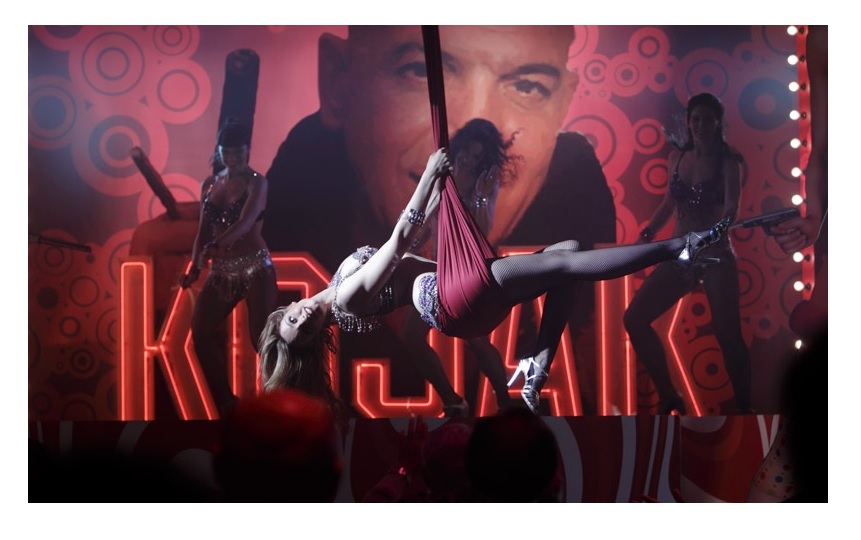 On top of the intense emotions at play, THE LAST CIRCUS is a visual Old Town Buffet with expansive set pieces such as circus big tops, battlefields littered with military forces, rolling countrysides, dark forests, trippy dream sequences, carnival parks, night clubs with a Kojak theme, and a bell tower sequence that is as gothic and comic booky as they come. Did I forget to mention that the bulk of this film takes place in the 1970’s so everything is steeped in the styles and culture of that decade as well?

Carlos Areces is a new face for me, but one who plays a man who is clearly bent to perfection. He is a chunky man-child, experiencing the world through wide, sad eyes. He is utterly endearing in some scenes, horrifying in others. His descent from boy to clown to man to beast to tool of redemption may be over the top, but utterly believable given de la Iglesia’s lens and his completely brave performance. Carlos Areces, as well, turns in a powerful performance who is a happy clown who would be a murderer if he wasn’t able to make children laugh. His snake-like eyes glaring from beneath his clown make-up makes for truly one of the scariest performances by a clown ever on screen. The hatred between these two clowns boils molten right up until the very end of the film.

THE LAST CIRCUS is an epic masterpiece filled with insanity, violence, heartbreak, visuals both marvelous and nightmarish, and completely, utterly original in every sense of the word. You’ve never seen anything like THE LAST CIRCUS before, I promise you! 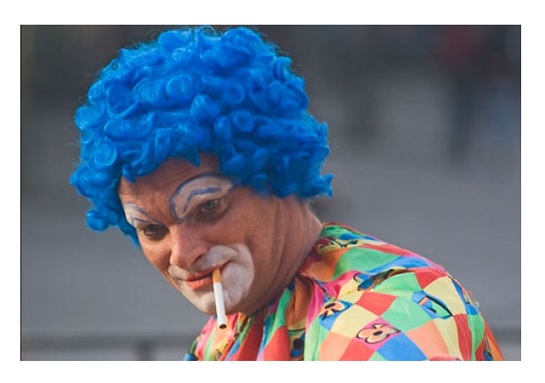