Hey folks, Harry here with 3rd Picks & Peeks of June and everything is AWESOME!!! THE LEGO MOVIE is one of those pure happy jolts and you must have it within arms reach at all times. Another lite week, but it happens. As always the links and pics take you to AMAZON where you can learn more on the titles, and if motivated, you can purchase for home delivery. Every purchase through one of these links helps keeps the best efforts of the column going. The column represents a whole lot of screening time and I love doing it – I’ve learned so much working on this column, as you can see if you check out the Picks & Peeks App that’s linked above. Over 10 years of reviewing thousands of titles easily searchable and browsable in your Android or iFriendly devices. 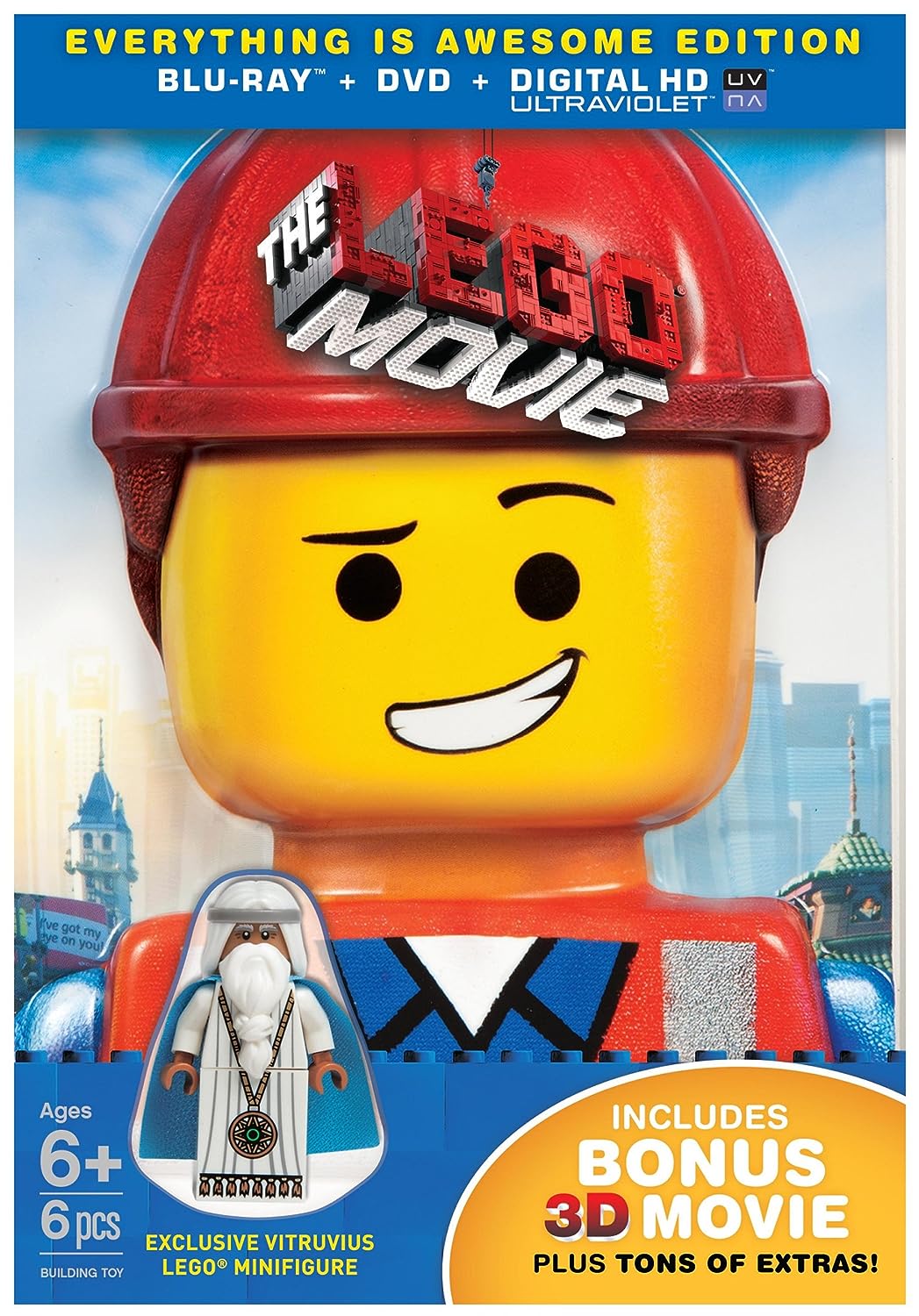 If somehow – you didn’t see this in a movie theater, perhaps you felt like that would be too childish to be see publicly going to THE LEGO MOVIE un escorted by a child. This is where the internet pays off. ANONYMITY. This shit will be delivered straight to your home in packing material that folks could just assume you bought porn instead. You’re adulthood is our secret. Because you need THE LEGO MOVIE in your life. You see that Lego character that comes in this edition… that’s Morgan Freeman’s prophet character in the movie. Directed by Phil Lord & Christopher Miller… the same guys responsible for CLOUDY WITH A CHANCE OF MEATBALLS, 21 JUMP STREET and this week’s 22 JUMP STREET. They get funny. And whil THE LEGO MOVIE may seem like a gigantic corporate commercial… and it actually is… but I guarantee you, this film will take turns that you will not expect – and you’ll howl with approval. The twists and turns are great! I love the film. Now – specifically here you get the 3D Blu Ray disc – and if you have a system that you love 3D on, this 3D BLU RAY is an absolute must buy. The 3D is jaw dropping. Just beautiful to behold. Seriously. Amazing. The optics that they chose to emulate for this film is that of shooting very small things… limited depth of focus – and yet… when they rack to the far background elements you’ll be stunned. Great depth – and in the laser fights – the coming at ya aspect is also outstanding. The voice casting and the characters mashed together in the truly unifying stratum that is LEGO the brand… I could see Ernest Cline’s READY PLAYER ONE done in this format to high success! THE LEGO MOVIE is concentrated happy. SPACESHIP! SPACESHIP! SPACESHIP! You’ll want to experience this film several times. It really is that contagious! 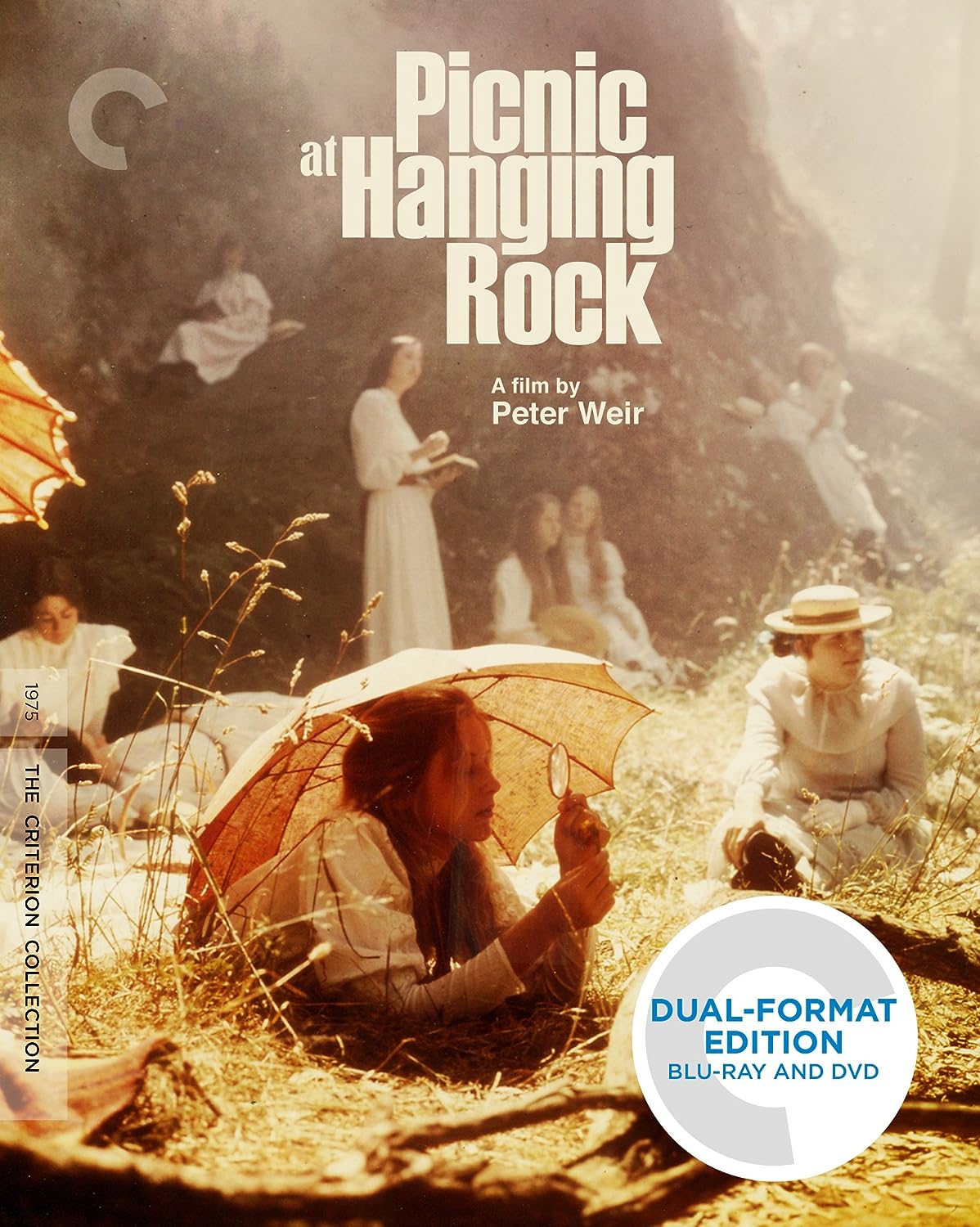 Peter Weir is a director that has never disappointed me. He’s made films that I will never ever forget, like: THE MOSQUITO COAST, GALLIPOLI, DEAD POETS SOCIETY, MASTER AND COMMANDER, THE TRUMAN SHOW, FEARLESS, WITNESS and most definitely PICNIC AT HANGING ROCK! If you look at that list of films you see movies that provoke conversations and debates… but satisfying ones. Rip-Roaring smart films that are exquisitely made and thouroughly mesmerizing. Stunningly shot, open to many interpretations but for me… completely satisfying. Criterion’s transfer is superb as always – and they did a great job putting together a whole lot of extras. I tend to lean towards supernatural events personally. But see what you see. It’s a fun one. 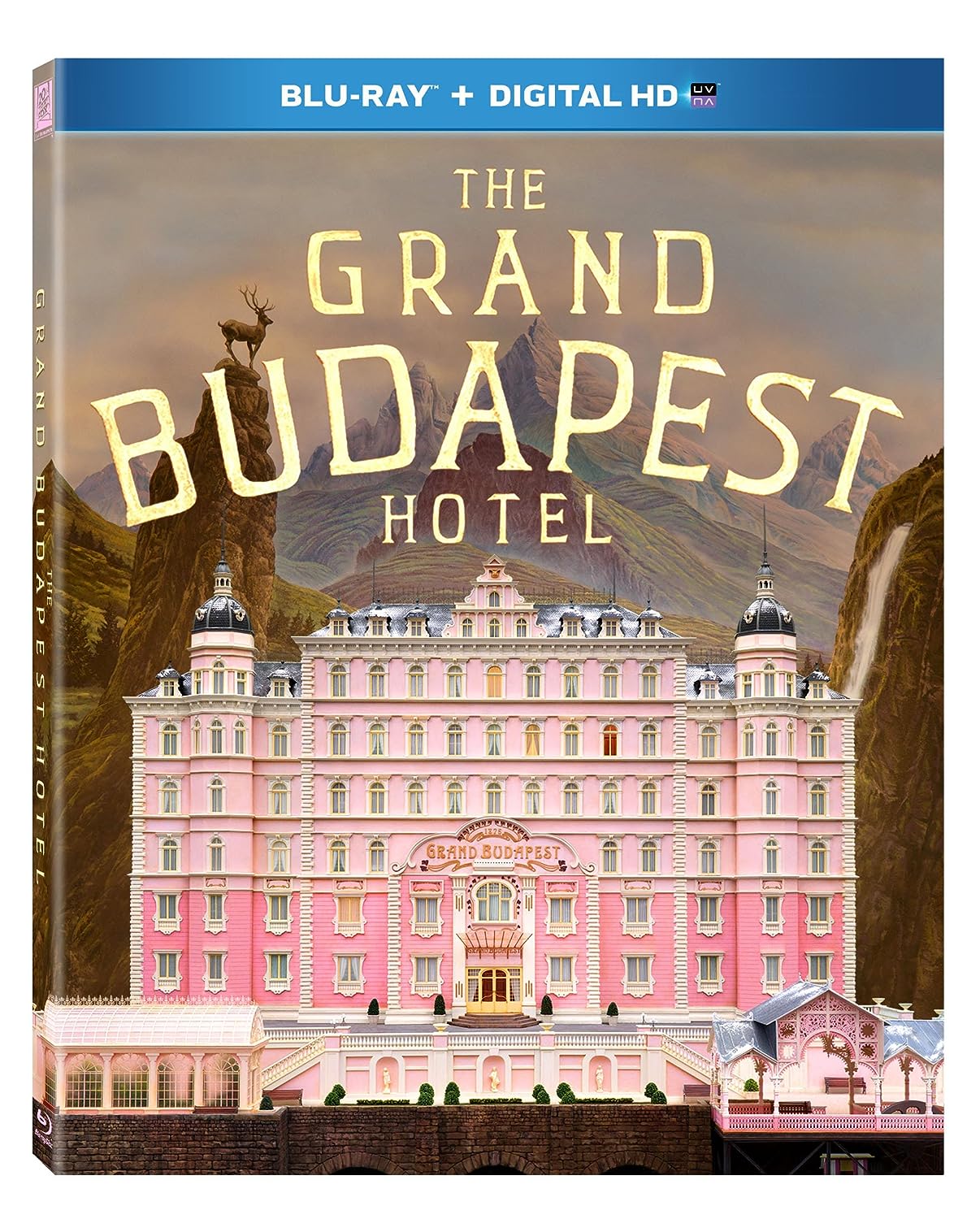 A thrilling adventure of great amusement!!! The turning point film for the Wes Anderson that showed up to direct THE GRAND BUDAPEST HOTEL was the Wes Anderson that directed THE FANTASTIC MR. FOX… The kinds of shots, the use of models and miniatures to heighten the STYLE of ACTION into being something… whimsical and magical. This is classic cinema handiwork at play. Exquisitely crafted. Interstellar casting throughout. I love every breath of this movie… every trick and play. I love the make up and the pacing. And while I know that many years from now there will most likely be a Criterion Blu that will have endless extras… perhaps there won’t be either… and this disc is not without its own special features including a bit with Bill Murray running around the town they shot in! It’s fantastic! In total there’s about 30 minutes of extras – all of which I greatly enjoyed. This is a film to introduce to your friends that have yet to discover Wes Anderson. This is a tale that sweeps you up into the wildness of the details. I’m going to watch this quite a bit. 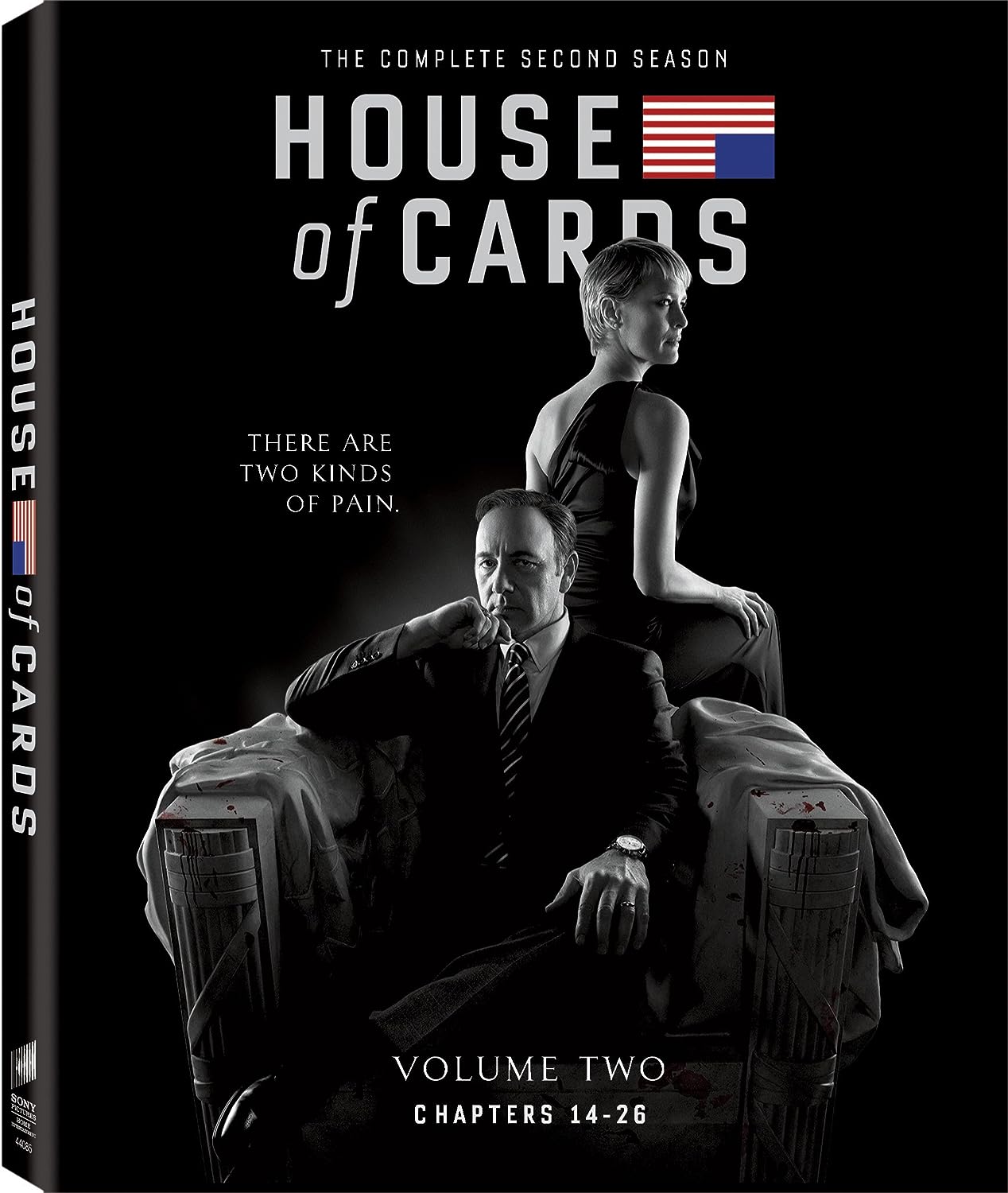 I love this show. I watched the show to prepare for my interview with Beau Willimon for Season 2 of AIN’T IT COOL WITH HARRY KNOWLES – which has been picked up for KLRU-Q Broadcasting out of Austin… The reason I fell in love was in very short fashion I devoured Season 1 & 2 on Netflix. But I know a lot of you don’t have Netflix… Kevin Spacey has always been Keyzer Soze to me… however the icon-making role of Francis Underwood is definitely right up there. The day the third season drops is a day where I get to have a big smile on my face, but otherwise… I’ll be pretty damn useless that day. Cuz I love this thing. I flirted with political aspirations until I decided a life dedicated to film passion was a life better spent in my mind. Crazy I know… but watching HOUSE OF CARDS makes you think that it was safer to be a member of the Roman Senate than our own. While Francis is truly amazing to watch on this show… Robin Wright’s Claire Underwood is also absolutely captivating. I can’t imagine not keeping my Netflix connection, especially with the Marvel series coming… but I swear these Blu Rays are sharper than my Netflix stream and I’m over 50 mbs here. This show is style guided by Fincher and it shows. The show is immaculate! 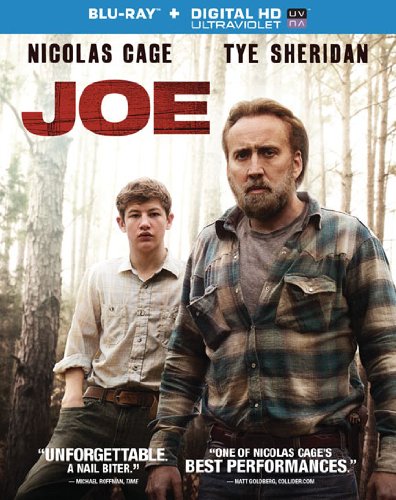 Nicolas Cage is someone that I’ll always give a chance or two on everyone of his movies. Be they batshit insane or teetering on the edge of brilliance… Nicolas Cage is one interesting performer. In JOE – he’s just flat out brilliant. I mean he’s just giving us one of those REALLY GREAT Cage performances, from all outward appearances he’s an alcoholic loser… but when it counts, he’s exactly the right guy for your corner. The kid, Tye Sheridan – he’s outstanding in this too! All this quality – where’d it come from? I mean… it don’t just magically appear. Oh, the director is David Gordon Green and he’s kicking ass yet again! Wanna see a great Cage flick? This is it. 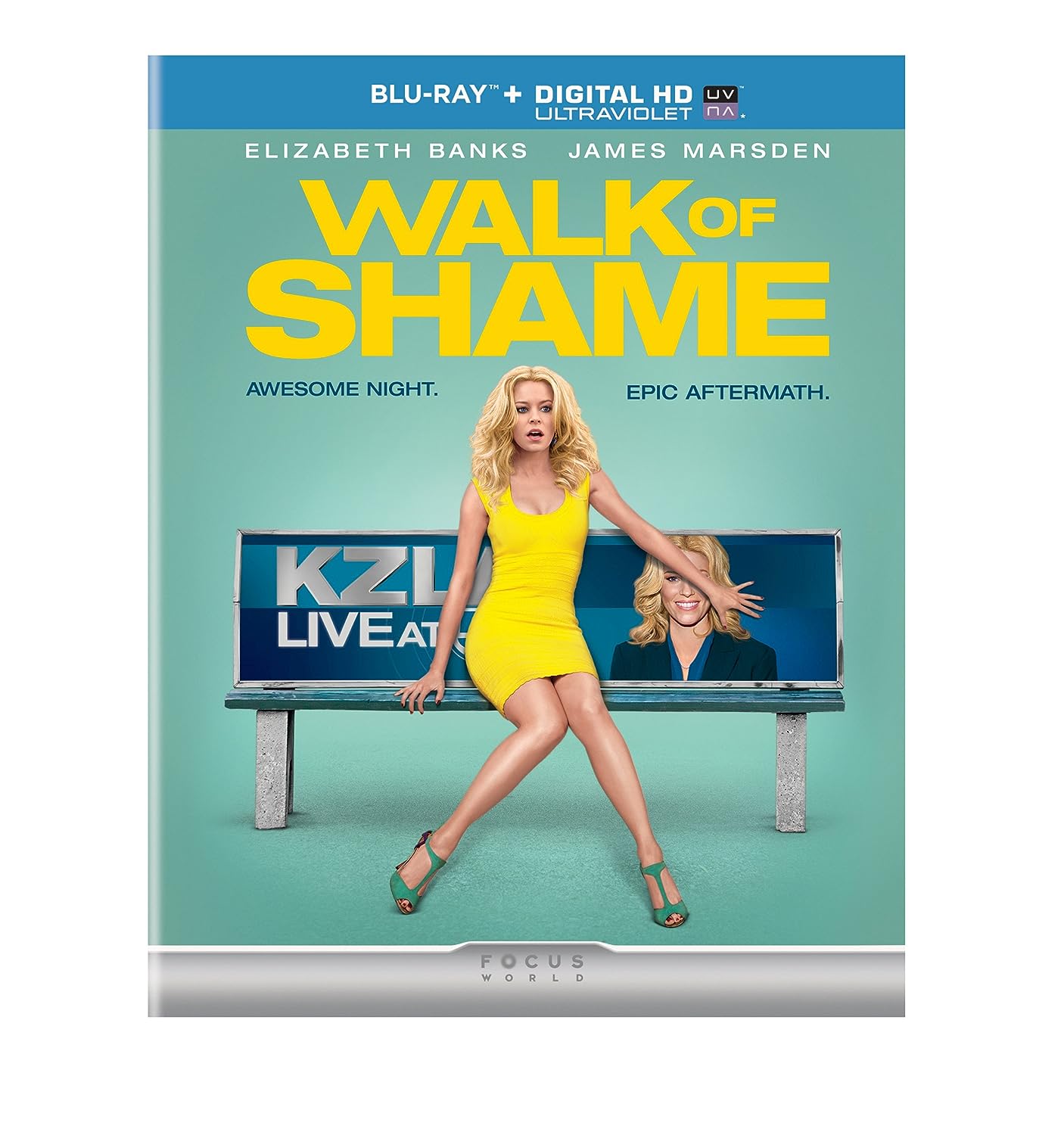 I do not think this film won me over even though it had everything go for it. I mean, who doesn’t love Elizabeth Banks? It’s the writing that isn’t as sharp as what I was hoping for. It is a completely watchable comedy with Banks… I just wish she and everyone else in this film had better material… and that includes director Steven Brill, who has kicked ass on many occassions before. Love the crackhouse sequence, it’s just so warm and funny. 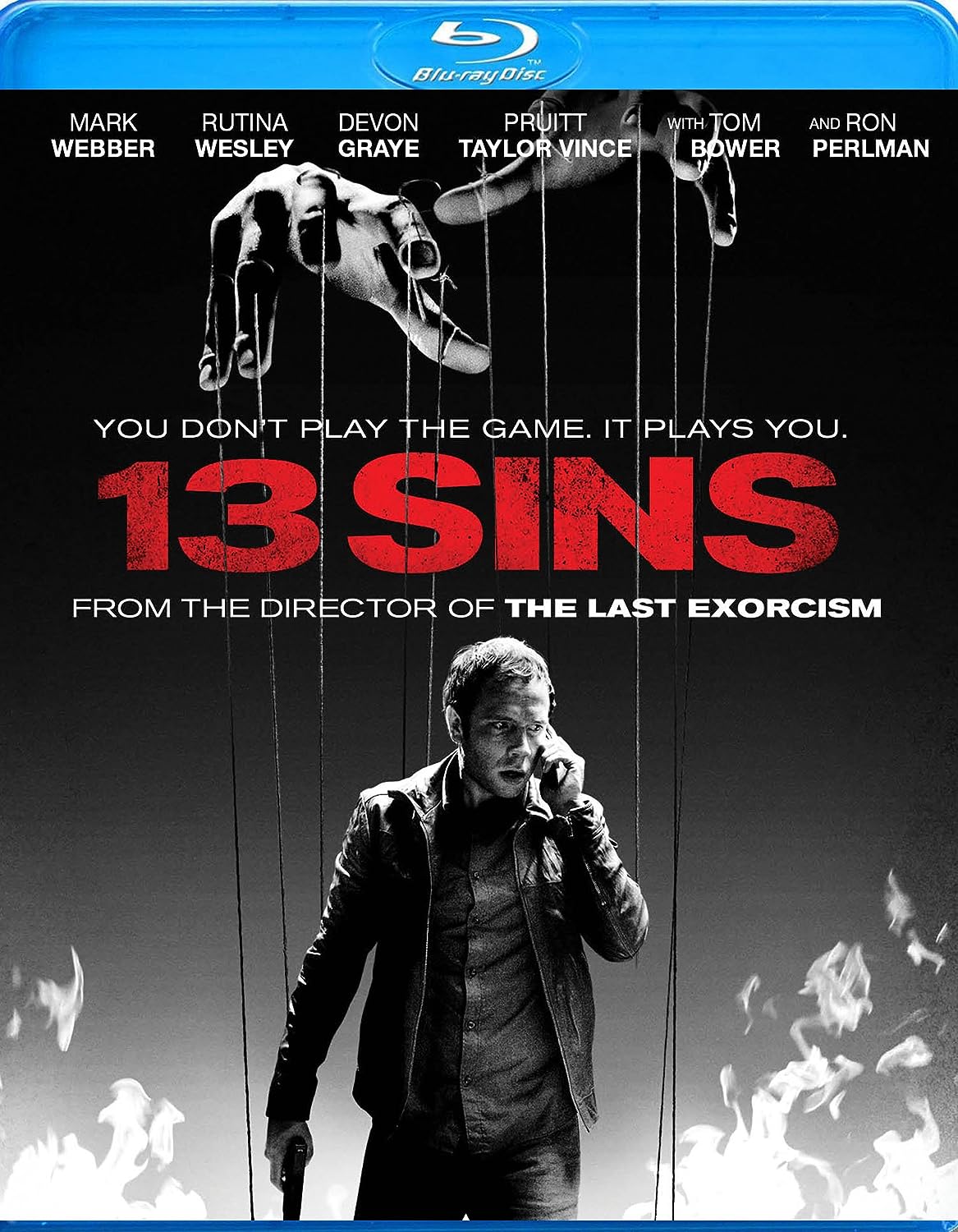 I really love this film! An excellent double feature with CHEAP THRILLS… except – instead of going out partying with a couple that is in the room manipulating you to riches… it’s the eye of fucking Sauron sending you texts and phone calls. Ok, not literally the Eye of Sauron… but EVIL all the same. It stars Mark Webber as the man hooked. It also has Ron Perlman, which means you must own it because it’s a basic rule that we own all movies with Ron Perlman. Great totally fucked up situation. Each request fulfilled results in instantaneous deposits of large sums of money into your bank account. Kill a fly. Sure… but it gets worse… real bad…. And you wonder, does this happen? Ya know? 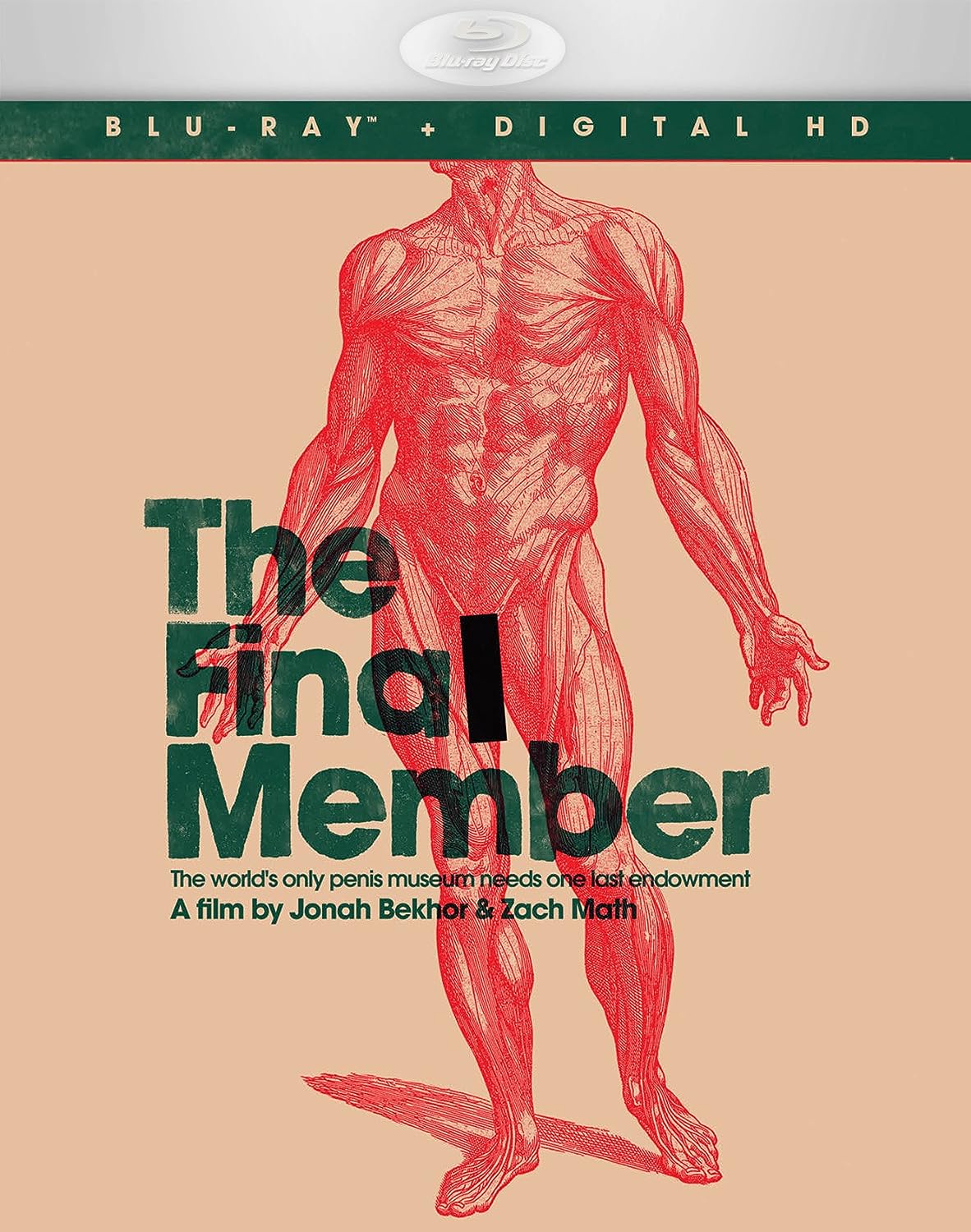 When I was a small boy I caught the end of my dick in the zipper treads and it made me phobic of cock catastrophes. So, I’ve been actively avoiding seeing this film, even if it is being distributed by Tim League. I don’t mind penis damage in horror films, cannibal flicks… because… it ain’t real. This is a documentary about an Icelandic Penis Museum’s quest for its first real human pecker. I should have known the film would be beautifully stunning, confounding, hilarious and awesomely bizarre. You’ve really got to see this thing, the American guy that wants to donate his penis first is… AMAZING. You’ve kinda gotta haveta see him. I mean, this is a real person and you’re just not gonna believe. I mean, you’d think the guy that dedicated his life to collecting penises of all species he could to be weird, but he’s oddly normal seeming. But the American. Coco for Cocoa Puffs, ya know?

That’s it for this week… Next week we get Criterion’s A HARD DAY’S NIGHT, 300 RISE OF AN EMPIRE 3D Blu, STAR TREK: THE NEXT GENERATION Sixth Season Blu, ENEMY Blu, WINTER’S TALE Blu, BLOOD TIES Blu, SCREAMERS Blu, WOLF CREEK 2 Blu, THE CHEF THE ACTOR THE SCOUNDREL Blu and a couple other treats! Till then, keep watching the screens!!!