Brian Cox to play around with Sandler, James, and Dinklage in PIXELS! 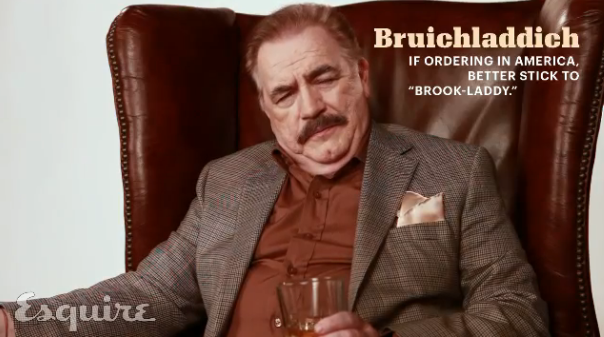 I find myself of two minds in regards to this project.

On one hand, I haven't been a fan of the Sandler-starring Happy Madison flicks since maybe the company's conception. A funny, reasonably intelligent guy, Sandler openly admits to leaning on exotic locales, lazy plot contrivances, goofy cameos, and the lowest-of-brow gags. Even at a Santa Monica concert where he played a fun, lively set, he admitted he only agreed to show because the venue was "down the street" from his house. Stuff like PUNCH-DRUNK LOVE and FUNNY PEOPLE proves that he has gas in his tank, creatively, but his unwillingness to break it out with any sort of regularity really turns me off of the high-and-low-concept comedies he and his cronies churn out year after year.

ON THE OTHER HAND...

Aside from having a big-name director onboard (who's played a part in such films as GREMLINS, THE GOONIES, and HOME ALONE), and not one of  Sandler's guys like Dennis Dugan, Steve Brill, or Frank Coraci, and aside from the geek-friendly video game-centric premise, he's landed three genuinely exciting, talented names for his cast. Peter Dinklage and Michelle Monaghan are magnetic-as-hell talents, both having shown the best of their ability on recent HBO series (GOT and TRUE DETECTIVE, respectively). And now, he's got Brian friggin' Cox.

Obviously, Cox is more known for his dramatic stuff like MANHUNTER, RISE OF THE PLANET OF THE APES, TROY, etc., but when he decides to do comedy, he's often able to steal scenes wholesale from more established comic actors. Think his wheelchair-bound dean in RUSHMORE, his vicious turn as Robert McKee in ADAPTATION, and my personal favorite, his just-barely-in-charge Captain O'Hagan in SUPER TROOPERS. He knows how to get big laughs while creating a legitimate, belivable character, and without winking at the audience.

He's playing an "Admiral Porter," ostensibly a military blowhard who challenges the crew of geeky gamers Kevin James' president calls in to fight off the invading pixels, but I'm hoping the character isn't a stock, "Blow it all to hell!" type (like the one David Straithairn failed to humanize in GODZILLA). To Sandler and writers Tim Herlihy and Tim Dowling: give Cox some juicy comic material. Not only can he handle it, he just may teach you boys a thing or two about professionalism AND comedy.