DAMMIT! We are going to have to wait until next year to see the Wachowski's JUPITER ASCENDING! 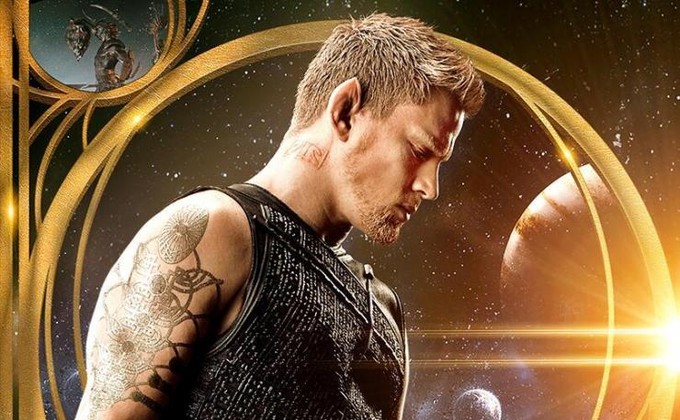 A busy news day has to end on a little bit of a bummer, as it was announced that the Wachowski’s sci-fi epic JUPITER ASCENDING has been delayed from its planned release in just a few weeks on July 18th to now February 6th, 2015.

While delaying a blockbuster and tentpole from a prime summer slot to a release in February is usually bad news, there are a few different ways of looking at this news. The optimistic view is that there have been rumors for many months that the film was not close to being finished and potentially needed more time. Now, the extra time gives the Wachowskis breathing room to finish the effects work and editing so they aren’t releasing a film before its ready. It also gives WB a little more time to figure out how to market this crazy looking film.

On the other hand, the buzz on the film has been mixed at best so far. The response to the trailers that have been released has many baffled and others declaring the film a failure before ever seeing it. In a world of comic book films and sequels, there was the potential JUPITER ASCENDING would get lost in the summer. After the financial trouble WB had with both SPEED RACER and CLOUD ATLAS, (both of which I love) they might have been scared off from some of the negative buzz the film had accrued and decided to release it in a less competitive month because they don't have a lot of confidence in it.

The other interesting bit here, is that WB is now planning to release the film against the fantasy film and also long delayed, SEVENTH SON. WB used to own the rights to SEVENTH SON but delayed the film multiple times and then gave it to Universal in the Legendary deal. The buzz on that film has been toxic and WB did not want to release it. This might mean that WB is hoping that releasing JUPITER ASCENDING against SEVENTH SON will take most of the negative buzz and publicity (if there is any) away from the Wachowski’s film.

Whatever the reason for the delay is, I know that at the very least JUPITER ASCENDING will be an interesting film that will contain a lot of big, original ideas and for that I choose to continue to be optimistic about the film. Original sci-fi from the Wachowskis will always be something I will get excited for. Finally, we don't get a lot of big budget films that take major risks anymore, so it is something to be supported even if the studios can't figure out how to market them to mainstream audiences.