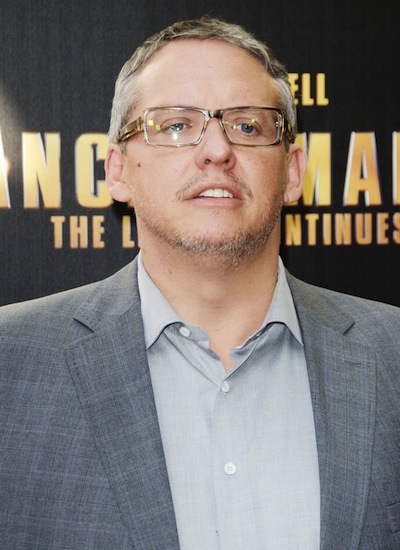 It was only this morning that The Hollywood Reporter revealed the three finalists in Marvel Studios search for a new ANT-MAN director. This evening, I'm being told that Adam McKay is in talks with Marvel to replace Edgar Wright behind the camera.

Marvel made the offer this afternoon, and, given that Marvel wants to keep its July 17, 2015 release date, both sides are expected to quickly work out a deal. While I have no reason to doubt Marvel had multiple options on the table, I'm told they did not meet with Ruben Fleischer (ZOMBIELAND) or Rawson Marshall Thurber (WE'RE THE MILLERS). I'm still gathering details, but I'm betting McKay's familiarity with ANT-MAN star Paul Rudd played a significant role in his hiring.

I will always be disappointed Edgar Wright didn't get to bring his vision to the screen, but McKay feels like the best possible replacement (though I'm surprised he'd make a film outside of his production company, Gary Sanchez, especially since Marvel has a reputation for being frugal). All of the set pieces are pre-visualized, so his primary responsibility will be addressing the character/story elements Marvel didn't like in the screenplay Wright wrote with Joe Cornish. With the exception of the intermittently hilarious ANCHORMAN 2, I love all of McKay's movies. Here's hoping he can salvage an unfortunate situation.