The New LEFT BEHIND Adaptation Gets Its First Trailer… 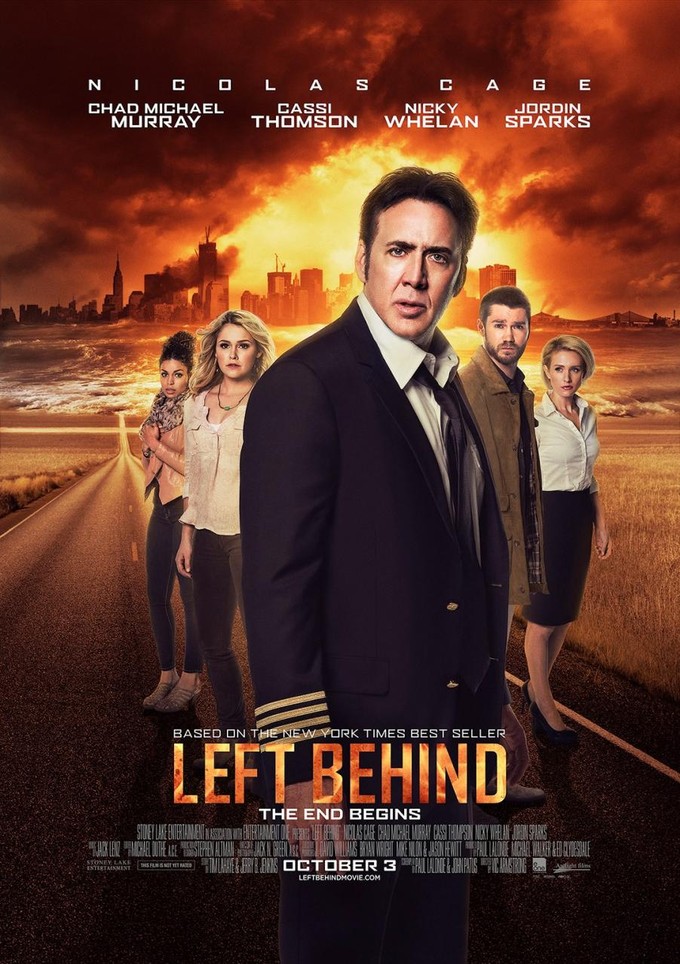 The first trailer for LEFT BEHIND now hits The Net, making very sure to plug the religious overtones driving the series of books on which the picture is based.

Starring Nicolas Cage, HOWARD THE DUCK’s Lea Thompson, and William Ragsdale (from the original FRIGHT NIGHT), LEFT BEHIND is helmed by the mighty Vic Armstrong - a stunt coordinator with an astonishing array of credits (check his IMDB).  Armstrong previously directed a Dolph Lundgren knock-off called ARMY OF ONE, as well as YOUNG INDIANA JONES CHRONICLES.

LEFT BEHIND was previously brought to screens 14 years ago in a release starring GROWING PAINS’ Kirk Cameron.