Behold Affleck As Batman And His Batmobile From The Upcoming MAN OF STEEL Sequelish Movie!!

Following yesterday’s tease, Zack Snyder has made good on his promise and at long last has revealed Ben Affleck as Batman and the character’s Batmobile - both to be seen in the upcoming MAN OF STEEL sequel/JLA launch thing, which is set to begin shooting very soon.  [EMBIGGENABLE to much higher res...thanks Talkbacker Murraypalooza!] 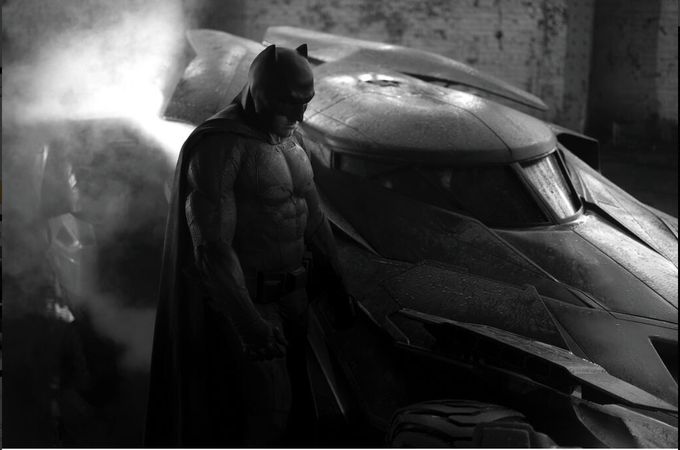 This comes to us via Snyder’s Twitter stream, with the context:

I shot this with my @Leica_Camera M Monochrom.

The movie, still not officially titled, opens May 2016.