Been wondering about Johnny and Sue Storm's lineage in FANTASTIC FOUR? Well, now we know who's playing their dad! 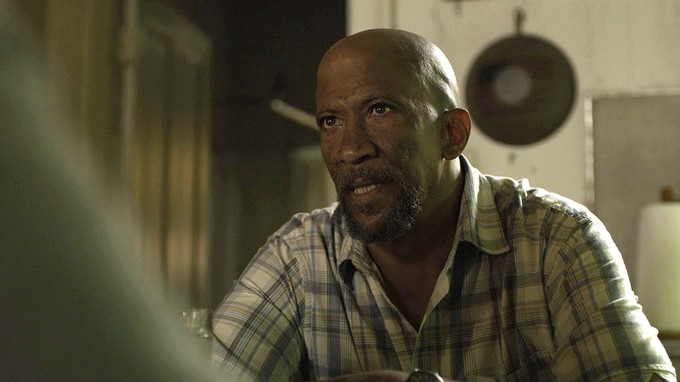 When Kate Mara and Michael B. Jordan were announced to play Sue and Johnny Storm, respectively, fanboys were in an uproar, not least due to the fact that Mr. Jordan happens to be African-American while Mara, er, is not. Lotta questions came out. "Were they adopted?" "Are they still brother and sister?" "Is Mara playing a black person?" "Wait…am I really a racist for wanting Johnny Storm to be white?"

Well, we have an answer to (some of) those questions, thanks to Hollywood Reporter. Reg E. Cathy will be playing Dr. Storm, the "scientist father" of the future Human Torch and Invisible Woman.

Cathy has been an established character actor for over 25 years, and you've no doubt seen his work before, even if you didn't know it. He's popped up in films like SE7EN, THE MASK ("The doctor is here to operate"), AIRHEADS, POOTIE TANG (as the perennially filthy Dirty Dee), S.W.A.T., THE MACHINIST, TANK GIRL, and AMERICAN PSYCHO (he was Patrick Bateman's first kill, the homeless guy in the alley). He's had runs on several HBO series, including THE CORNER, THE WIRE, and OZ, and just had one of the showiest roles in his career on HOUSE OF CARDS. It's his rib-slinging Freddy on that series that immediately comes to mind when I think of Mr. Cathy, and it's a great showcase for his intense presence, gravelly voice, and understated toughness.

No clue on how big his role will be in the final film, but this will probably expose Cathy to the biggest audience of his career. Hopefully, he's given enough screentime to register as more than an obligatory plot point.

As for how he'd father the decidedly-caucasian Kate Mara, I guess his wife's white?

Visit NBCNews.com for breaking news, world news, and news about the economy